Methane emissions from the global oil and gas industry fell 10% year-on-year in 2020, the International Energy Agency (IEA) has revealed. But the body believes this is mostly because of lockdown restrictions, rather than heightened environmental ambitions. 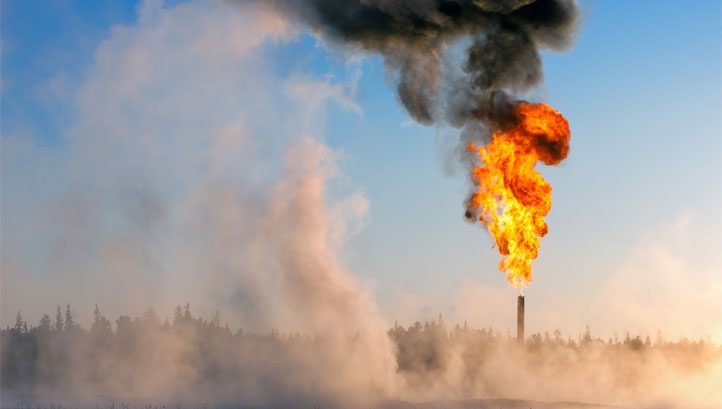 The IEA has today (18 January) published the annual update to its Methane Tracker, revealing that oil and gas operations worldwide emitted around 70 million tonnes of the greenhouse gas during 2020. This figure was down from some 77 million tonnes in 2019, marking the biggest year-on-year decline in modern history. For context, the IEA estimates that the EU’s total annual energy-related CO2e emissions are 70 million tonnes.

According to the report, this reduction was not because oil and gas majors are investing in the education, infrastructure and technologies needed to reduce methane leaks – it was simply because they slowed production. Due to restrictions on international travel and nation-specific rules for sectors that consume large quantities of fossil fuels, such as heavy industry, oil demand was around 9.3 thousand barrels a day lower in 2020 than 2019.

With this in mind, the IEA has published a regulatory roadmap and a toolkit, designed to guide both policymakers seeking to update regulations on methane from the oil and gas sectors, and oil and gas firms looking to reduce their methane emissions. On the former, the IEA is keen to see nations including commitments on methane in their updated Paris Agreement Pledges ahead of COP26 in Glasgow later this year.

“The immediate task now for the oil and gas industry is to make sure that there is no resurgence in methane emissions, even as the world economy recovers, and that 2019 becomes their historical peak,” the IEA’s executive director Fatih Birol said. “There is no good reason to allow these harmful leaks to continue, and there is every reason for responsible operators to ensure that they are addressed.”

In related news, multinational energy major Total has withdrawn its membership to the American Petroleum Institute (API), citing climate grounds as the core reason. The API has lobbied for a rollback of tighter regulations on methane emissions in the US; against subsidies for electric vehicles and against rising carbon prices in recent years.

Total said in a statement that the trade body’s lobbying activities, requirements for members and finance plans got against its support for Paris Agreement alignment. The company notably committed to reaching net-zero emissions by 2050 across its operations and products –  covering Scope 1, 2 and 3 emissions – in 2020. It has said it will move the target date forward if possible.

The statement from Total raises questions as to whether other oil majors will leave the API, given the growing movement towards setting net-zero targets in the sector. Other members include Royal Dutch Shell.