Industrial equipment manufacturer JCB has signed a deal to purchase billions of pounds' worth of green hydrogen from Australia, and confirmed plans to accelerate the development of the next generation of hydrogen engines. 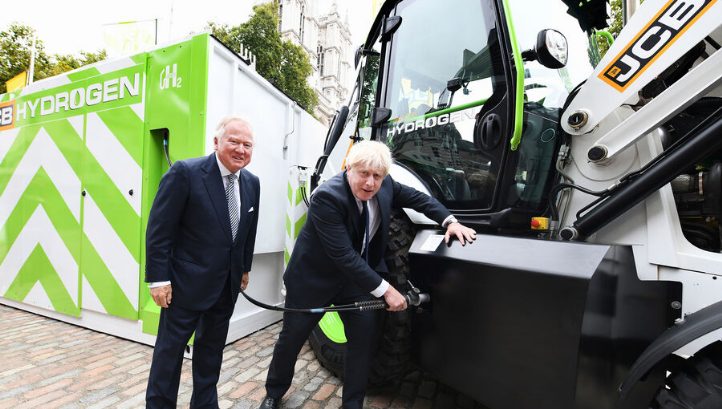 The green hydrogen purchase deal, announced on Sunday (31 October), will see JCB taking 10% of the hydrogen generated by Australia-based firm Fortescue Future Industries (FFI), which is striving to produce 15 million tonnes annually by 2030.

Production of FFI’s green hydrogen is expected to begin next year, predominantly in Australia. The fuel will be produced by splitting water using electrolysers, powered by 100% renewable electricity. It will then be sent to UK-based firm Ryze Hydrogen for distribution to JCB, and any other UK-based firms which complete a purchase agreement.

JCB’s chairman Lord Bamford, who owns Ryze Hydrogen, called the deal “an important step”. He said: “It’s fine having an engine powered by green hydrogen, but no good if customers can’t get green hydrogen to fuel their machines. This is a major advance on the road towards making green hydrogen a viable solution.”

To Bamford’s point on engines, JCB confirmed earlier this month that it will invest £100m in a project working to develop the next generation of “super-efficient” hydrogen engines. The funding will be used to take the total number of engineers working on the R&D from 100 to 150, and to bring the first of the engines to market in late 2022. Prototypes have already been developed.

JCB has stated that it will encourage customers to use low-carbon hydrogen rather than grey hydrogen, which is produced using fossil fuels and has accounted for the vast majority of global hydrogen production to date. It has called grey hydrogen a false climate solution that “causes more pollution than it saves”.

Regardless of its manner of production, hydrogen generates no CO2 when burned for its end-use. But it can, as noted above, be high-carbon across its lifecycle. For the deal with FFI and JCB, the question about how emissions from transporting the hydrogen to the UK will be addressed is yet to be answered.

The UK’s Hydrogen Strategy, released this August, confirms that the nation is striving to host at least 5GW of “low-carbon” hydrogen production by 2030 and to attract £4bn of private investment in the sector in this timeframe. It covers both blue (natural-gas-based) and green hydrogen and the Government has promised a “twin-track” approach, despite reports that blue hydrogen is taking a larger share of the funding than green. There have been some calls to reverse this trend, as natural gas extraction releases methane and as carbon capture technologies are still emerging.

As well as hydrogen solutions, JCB is investing in electrification and in hydrotreated vegetable oil (HVO), a drop-in replacement for diesel.