John Lewis & Partners has pledged not to sell Christmas crackers with plastic toys inside after the 2019 festive season. 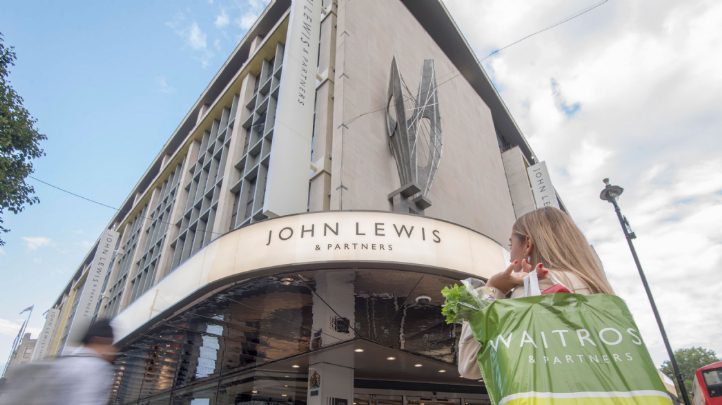 Friends of the Earth and Greenpeace have welcomed the move but claimed it was "a shame" it could not happen sooner. Image: John Lewis & Partners

The move, which will apply to all crackers sold at John Lewis & Partners and Waitrose & Partners stores, will see plastic toys replaced with recyclable metal and paper gifts.

The new range of cracker gifts, due to be introduced in winter 2020, will also be free from plastic glitter. Instead, they will be decorated using embossing or ink.

In a first step in this transition, John Lewis & Partners has debuted a range of “fill your own” crackers, whereby customers add their own gifts at home. The retailer claims these are currently its most popular crackers.

Building on Waitrose & Partners’ pledge to phase out plastic glitter from its own-label cards, wrap, crackers, tags, flowers and plants by Christmas 2020, John Lewis & Partners has also made the same commitment.

The firm claims that its own-brand offerings for Christmas 2019 contain two-thirds less glitter, by weight, than its Christmas 2018 range, and that it is working with suppliers to tackle the remaining glitter.

“Reducing the amount of single-use plastic in products and packaging is really important to us and our customers,” Cooper said. “I’m always searching for new, more sustainable products which will make Christmas sparkle but won’t end up spoiling our environment.”

In related news, Waitrose & Partners has this week published data regarding the impact of its ‘Unpacked’ offering of packaging-free, refillable products at its Botley Road store in Oxford.

June’s ‘Unpacked’ launch saw Waitrose & Partners take more than 200 products out of their packaging – from fruit and vegetables, to grains, beer and wine – at one store only.

But the impact of the offering has also seen customers switching to meat and fish lines without single-use packaging nationwide, with year-on-year sales up 4% and 3% at its meat and fish counters respectively.

The meat counter offering undergoing the largest spike in popularity is Waitrose & Partners’ Abervale Lamb, which is marked as sustainably sourced and produced. Sales are up 16% year-on-year. As for the fish counters, sales of mussels are up 36% year-on-year.

“One of the most popular initiatives has been the bring your own containers, with over 50% of Unpacked customers now doing this,” Waitrose & Partners’ head of CSR Tor Harris said. “The increased awareness has made our other customers across the country pick up their containers and bring them into our shops.”

Following the success of the initial ‘Unpacked’ trial, the offering is set to be introduced to Waitrose & Partners’ Abingdon and Wallingford branches in November.