A lack of planned capacity additions to the onshore wind sector could see annual energy costs reach £10bn in the UK – equating to £125 per household – new analysis has warned. 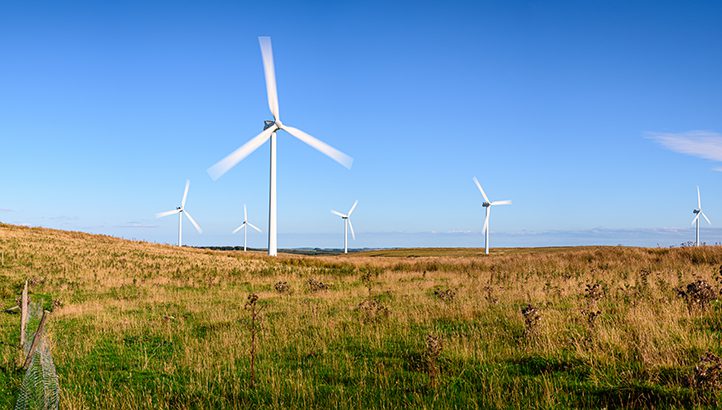 The ECIU warns that the current 20GW target, compared to the rumoured 30GW target that failed to be approved in the strategy, would effectively cost £4bn each year

Research from the ECIU has found that a repeat of the current gas crisis – which has pushed energy bills up in the UK – could be alleviated if the UK were to back the onshore wind sector.

Currently, the UK has 14GW of onshore wind capacity, which is expected to rise to 20GW once projects under construction become operational. However, the ECIU warns that this would not be enough to limit energy costs for households.

The ECIU’s head of analysis Dr Simon Cran-McGreehin said: “It’s difficult to predict exactly what the power system of the future might look like, and hopefully gas will be less dominant over wholesale prices, but these indicative figures show that the price of not investing in onshore wind is high.

“If the build-out of onshore wind is slowed again, in the event of another gas crisis those MPs falsely claiming turbines are unpopular could have to explain to their constituents why they are paying an additional £125 on their bills. Onshore wind is one of the most popular energy technologies with 80% of the public backing it, rising to 87% where households get cheaper bills from a local wind farm.”

The Energy Security Strategy increases the UK’s 2030 target for installed offshore wind capacity from 40GW, an ambition first set in 2020, to 50GW. There is also an ambition for up to 5GW of capacity additions to come from floating wind. These levels of deployment should mean that half of the UK’s installed energy generation capacity in 2030 will be offshore wind.

The Strategy is weaker on onshore wind. There is no target to increase capacity and no nationally applicable changes to planning rules. Despite the fact that Business and Energy Minister Kwasi Kwarteng reportedly pushed for a target to double the UK’s installed wind capacity by 2030 and treble it by 2035, he and Johnson reportedly faced fierce opposition from several other Cabinet Ministers.

This has disappointed many energy experts, who have pointed to the fact that the UK Government’s own figures prove that new onshore wind is currently the cheapest form of domestic energy generation. Moreover, polls by organisations including the Energy & Climate Intelligence Unit (ECIU) have proven that most people would not consider onshore wind farms in their community to be eyesores.

Instead, the Strategy promises that BEIS will “consult this year on developing local partnerships for a limited number of supportive communities who wish to host new onshore wind infrastructure in return for benefits, including lower energy bills”. It argues that offshore wind farms tend to have more public support than onshore ones.

The ECIU warns that the current 20GW target, compared to the rumoured 30GW target that failed to be approved in the strategy, would effectively cost £4bn each year, equivalent to £50 per household. If the gas crisis was repeated in 2035, this time with a 25GW shortfall of onshore capacity, this would equate to £10bn each year, equating to £125 per household.