British Summer Time means one thing to tens of thousands across the country: festival season. But how are this year's big events attempting to green-up the party experience?

Every year music lovers gather in muddy fields up and down the UK to enjoy live acts, drink and party. But every festival-goer adds to the carbon footprint of the festival and brings with them plenty of rubbish in addition to their own bodily waste.

Many involved in the music industry and festival goers themselves have taken sustainability to heart, from travelling sustainably to on-site renewable energy, festivals take their green credentials seriously.

So here is edie’s pick of five UK music festivals and the steps they are taking to improve their sustainability.

The UK’s largest music festival takes place this weekend and is clear in its enviromental policy. Edie even made a top 10 of Glastonbury's green facts last year. With installed solar PV on several stages and biodiesel tractors, Worthy Farm works hard to ensure Glastonbury is seen as a sustainable festival.

This year's festival is also host to more sustainable loos than ever before. The sanitation company ‘Natural Event’ will be providing 1,111 composting toilets to the festival, making up around a fifth of all toilets on site for the more than 175,000 visitors and staff.

The composting toilets use no water or chemicals for the composting process and the company is also expanding into other areas such as for helping refugee camps and disaster zones.

Please remember this one, and tell your friends, and their friends… #leavenotrace #thankyou pic.twitter.com/1xtmoLZyXR

This year, Reading is promoting sustainable transport to the festival. With thousands of car spaces wasted each year leading to increased emissions, the festival is working with BlaBlaCar to encourage car sharing. Drivers who offer empty seats on the website will be offered priority parking and can make money from those willing to pay for a pick up.

The festival also recycled 214 tonnes of waste last year alone, but organisers also point what campers need to do to improve their sustainability and help keep the festival green, with this infographic pointing out 230 tonnes of waste was abandoned by campers in 2014. 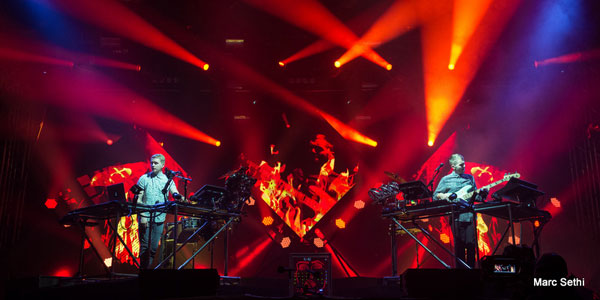 Based on the Isle of Wight, Bestival comes at the end of the British festival season in September. Being based on an island, more than 2/3rds of Bestival attendees use public transport to reach Bestival. The festival features unique fundraising events which raise money for local charities and save transport emissions, 'Swim to Bestival' and 'Row to Bestival'.

The festival also hosts more than 20 enviromental groups and charities on site and ensures food and drink stalls all use only 100% compostable cups, glasses and forks which can go with organic food waste. 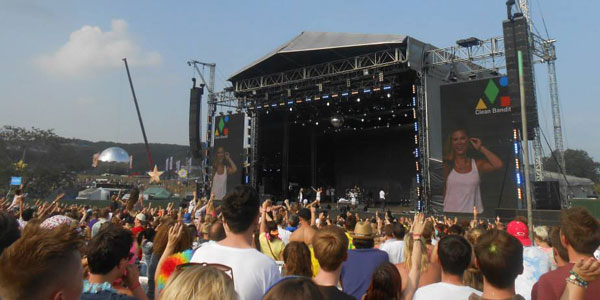 For something a bit different, Shambala is a small, family-friendly festival in Northamptonshire in August. The festival, which normally caters for around 7,000 people, hosts a number of sustainability initiatives. It has 119 composting toilets, provides its guests with plenty of information about their sustainability, and is even powered by 100% renewable energy.

The festival provides its power through wind, solar and waste vegetable oil and has cut its energy use by 35% compared to 2013.

We were awarded 3 gongs last year for being so green! We couldn't have done it without your brilliant efforts http://t.co/YEIA9jF4wT

Rock and alternative music festival Latitude also makes sure to promote its green initiatives and on-site recycling. The Suffolk festival offers a prize draw for a pair of tickets to Latitude 2016 for those brining a full bag of materials to its recycling points.

The festival also provides a ‘Campers’ Waste Kit’, with a clear plastic bag for recyclables such as plastic bottles, cans and tins and a biodegradable bag for compostable food waste. The festival provides reusable beer cups which cost £2 each and are washed and reused rather than wasted.