Golden State: How California is surviving its worst drought in history

California remains in the claws of the longest drought in the state's history, placing unprecedented strain on the its water supplies. But could the scramble to save water actually help the state in the long run?

Millions of people have been affected by mandatory water cuts in a crisis which cost the state an estimated $2.2bn in 2014 alone, as well as the loss of 17,000 part-time and seasonal jobs for fruit-pickers and farm hands.

The drought has seen the mountainous Sierra snowpack recede to record lows and wildfires spreading across dry forests and parched farmland.

With its ongoing climate crisis, and the consideration that the long-running water shortages may just be the tip of the melting iceberg, Californian businesses consumers and state authorities are exploring pioneering new ways of dealing with water use.

Businesses have had to find new ways to cut water use following public pressure. Silicon Valley data centres used by the likes of Facebook, Apple and Google, use a huge amount of water, with the average data centre consuming up to 20,000 litres of water per hour, according to Peter Hopton, founder of liquid-cooling firm Iceotope.

"The water use of data centres is insane, especially when viewed in a time of 'historic drought' in California, where many facilities are based," said Hopton in April.

To tackle water use, Google has installed new urinal cakes which store water, saving up to 500,000 gallons per year, and Apple is taking new moves to address water consumption, with wastewater technology in its data centres which reuses water up to 35 times.

In San Diego, water shortages are being addressed by fast-tracking the construction of the $1bn Carlsbad Desalination plant, which turns salt water into fresh water. Built by Poseidon Water, the water plant will produce 50 million gallons of water each day by reverse-osmosis when it comes online near the end of 2015.

But the costs and energy intensity of desalinating large volumes seawater has proved highly controversial, with costs estimated to be around $108m per year.

To curb domestic water waste, and prepare for future water shortages, California has introduced the stringent new standards for showerheads, introducing a new two gallons per minute standard as of next July. Businesses have also moved in to improve shower water efficiency, with water startup Nebia raising $1.5m for its next-gen shower system, which claims to be 70% more water efficient than traditional rivals.

City governments have also turned to innovation and technology to try and stem water loss, as was seen in Los Angeles’ use of ‘shade balls’ to prevent water loss.

About 96 million small black floating plastic balls were released onto the surface of Los Angeles reservoirs in order to prevent up to 90% of surface water evaporation, edie reported earlier this month.

The water reduction method will lead to concrete savings for the city of $250m as well as preventing the loss of more than 300 million gallons of water each year. Los Angeles Department of Water and Power general manager Marice Edwards said the shade balls project showed how “engineering meets common sense.”

Edwards said: “Shade balls are an affordable and effective way to comply with regulations and helps us continue to deliver the best drinking water to our customers.” 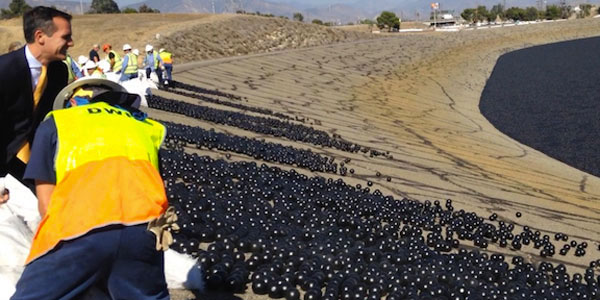 But state mandated water reductions have proved necessary to force through water savings in urban areas. In June, water suppliers were set a mandate by Governor Jerry Brown of cutting water use by 25% in towns and cities, with the potential of hefty fines for water-wasters.

Incredibly, the state saw water use drop by 27.3% in June, saving 59.4 billion gallons of water, six times more than when a 20% voluntary conservation goal was in place.

The targets were achieved by working with local authorities, residents, businesses and schools to cut water use, but also by issuing an increased number of penalty notices and fines for actions such as overwatering public and private lawns, with more than 9,500 penalties in June compared to fewer than 2,000 in May.

“Californians understand the severity of the drought and they are taking action,” said Felicia Marcus, chair of the State Water Resources Control Board in a statement. 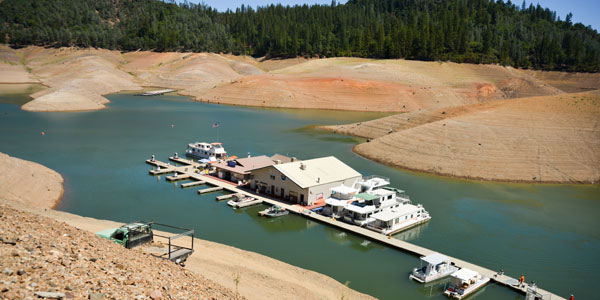 Although water use normally spikes during summer months, June saw Californians dramatically cut water use after a ramped up campaign by water agencies and suppliers to encourage urban residents to reduce their consumption.

“The public knows how bad the drought is, and agencies need to help them know what to do,” said Marcus. “Letting lawns go golden, taking shorter showers, and other actions can pay off in greater urban water security in the event of more dry years”.

The state has also improved technology and utilities to cut down on water waste. On August 12, the Department of Water Resources (DWR) announced two new rebate programmes to replace inefficient toilets and cut out water-intensive lawns.

The DWR said it would oversee a $100 consumer rebate to replace one toilet per household at a total cost of around $6m, as well as rebates to replace water intensive lawns, in a scheme which will benefit 60,000 homes and focus on poorer communities hit by the drought. 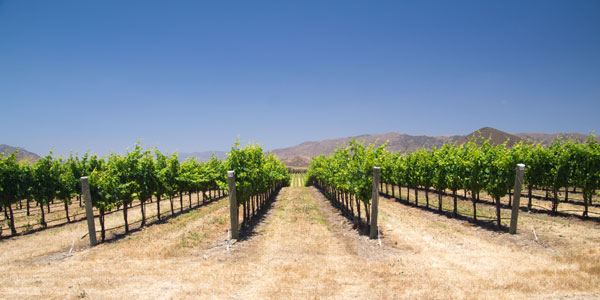 But California is still waiting for its drought to end. If the drought continues, California's long-protected farmers, who use most of the state's water supplies for irrigation, are also expected to face serious cut backs.

This winter may provide relief in the form of El Niño, the South Pacific weather cycle, which is expected to bring a wetter period of weather, according to reports in August.

“Historical weather data shows us that at best, there is a 50/50 chance of having a wetter winter,” said state climatologist Michael Anderson, “unfortunately, due to shifting climate patterns, we cannot even be that sure.”

Farmers, businesses and residents may have to wait a while longer to quench the Golden State’s thirst.