The professional tennis tour is not, by its very nature, a green endeavour. It is essentially hundreds of people flying endlessly around the world to play a child's game.

However, the four pinnacles of the sport – the Grand Slams in Melbourne, Paris, London and New York – have taken it on themselves to impart a culture of recycling, sustainability and efficiency on the game.

The organisers of the tournaments say they are in constant communication, sharing best practice about their successful (and not-so-successful) initiatives.

So, as Wimbledon kicked off this week, here’s what thes big guns are doing to serve up sustainability:

Around 500,000 spectators pour through Wimbledon’s gates every year, generating vast amounts of waste, including 250,000 plastic bottles, and 350,000 used tea cups.

As edie detailed in our top 10 sustainability facts about Wimbledon last year, this waste is sent to a Material Recovery Facility for recycling, while non-recyclables are processed at an 'Energy from Waste' facility. Ultimately 95% of Wimbledon waste is diverted from landfill.

The All-England Club also makes use of a water recycling plant and 95% of all water used is recycled.

Finally, the tournament’s famous strawberries are nearly all locally-sourced, coming from Kent having been picked at 5.30 each morning. 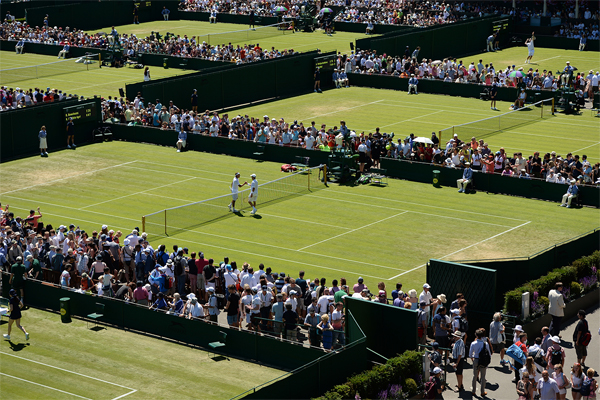 In May 2014, Roland-Garros became been the first French sporting event to have ISO 20121 certification, and the second event ever, after the London 2012 Olympic Games.

A focus at last year’s tournament was sustainable transport, with the organisers operating a car pooling website for visitors and installing a solar-powered electric bike charging point.

More than 60% of the tournament’s fleet of vehicles was certified low-emission, thanks to hybrid and electric cars, while the decision was taken to stop washing the fleet with water, saving 226,00 litres.

The French Tennis Federation has also launched an initiative to redistribute leftover meals to charities, handing out 15,000 meals in 2014, much like French supermarkets do. 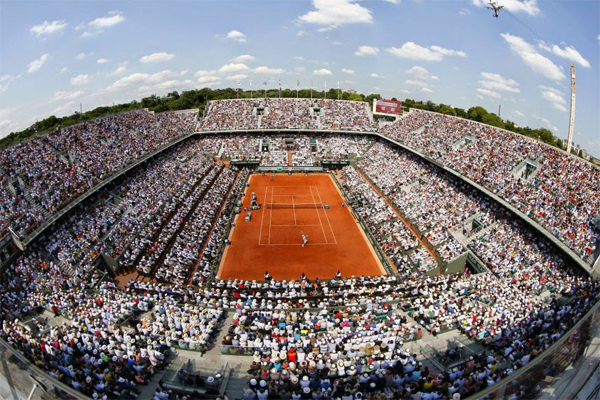 The US Open Tennis Championships is the highest-attended annual sporting event in the world, which comes with the "responsibility of lessening the US Open’s environmental footprint and helping to create a sustainable future,” claims the USTA mission statement.

In 2014 the tournament started a carbon balancing initiative where it offset more than 2.2m miles of travel emissions from players attending the event, as well as all the fuel used on-site at Flushing Meadows.

The tournament also continued a composting program which saw 425 tonnes of food collected and re-used in agriculture and landscapign.

From the US Open’s giant kitchens and food stalls, more than 12,000 gallons of food grease will be converted into biodiesel fuel. 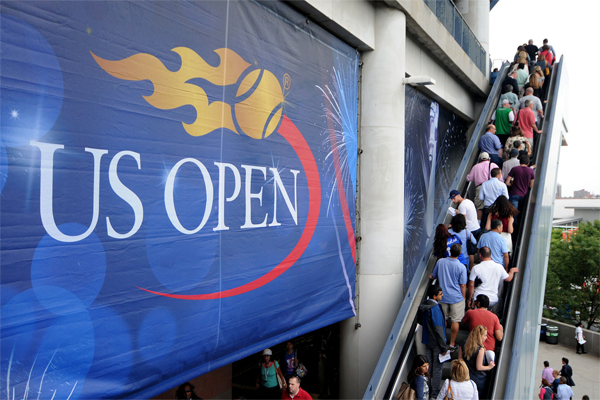 Melbourne Park – home to the Australian Open – is in the midst of a £350m redevelopment plan, with the goal of becoming “one of the most sustainable sports and entertainment venues in the world.”

Much of the innovations already completed focus on either taking advantage of, or keeping out the brutal Australian sun.

Building roofs have been covered with shiny coatings that reflect over 70% of the sun’s heat, keeping buildings cooler during hot days, while an onsite solar installation provides around 42MWh/year, enough to power seven Australian houses all year round.

Finally, Tennis Australia has taken steps to reduce travel impact, through a deal with the city of Melbourne that allows Australian Open ticket holder free access to public transport on that day. Bonza. 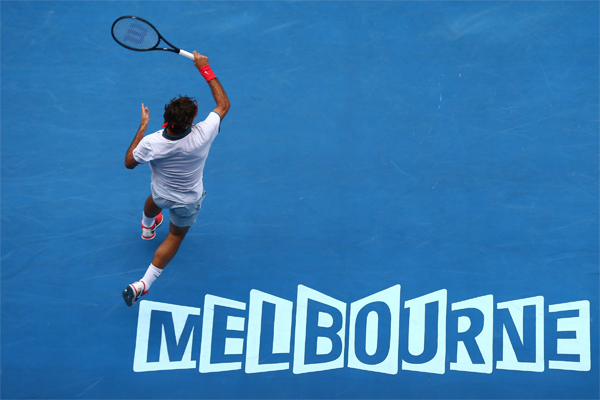