It is bizarre that in the year 2015, we still rely on a series of controlled explosions to move around, especially when those small explosions produce emissions that are gradually cooking the earth.

So, in the dawn of the New Year, edie has delved into six transport ideas that take us beyond the internal combustion engine and into the 21st century.

Some of the ideas are already a reality - albeit on a small scale - while some still need some investment and some tinkering. But, all of these ideas are feasible scientifically if not financially, and would dramatically reduce the environmental impact of moving around the planet in distances large and small.

The founder of Tesla motors, Elon Musk, has laid out plans for a ‘Hyperloop’ system whereby a 28-passenger capsule is propelled vast distances along an enclosed tube by magnets and compressed air.

Reaching speeds of up to 760mph, the entire transport system would be self-powered by a solar array covering the enHyperloop, providing 57MW annually, significantly more than the system would require.

The entrepreneur proposed that such a link be built between Los Angeles and San Francisco, a 380-mile trip which could cost travellers as little as £13 per journey thanks to the non-existent fuel costs.

"Short of figuring out real teleportation, which would of course be awesome... the only option for superfast travel is to build a tube over or under the ground that contains a special environment," wrote Musk. 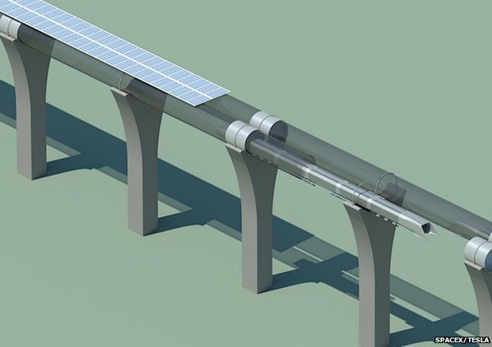 Already a reality in Japan, Korea and Germany, Magnetic Levitation (Maglev) trains can reach speeds in excess of 300mph while also reducing CO2 emissions thanks to the reduced friction offered by a train hovering above the rails on an electromagnetic field. 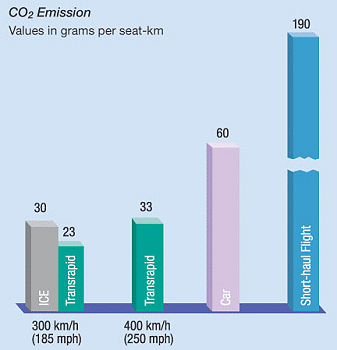 By not actually touching the tracks, Maglev trains also avoid any disruptions due to inclement weather. British rail operators should take note...

On a slightly smaller scale, 2014 saw the advent of the ELF (Electric, Light, Fun) – a tricycle powered by sunlight and human legs, which could portend the future of town-travel.

A team from North Carolina, USA, designed the vehicle to combine the best aspect of cars and bicycles, with a one-horsepower motor assisting the driver.

The ELF is already being used by nurses and doctors in America to reduce the cost of home visits, with an equivalent fuel consumption of 1,800 miles per gallon.

The success of the velomobile – it raised more than $220,000 on Kickstarter – demonstrates the growing support for transport that can save consumers money, as well as the planet

American firm E-Green Technologies has proposed an aviation throwback to aid 21st century travel in the form of a zero-emissions airship powered by biofuel produced by algae.

The airship will reduce the need to launch gas-guzzling rockets and planes, by transporting heavy equipment to remote locations, carrying remote monitoring satellites to high altitudes and acting as a communications hub or surveillance platform.

The airship could also be used for emission-free recreational trips, but to make up for the 120mph top speed, operators may have to convince travellers that the journey is as important as the destination. 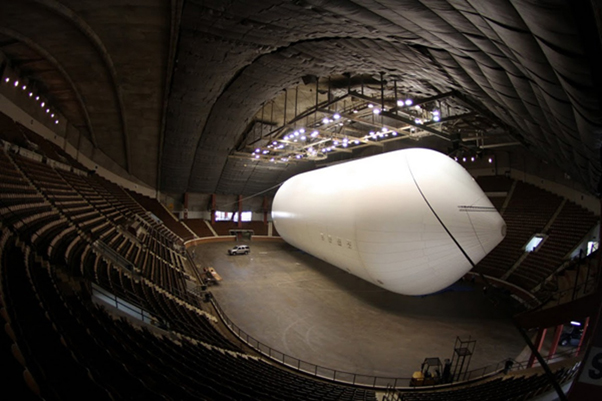 In a bout of lateral thinking, engineers at Solar Roadway (the clue's in the name) decided that the best way to improve transport efficiency was to tackle the infrastructure itself.

By replacing the top layer of concrete/tarmac on a road with solar panels and glass, Solar Roadway calculated that the US road network alone could provide enough electricity to meet the entire world’s needs.

The engineers say it is not that hard to perform this switcheroo, but the main difficulty is finding glass strong enough to be a road and transparent enough to absorb sunlight.

Milton Keynes Council has developed an all-electric bus route where buses are recharged on the move by electromagnetic coils buried in the road.

The system uses a process called inductive charging, where electricity passes through wire coils in the road plates, generating a magnetic field.

This field induces a voltage across coils in the bus plates and the vehicle's batteries are charged. Because the batteries do not need to store as much energy as a typical electric vehicle, they can be up to three times smaller, helping save weight and thus energy.

In addition, operators say only around 10% of the route needs power strips, meaning the up-front cost is not prohibitive.