Solar subsidies: Paving the way for a support-free future

Following a recent report which revealed solar power could prosper without subsidies in Britain as early as 2020, Simon Baggaley from Enphase Energy explains how and why solar PV is moving towards a subsidy-free future.

Subsidies exist for a myriad of reasons and for as many different energy sources. Whether it is feed-in-tariffs to encourage adoption or tax-relief to encourage investment, renewables or fossil fuels, subsidies have become almost entrenched in the energy industry. This trend has led to a significant distortion in terms of the 'true' cost of energy, factoring economic, social and environmental considerations.

The backing of the solar photovoltaic (PV) industry with subsidies was to establish the technology and make it commercially viable but it has led to a misconception that solar PV, and arguably other renewables in similar positions, are technologically immature and require publicly funded props to remain afloat. In fact, solar PV has come a considerably way and is ready to go it alone in the marketplace.

It has taken a great deal of technological innovation on the part of the industry to get this far. At Enphase Energy we entered the UK market two years ago and ended 2013 with a market share of about 6% in the UK PV residential market. We started 2014 keeping momentum, and at the end of September 2014 we were able to achieve a market share of 10%. We epitomise what a cutting-edge technology, combined with the right business model, can do to overcome significant financial and technical challenges that have slowed down the adoption of solar by homeowners and businesses so far in the UK. Winning these challenges through innovation paves the way for a support-free era.

The support-free era however, needs to apply across the board for energy sources for solar PV and other fuels to compete. The misconception is that while 'green' energy sources require financial backing, traditional energy supplies such as coal and gas are far less burdensome. In 2012 however, fossil fuels received over half a trillion dollars in subsidies from governments worldwide. The International Energy Agency reports the figure is five times greater renewable energy in the same year. In a more balanced playing field competing sources' real merits will be made visible through equitable, and comparable, competition in the marketplace.

This does not mean that governments should leave it to industry to respond to the urgent need to cut carbon emissions. Polluters that dump emissions into the atmosphere should be charged accordingly and proportionally. This bold measure, going far beyond the status quo, will go some way towards levelling the playing field.

When we compare the energy outputs of different sources it is important to consider the full processes involved in making and delivering them, which means traceability of the entire energy chain. This holistic approach will enable people to see the energy output of a source in light of its negatives as well. 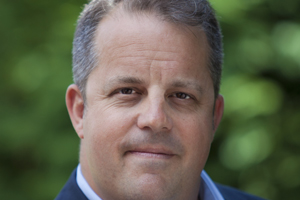 In terms of output, solar PV is earning its credentials as a viable and clean energy solution to our growing needs. Moreover, it's the most popular energy source, typically at 70%+ in the opinion polls. While the price of installations continues to reduce, energy prices keep on going sky-high, so it makes perfect sense that people take control of their energy, their bills and their future by investing in solar.

To make PV the green choice "par excellence", at Enphase Energy we have taken a no compromise approach to quality, which has meant rebuilding the inverter from the ground up. We introduced a system-based high-technology approach to solar energy generation which formally didn't exist and it is transforming the industry. Ours are the world's most efficient microinverters; they produce more energy than traditional forms of technology, on both shaded and un-shaded roofs. As subsidies in UK level off, optimal solar system production becomes even more important when choosing system technologies.

This is not to say however that the right technology and the right business model alone are key to self-sufficiency. A stable operating environment is essential for long-term growth and it is through the provision of such stability that governments can best support businesses. After a few turbulent years, the UK is firmly on track to achieving the Government's informal target of 20GW by 2020. For the first time, the country has a real policy of stability and consistency. Gone is the constant fear that the rules of the game can suddenly change, a context that made long-term planning virtually impossible. Today, with a regression model in place, the UK can plan for the future.

The UK PV industry currently has one of the most effective ecosystems seen globally, made of constructive working partnerships between Government, trade associations and businesses. This provides strong confidence that short-term issues can be overcome to create a feasible and accessible roadmap for all industry participants. Reaching the unofficial 20-GW-by-2020 target remains dependent on this cross-party alliance holding rank, and creating suitable framework policies within which the broader domestic PV industry can operate with confidence. Once the ground beneath is steady, green technologies, with PV out in front, can sure up their confidence through efficiency gains and technological innovation to eventually rise and stand on their own feet.

Earlier this month, a report from Berlin-based think-tank Thema1 concluded that the three markets in solar power - large-scale solar farms, and commercial and residential rooftop - will be economic without support in Britain within the next decade. Read more here.