EXCLUSIVE: edie's third annual energy management survey reveals what businesses are doing to become more energy-efficient, why they are doing it and how successfully it's being done.

In this special edition of our sustainability stats series, we've picked out some of the key figures from the 2015 report, which surveyed 381 people responsible for energy management within their organisation.

The survey discovered another rise in on-site generation and we saw energy managers starting to look beyond the 'low-hanging fruit' more than ever before. But on the downside, a vast majority of respondents still identified a lack of funding as the main reason for unambitious energy policies.

Here are the key stats you need to know: - 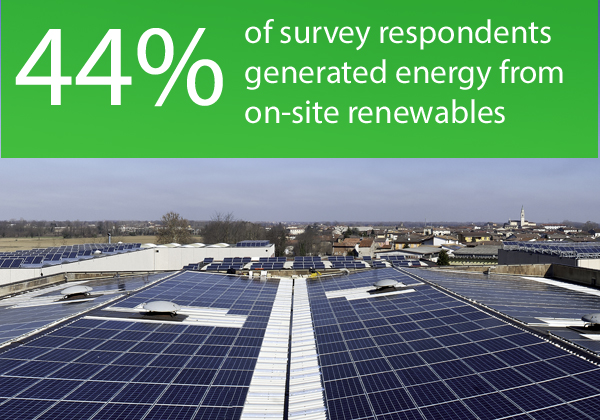 The survey revealed that solar is still the most popular form of on-site generation for businesses, although a recent report suggested that the technology is still underutilised. Installing solar PV on just 61% of the nation's 2.500km2 south-facing commercial roof space would meet the total electricity demand of UK companies.

There was a lukewarm response when asked about how the impending Energy Savings Opportunity Scheme (ESOS) will inform future energy efficiency activity. Just 30% of ESOS-affected businesses believe it will help them identify savings or format plans; 12% said it would complement existing plans and 9% said it would not inform plans at all.

The majority of respondents identified a lack of funding as the main reason for failing to get energy initiatives underway, although this fell 5% from 67% in 2014.

The results also suggest that the proliferation of technologies could be overwhelming some energy mangers, as 32% said 'selecting and implementing the right technology/programmes' was an issue, up by 8% compared with 2014.

While energy-efficient lighting systems are still the most commonly focused-on initiative, its popularity has actually decreased from 78% in 2014. This suggests that organisations are starting to move on from the 'low-hanging fruit' towards more complex initiatives such as Building Management Systems - up 9% from 2014. 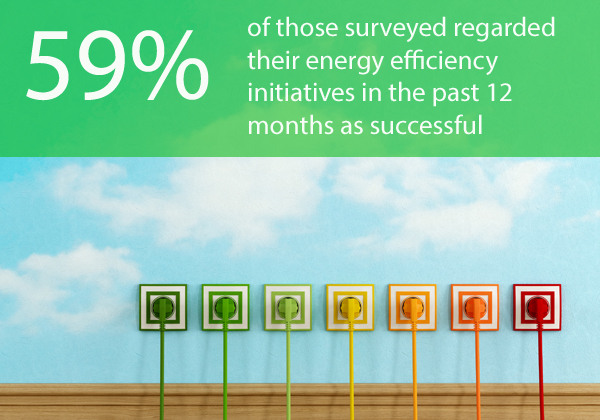 This is perhaps a reflection of timescales, according to the report. "Behaviour change initiatives, for example, may take several years to become fully absorbed throughout an organisation and deliver results, compared with shorter return periods and visible immediate change of a technology installation such as new lighting."

Energy Management: Procurement, Planning and Purchasing Priorities 2015/16 will be officially presented at edie's Sustainability Live 2015 event this week. A session on Day One of the show (21 April) will see edie editor Luke Nicholls explore the exclusive report's findings in greater detail, with a closer look at the key challenges, business imperatives and opportunities for energy manages for the coming year.