Welsh hippies ushered in an era of sustainable living well before the world had woken up to climate change.

Hippies in a slate quarry in Wales are celebrating four decades of green revolution this weekend, having transformed the character of a local town, pioneered new energy technologies and constructed a water-powered railway.

The Centre for Alternative Technology (Cat) near Machynlleth also created hundreds of jobs and a tourist attraction that draws in around 70,000 visitors a year.

Many of the radical ideas from the centre in mid-Wales are now thoroughly mainstream. Alternative technologies are no longer alternative, as the world seeks to tackle climate change and diversify energy supplies.

But the centre's original aim to democratise technology remains unfulfilled, and there is a realisation that its mission is far from complete. Its radical recipes for achieving a zero-carbon Britain remain unpalatable to politicians and the public.

The pioneers of Cat were inspired by the Club of Rome's 1972 warning of dwindling resources in an over-populated world. They took over the disused slate quarry just north of Machynlleth with a dream to seize back technology for the people and live more lightly on the Earth.

Conditions were harsh: no sewers, mains water or electricity - just acres of slate. But slowly they began to transform the moonscape into a mosaic of paths, gardens and energy-efficient buildings constructed as far as possible out of local materials.

One of the early arrivals, Bob Todd, remembers: "Some of us were what you might call hippies because we had a different set of values to the rest of the population.

"But they were a lot of very dedicated people keen to be able to demonstrate a lifestyle that would be both satisfying and softer on environment.

"There was a strong feeling that a lot of technology had become very specialised so most people are just users of it and don't have much understanding of it or influence on it."

Democratising technology was the watchword: insulate your home with shredded newspaper, make a solar water heater by painting an old radiator black and buying a few parts from a plumber. 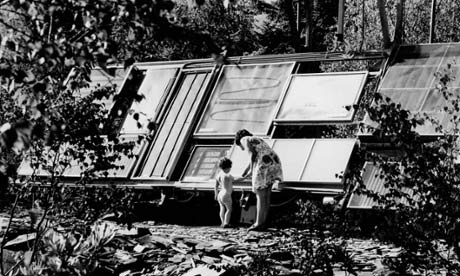 Building by building, Cat spread across the grey desert, greening the land with compost donated by the visitors paying entry fees in increasing numbers - some motivated by the desire to protect the environment, others by the need to distract holidaying children from persistent Welsh rain by unlocking the joy of gardening with human waste.

The centre fostered a "Renaissance man" approach. As science education steadily specialised into tighter niches, Cat founded a course in general engineering to produce practitioners with an overview of entire systems based on broad general knowledge. 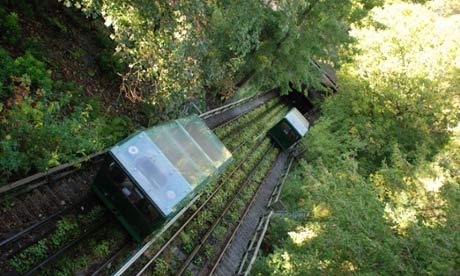 The centre’s amazing water-balanced cliff railway is one of the steepest in the world, with a gradient of 35 degrees. When people need to go up or down, water flows into a tank in the top carriage until it is heavy enough to pull the lower carriage up, the brakes are released and gravity does the rest. Photograph courtesy of Cat

"We wanted the course to go back to what village blacksmiths used to be round here, who could make a water turbine from scratch - they knew about the water, engineering, the mechanics, the electrics. We don't train people like that at all. It would be extremely useful in lots of areas," Todd says.

And the holistic approach spanned from the practical to the theoretical. In 1977 Cat produced its alternative energy strategy for the United Kingdom.

Another of the pioneers, Paul Allan explains: "Back in 70s there had been more energy consumed every year - the mindset was 'more energy equals more progress, more growth ... that's good'.

"We bundled up our report to Tony Benn's ministry of energy to say: 'there's a different approach - you need to be using less energy by using it more efficiently'. That was heretical. At that time nuclear was going to be too cheap to meter, we hadn't tapped north sea oil reserves and nobody understood about the effects of climate change.

"Now with today's eyes, nuclear is expensive, North Sea oil is on the decline and we know with climate change we have to do a repaid decarbonisation. What we said at the time was very far ahead - so far ahead that people couldn't really hear it."

As concern about climate and energy security have grown, many of Cat's unthinkable ideas have found their way into energy policy worldwide - and some of the young idealists from its early days are in possession of desirable knowledge.

The centre's organisers estimate that 200 jobs have been generated. They are invaluable technical posts in a rural economy otherwise dependent on tourism, sheep and farm subsidies. Some of the luckier geeks have founded firms which have the potential to turn them into millionaires.

Not all the technologies have worked. One early whisk-shaped vertical wind turbine nearly shook itself apart on the exposed hillside.

It transpired that the manufacturers had never tested the device in high winds - they had used an electric motor to keep it turning during demonstrations.

A Cretan wind turbine also proved impossible to operate on the site. Made from traditional materials, including cloth sails, the windmill seemed to fit the Cat DIY ethos. But every time the Welsh wind speed shifted, staff had to climb the turbine and adjust the sails. "Hilarious - but useless," one said. 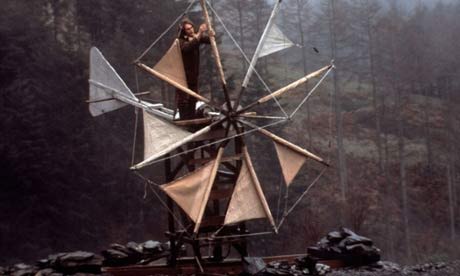 Unfurling the sails on a Cretan windmill. Photograph courtesy of Cat

A reflective trough concentrating solar rays on a heating device was another flop. It was designed for sunny climes - and worked well in the Welsh summer. But a glance from the low-angled winter sun focused heat in the wrong place and fried the mechanism.

An inter-seasonal heat store failed, too. The idea was to collect water heated by summer sunshine from a black roof then dribble it into a large well-insulated underground tank.

The tank would hold the warm water then release it in the winter when it would help to take the chill off the building. It worked, but had to be stopped after a scare over legionnaires' disease. There is growing interest in reviving this technology with closed systems that keep bacteria out.

"Failure is the manure for success" is Cat's motto, but the centre is starting to ask "where next"? The success of the technologies that Cat pioneered has drawn well-funded institutions into this increasingly contested intellectual space.

One answer is Cat's latest document - Zero Carbon Britain, which argues that it is possible to achieve zero emissions in the UK using current technology, if only politicians have the will, and the public is supportive.

The recipe involves eating much less meat and dairy produce, and living closer to work. It is still an uphill task for the hippies on the mountainside.

· Roger Harrabin is the BBC's environment analyst. His report on Cat is being broadcast on Radio 4's Today Programme on 1 August 2014. 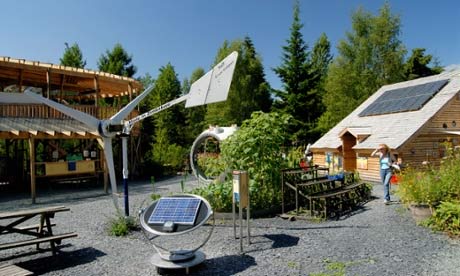