Will shale gas ever find its place in today's broad energy mix?

Many decades ago, Albert Einstein said that 'Everything is Energy and Energy is everything". This claim is still very true as we look at the impact of energy as a source on our modern society today.

Is fracking for shale gas key for the UK's long term energy mix, or is it a recipe for environmental disaster?

According to the latest International Energy Outlook, the world's energy consumption is projected to increase by 56 percent over the 30 years between 2010 and 2040. The expected energy use is set to rise by 112 percent in the developing Asian countries (led by China and India), by 76 percent in the Middle East and by 85 percent in Africa. This evolution impacts our planet and certainly raises growing concerns on how to deal with energy security, high world oil prices, the use of nuclear power and renewables and the impact of CO2 emissions on the environment.

Two thirds of worldwide electricity generation today relies on fossil fuels; a big issue on the climate change map. For some natural gas could be a welcome solution. This seems to be the case in the US where emissions fell to a 20-year low at the beginning of this year, largely attributed to the move away from coal towards unconventional shale gas.

In Europe shale gas is still very controversial today; the limited experience to date of high-volume hydraulic fracturing on a large scale and at high intensity, still leaves room for a lot of misinterpretation and assumptions. The environmental risks and impact involved draws a lot of attention from both environmental groups and the industry, although for different reasons. The good news is that the industry is responding very positively to increasing pressure by environmentalists by evolving to newer technologies to further reduce the overall environmental impact of horizontal drilling and hydraulic fracturing. With North America's abundance in gas, Europe's sputtering economy and Asia's thirst for energy, shale gas could - if managed sustainably - become an important game changer redrawing the energy map around the world as other countries may follow suit.

But will it get that far and will shale gas become the new black gold? Nothing is sure. At least not for Europe where security of energy supply is a huge issue and shale gas is raising hopes only in some of the EU-countries. It looks unlikely that this will really change the energy situation in the EU in the long term.

Each country in the EU can independently decide which energy sources to use to make up its energy mix and with shale gas reserves found in a number of EU countries, each determines its own stakes. Poland has shown its support; so does the United Kingdom while France represents the diametrically opposed option. It is not a surprise that the European Commission was struggling to come up with a clear statement on the exploration of shale gas (or shale oil) with 28 members states all having different opinions, interests and agendas. This was finally addressed, at least partially, in a statement issued by the European Commission on January 22th 2014 on a recommendation for minimum principles for shale gas.

The Climate and Energy Package 2030 outlined by the European Commission in late January has failed to get the approval of the industry's leading companies, many of whom are saying that European governments have failed to take a consistent line on this. There are different interests for everyone at play, but the bottom line remains that unconventional gas was, and still is, an exciting game changer for the US economy where it creates jobs through investment in the energy sector itself and through the ripple effect also in other sectors of the economy.

We will see what happens for Europe in the coming years and hopefully we will not be too late. In the meantime shale gas is now spreading to new parts of the world and special attention should be given to its impact on health and environment in countries where there is little experience with sustainable policies on fracking operations such as on the African continent.

According to recent estimations of the US Energy Information Administration, South Africa has the eighth-largest technically recoverable shale gas reserves in the world. Under the presidency of Jacob Zuma, the Government moves ahead with the exploration of shale gas in the Karoo basin proving that they are committed to the development of South Africa's shale gas potential and taking "a measured approach" towards the potential environmental impacts. However, this approach only seems to apply to new licensees and not to the many applications that had been submitted already before the original moratorium was put in place. This poses a new regulatory uncertainty that will not be in favor of or encourage investment and sustainable development in this country any time soon.

For Samuele Furfari, Professor at the University of Brussels and advisor to the EU DG Energy, shale gas and shale oil is a real revolution and is here to stay. In his latest book on the energy counter revolutions, Vive les énergies fossils, he claims that the 40 years of OPEC dominance with their unrealistic oil prices are over and that this gas and oil abundance will put all back in balance. With a wealth of conventional and unconventional oil and gas available, and the crumbling of the link between the price of gas and the price of oil, we might be at a tipping point in current geopolitics.

Improved and more sustainable fracking technologies promise that the world will have more oil and more gas than ever before. But who will reap benefit of that? According to the United Nations, 1.5 billion people still live without electricity and 3 billion people rely on traditional biomass for cooking and heating. One billion more have to live with unreliable electricity networks. Access to clean, affordable modern energy is critical to social and economic development for many of us.

Sustainable environmental challenges are huge but should not be seen as an excuse or a burden to withhold us from creating sustainable growth - not only for a lucky few but for all of us living together on this planet. 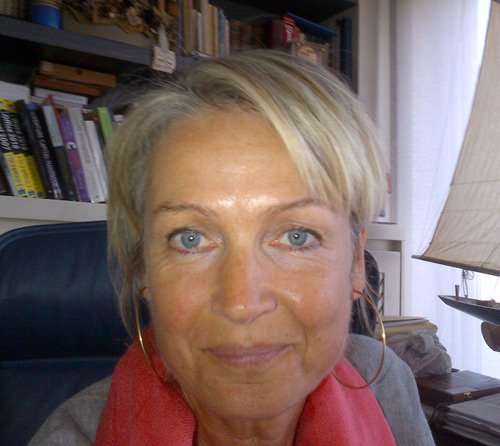 Benita Dreesen has been active in communications, as a consultant, a speaker and writer, specialising in the energy & environmental fields for more than 20 years. She is a writer for The Economist, The Huffington Post Europe and Argus Media and is currently involved in a project for United Nations Environment Program (UNEP) to develop market research and testimonials on leading sustainable companies in Asia.