Circular economy principles include nature restoration, as well as minimising resource use and maximising reuse and recycling

Today (22 March) marks World Water Day – an annual observance event that has been hosted by the UN since 1993. It also marks the start of edie’s Circular Economy Week – our editorial campaign designed to provide sustainability with the information and inspiration needed to help reduce the 100 billion tonnes of natural resources extracted each year and boost reuse and recycling rates from the present level of 9%, bringing about additional benefits for people and planet along the way.

The links between water and the circular economy are obvious, but perhaps under-recognised on a day-to-day basis. Sustainable Development Goal (SDG) 12, Responsible Production and Consumption, makes specific reference to the need to significantly reduce water pollution and to accelerate the application of reduction, recycling and reuse processes across natural resources – water included – by 2030.

This will be no mean feat. UN figures show that humanity is over-exploiting the 0.5% of the world’s water that is suitable for use. Over-extraction, pollution and waste are all major issues, as are ageing water infrastructure and biodiversity loss. And these issues are set to be exacerbated in the near future as population growth and global temperature increase continue.

But a circular economy approach could help tackle these interconnected challenges. The Ellen MacArthur Foundation defines circular economy principles as designing out waste and pollution, keeping products and materials in use and regenerating natural systems. Following these principles holistically can help to couple positive outcomes across the axes of climate and society as well as resources.

With this in mind, this article lists some best-practice case studies in which businesses have used circular economy principles – oftentimes, along with a scientific and context-specific approach – to improve water stewardship. 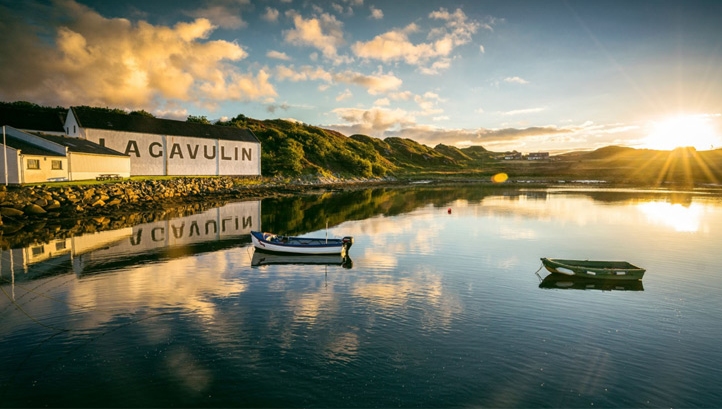 Since 2007, brewing giant Diageo has recorded a 46% improvement in water efficiency, , putting it in a position to update its already industry-leading Water Blueprint. The new framework is aligned with Sustainable Development Goal 6: Clean Water and Sanitation for All, and builds on its 2020 goal of replenishing the amount of water used in its final products across its water-stressed areas of operation.

Diageo’s recent circular water projects include investing in a wastewater treatment and water recovery plant for its Uganda Breweries arm, UBL. UBL believes that the facility will mitigate the use of 1.6 million hectolitres of water annually. UBL has also worked with Rotary International to install a water gravity system designed to help local communities access safe water while replenishing the water basin in Buwali sub-county. Commissioned in October 2020, the project is expected to replenish almost 23,000 metres cubed of water within a year.

Meanwhile, in the UK, Diageo is working with the Spey Fishery Board to improve the quality of infrastructure and water in Scottish rivers. Across these three projects, contributions to each circular economy principle are tangible.

Another brewer famed for its water stewardship efforts is Carlsberg. The firm’s ‘Together Towards Zero’ sustainability strategy includes an ambition to reach zero water waste by 2030 and to reduce water consumption by 25% in breweries, with more ambitious targets placed on high-risk sites.

Speaking to edie about progress to date, Carlsberg Marston’s Brewing Company & Carlsberg Group sustainability manager Peter Statham said that the company completed a detailed water risk assessment in 2020, which highlighted 17 sites across nine river basins as a priority. The company will now work to develop partnerships to help reduce extraction and improve nature at each river basin, with actors like NGOs, community groups and other businesses.

Within several of its own breweries, the business is using water recycling technologies. Its brewery in Frederica, Denmark, has a plant that will recycle 90% of process water. It is hoped that this will make it the world’s most water-efficient site of its kind. 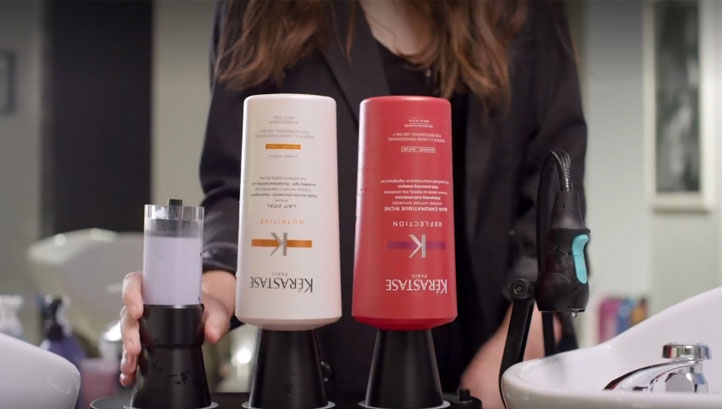 Some companies see a large portion of their water footprint occurring in the use of their products. It has become increasingly common for big brands in FMCG fields like laundry, home cleaning, health and beauty to encourage consumers to use less water in the home – for example, by taking shorter showers or running washing machines on cooler, shorter cycles.

L’Oreal has gone one step further, developing two technologies that make behaviour changes more appealing in the past year alone. November 2020 saw L’Oreal launching Garnier shampoo bars, which reduce water consumption in product manufacture and end-use. The bars offer a 25% reduction in life-cycle environmental impacts compared to liquid shampoos in plastic bottles. Then, in January, L’Oreal unveiled a low-flow system for hair washing that uses up to 80% less water than average taps, which is now being trialled in salons.

The above examples are clear examples of the first circular economy principle in action. The brand’s work on water stewardship, more broadly, saw it named as a leader in CDP’s latest water risk report.

Agri-food is regarded as the most water-intense sector in the world. Figures from the World Bank show that it accounts for 70% of global freshwater extraction every year and that the amount of water consumed could increase by 70% by 2050.

As such, the sector is highly exposed to water stress and water scarcity risk. Yet it has, historically, over-used and under-valued water. This is perhaps why Cargill’s commitment to restore 600 billion litres of water by 2030, made last summer, drew so much attention.

Cargill’s plans for meeting this target are multi-pronged, covering water reduction, reuse and restoration. The business is working with academics and farmers to pilot and scale-up technologies that decrease the water consumption of farms by making irrigation more efficient, while also seeking to minimise the use of pesticides and other chemicals that contribute to water pollution. It hopes to eliminate five million kilograms of water pollutants this decade, prioritising at-risk watersheds.

It is additionally investing in repairs and improvements to water infrastructure – investments that will not only reduce leaks but improve water and sanitation access in farming communities. As for restoration, Cargill, like Danone and Patagonia, is piloting and scaling up regenerative agriculture. Its processes are focused on replenishing water as well as restoring soil health and biodiversity.

Cotton is an extremely thirsty material. WWF figures from 2016 state that the average kilogram of cotton requires more than 20,000 litres of water to produce. This is enough cotton for just one pair of jeans and one T-shirt.

Of course, some regions and individual farms are far more water-efficient than others. Speaking to edie ahead of World Water Day, a representative for the US Cotton Trust Protocol explained that farms in the US now use 79% less water per kilo of cotton than they did in 1980, with member organisations now targeting a further 18% reduction by 2025.

Farms have seen great progress, the representative said, by helping to improve soil performance so it retains more rainwater and needs less additional water. Cover cropping, low-till methods and increasing the proportion of organic matter in soil all assist here. Farmers supported by the initiative are also implementing higher-tech processes, like GPS field mapping, computer forecasting and sensors to ensure that crops are only watered in the places and at the times necessary.

The Protocol now estimates that 65% of the cotton-growing land in the US uses rainwater alone due to these actions.