Businesses including Siemens and Tata Europe's chemicals arm have agreed to back plans for a net-zero industrial cluster in North West England, which developers say will be completed by 2030 and create 33,000 new jobs. 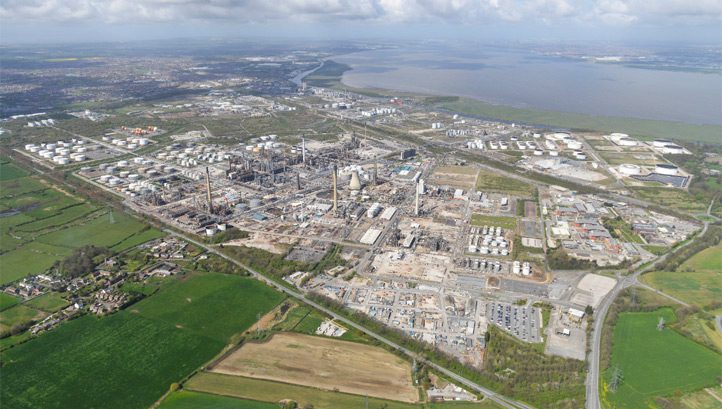 The UK Government has committed to fully decarbonising at least one industrial cluster by 2040. Pictured: Ellesmere Port

Tata Chemicals Europe is notably in the process of building a carbon capture and utilisation (CCU) project at its industrial site in Northwich. CO2 captured by the array will be used to manufacture baking soda.

It is hoped that learnings from this project can be applied to the cluster, which could host nuclear generators renewable generation arrays and hydrogen production facilities as well as CCU. On hydrogen, the first phase of a hydrogen infrastructure network project called HyNet North West is due for completion in 2026. It will span Manchester, Liverpool and Chester once it is fully completed in 2035.

Smart grids are also primed to play a key role in the cluster and its network of infrastructure, Net Zero North West said in a statement. Work is notably underway in the industrial heartland of Ellesmere Port to install ‘smart’ energy grid technologies that will unlock flexibility.

Net Zero North West said it has undertaken internal research outlining how the cluster and related projects could mitigate and sequester a total of 10 million tonnes of CO2e annually from 2030. This is more than is emitted each year by all homes in the region. It would also support 33,000 jobs, the majority of which would be in the supply chain, the coalition believes.

Siemens GB’s chief executive Carl Ennis, who has been selected to chair Net Zero North West, said that achieving net-zero for the region is “not a technology challenge but a policy one”.

“We were the cradle of the first industrial revolution and The North West has the ingenuity, the skills and the passion to deliver on this vital transformation at the scale and speed needed to succeed…. and it’s time now for Government, national and local, to make good on their policies to lead on decarbonisation.”

Ennis is likely to get some good news from the Government in the coming weeks, as Boris Johnson unveils his ten-point plan for a green recovery in stages.

Building on new measures to support the offshore wind industry, announced at the Conservative Party conference earlier this week, the plan will reportedly include support for  hydrogen production and infrastructure; carbon capture and storage (CCS); low-carbon synthetic fuels for aviation and small modular reactors.

A new date for the ban on new petrol and diesel car sales is also anticipated. Johnson has been mulling 2035 and 2030 and is expected to pick the latter, amid growing business and public support.

Race for the first cluster

While businesses taking part in Net Zero North West will provide funding, infrastructure and technical expertise for the cluster, the University of Chester and Manchester Metropolitan University are driving efforts to ensure that the project receives the skilled employees it needs. They are jointly developing a roadmap outlining how oil and gas professionals can transition into hydrogen, renewables, nuclear and CCS roles.

Elsewhere, Teesside and Humberside are also striving to bring the UK’s first net-zero industrial cluster online. The Teeside project is being backed by businesses including BP, Eni, Equinor, Shell and Total. Equinor is also a key participant in the Humber project, alongside Drax and National Grid.

The coalition of businesses behind the Humber project this week announced that a private and public sector bid of £75m has been submitted to build key infrastructure components. British Steel, Uniper and Centrica storage are among the contributors.  There has been less news to report on cluster efforts in Southampton, Grangemouth and South Wales in recent months.