Manchester Airport has signed a Memorandum of Understanding (MoU) to try and establish a pipeline of low-carbon hydrogen to supply airlines, while Rolls Royce has partnered with easyJet to test a converted aircraft engine with green hydrogen. 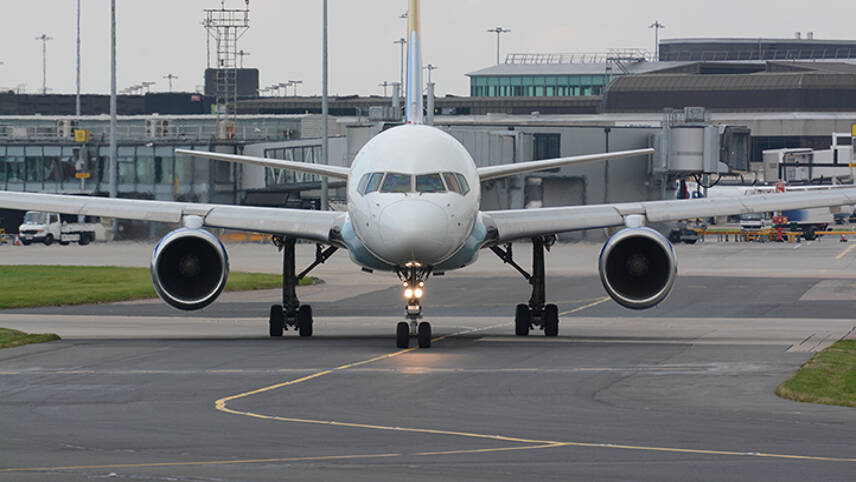 There is no timeframe on the new project, but the partners want to supply hydrogen “at the earliest opportunity”

The MoU involves Progressive Energy and Cadent, the latter of which will build and operate HyNet’s hydrogen pipeline network. The airport is aiming to be the first in the UK to establish a direct hydrogen pipeline, which would be used to supply more than 60 airlines with low-carbon alternative fuel.

There is no timeframe for the new project, but the partners want to supply hydrogen “at the earliest opportunity” and will explore the feasibility to connect Manchester Airport to HyNet’s regional network.

A research project conducted by FlyZero involving Manchester Airports Group (MAG) estimated that the demand for liquid hydrogen at an airport the size of Manchester could be 6.5 million litres a day by 2050.

Manchester Airport’s managing director Chris Woodroofe said: “This announcement demonstrates the meaningful action we are taking to ensure we can deliver a carbon-free future for the aviation industry.

“The partnership between Manchester Airport and HyNet is a significant step forward for the future use of hydrogen across the North West, building a more sustainable future for the region. By securing a direct supply of hydrogen for our airport, our 60 airlines will be able to make use of this exciting and ground-breaking technology as soon as possible.”

The UK’s aviation sector has touted plans to have a hydrogen-powered aircraft come into operation from the mid-2030s for short-haul journeys and the MoU is a step towards this vision.

Manchester Airport – as part of MAG – is targeting net-zero emissions by 2038 and will aim to utilise both hydrogen and Sustainable Aviation Fuels (SAF). MAG recently announced a partnership with Fulcrum BioEnergy UK which aims to make Manchester Airport the first in the UK to have a direct supply of SAF from the mid-2020s.

In related news, Rolls-Royce and easyJet have concluded ground tests on an early concept demonstrator of a green-hydrogen engine for aircraft.

The test took place at an outdoor test facility at MoD Boscombe Down, where Rolls-Royce converted one of its aircraft engines for the use of green hydrogen. The hydrogen was supplied by the European Marine Energy Centre from a hydrogen production and tidal test facility on Eday in the Orkney Islands.

Rolls-Royce and easyJet will plan a series of further tests in a bid to launch a full-scale ground test of the engine.Secretary of State for Business, Energy and Industrial Strategy, Grant Shapps, said: “The UK is leading the global shift to guilt-free flying, and today’s test by Rolls-Royce and easyJet is an exciting demonstration of how business innovation can transform the way we live our lives.

“This is a true British success story, with the hydrogen being used to power the jet engine today produced using tidal and wind energy from the Orkney Islands of Scotland – and is a prime example of how we can work together to make aviation cleaner while driving jobs across the country.”

Many airports across the UK are initiating new projects to help reach net-zero.

Newcastle International Airport, for example, has consulted on plans for an onsite solar farm, after stating its intention to achieve net-zero operational emissions by 2035.

The Airport first announced its net-zero goal in 2019. This ambition covers all Scope 1 (direct) and Scope 2 (power-related) emissions from electricity. There is also a target to achieve carbon-neutrality for all journeys to and from the airport by staff and passengers and all waste processing, and to offset any emissions resulting from the use of solid fuels. Net-zero and carbon-neutral are often differentiated in that the former requires in-house reductions in emissions to be prioritised, while the latter can primarily rely on offsetting.

Elsewhere,  an onsite solar farm at Glasgow Airport is due to come online next year and will be the largest in Scotland’s aviation sector.

The airport’s operating firm, AGS Airports, is working with energy consultancy and co-developer Ikigai to develop a 15MW ground-mounted solar farm on the Glasgow Airport estate. The solar farm will cover around 30 acres and, subject to planning approval, could come online in 2023. Planning documents have not yet been listed on the online planning portal for Renfrewshire Council.