With entries now open for edie's Sustainability Leaders Awards 2020, this new feature series showcases the achievements of the 2019 winners and reveals their secrets to success. Up next: The winner of our Low-carbon Product Innovation award, Mitsubishi Electric. 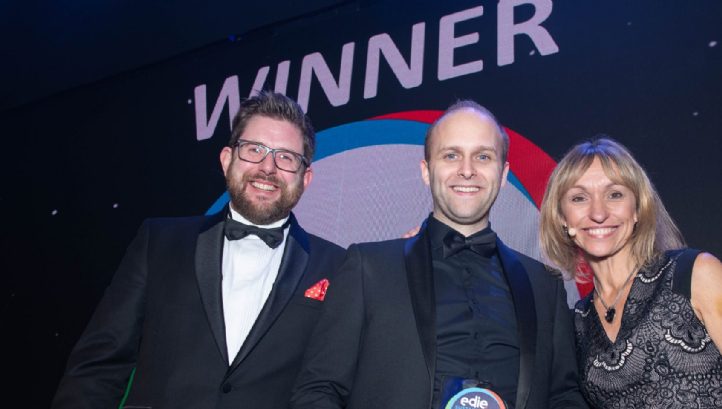 Refrigerants, specifically chlorofluorocarbons (CFCs) and hydrofluorocarbons (HCFCs), were once majorly responsible for depleting the planet’s ozone layer. Scientific research has concluded time and time again that cooling systems have a capacity to negatively affect the global temperature by producing between one thousand and nine thousand times greater GHG emissions than that of coal burning.

And while these technologies have now been banned in several nations and cities, the Lawrence Berkeley National Laboratory has predicted that the world stock of air conditioning units will surpass 700 million devices by 2030. The Laboratory has initially estimated that the global demand for air conditioning units will surge 33-fold by 2100, against a 2015 baseline. Almost all of these devices will be produced by what is known as vapour-compression refrigeration, 100-year-old technology that uses refrigerants usually HCFCs or HFCs, that absorb and release heat – plus large amounts of electricity.

As for heat, which is arguably one of the hardest sectors to decarbonise for developed nations and lower-income nations alike, the majority is still generated using either fossil fuels or natural gas. Off-grid properties are similarly often reliant on kerosene for heating and lighting – a highly flammable gas which produces large amounts of carbon monoxide.

When put together, the European Union (EU) estimates that heating and cooling account for more than half of the bloc’s building-related emissions, which are responsible for 40% of the bloc’s overall carbon footprint.

In a bid to meet this growing demand for heating and cooling systems as the global population grows, Mitsubishi Electric has created what it claims is the most sustainable two-pipe heating and cooling system in the world. Launched into the market in 2018, the device circulates water using plastic and copper water pipes, rather than traditional refrigerant pipes, enabling simultaneous heating and cooling with heat recovery while minimising GHG emissions from refrigerant use. While refrigerants are still used between the technology’s outdoor unit and hybrid BC controller, the device – unlike traditional Variable Refrigerant Flow (VRF) models – uses water between the HBC and the indoor units. This minimises the resource intensity of refrigerant sourcing for the user, reducing their carbon footprint and device running costs.

During intensive testing to measure the product’s carbon footprint against those of traditional VRF units, Mitsubishi Electric found that the device’s average Global Warming Potential (GWP) was 675. In comparison, the EU-wide standard for such technology, the R410A, requires VRFs to be built with a GWP of 2,088 or less. This means that the device is more than 66% more efficient than currently required, future-proofing it against any future legislation which may set tougher requirements.

A key cause of this low GWP is the fact that the device can capture its own waste heat, repurposing it elsewhere in the building or storing it for future use. It is additionally capable of heating certain areas of a building while cooling others, with minimal switchover time.

In its application for this award, Mitsubishi Electric told edie that these design points make the City Multi R32 hybrid VRF more energy-efficient and easier to control than its predecessors. The firm also said the features serve to make the technology more flexible, allowing end-user businesses to adapt to any temperature eventuality and to accommodate their heating and cooling budgets or carbon reduction targets. Mitsubishi Electric also claims that the product’s ability to use less water and refrigerant – and therefore produce less carbon – is not at odds with performance, with end-users to have trialled the system noticing no difference in comfort.

While the technology has not yet been rolled out at scale in multiple markets, edie’s judging panel was impressed that the business case for installing the device had already been proven, just five months after the product was launched. Several London-based hotels, offices and conference venues have already installed the full-scale technology at their buildings, reportedly reaping “significant” carbon and cost savings.

As end-user businesses become ever-more pressed by rising heat, cooling and electricity prices, our judges concluded that the innovation is likely to be taken up at scale across Europe’s business community – particularly within the hospitality and leisure sector. With more sustainability reporting legislation coming into force every year and new scientific research on carbon emerging at a pace, the judges also noted that a growing awareness of the business impact on the global environment is also likely to drive further uptake of the devices.

What the judges said: “This entry demonstrated elegant innovation in response to an issue which is large-scale and growing. The technology is already proven and directly addressing the issue of greenhouse gas emissions from its sector.”