Microsoft targeting one million tonnes of carbon removal by October

Microsoft has unveiled plans to capture one million metric tonnes of carbon from the environment by the end of the fiscal year, as part of its commitment to become carbon-negative by 2030. 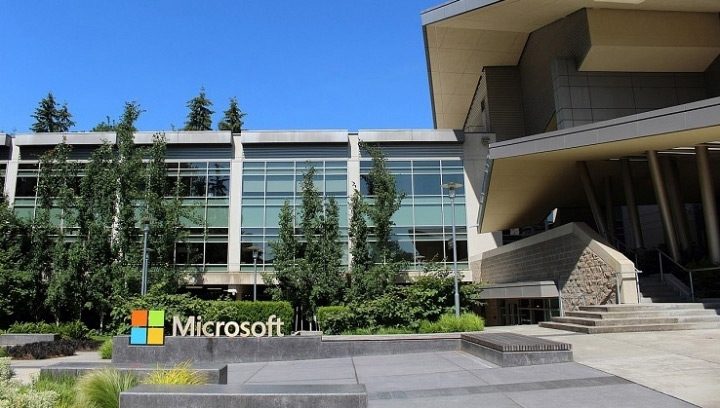 Announced in January, the 2030 goal will see Microsoft reduce its emissions by more than 50% across its entire business and supply chain by 2030 while investing to remove more carbon than it emits annually. Microsoft has been offsetting its emissions to reach net-zero since 2012 and claimed that the new target is evidence of its belief that this approach is no longer sufficient to tackle the climate crisis.

This week, Microsoft’s chief environmental officer Lucas Joppa provided the firm’s first update on how it plans to meet the new target, including an ambition to remove one million metric tonnes of carbon from the environment by the end of the 2020 fiscal year on 1 October.

The firm has issued a request for proposal to source the carbon removal from a mix of nature-based and tech-based solutions. Given the controversies that continue to surround carbon offsetting and insetting projects, Microsoft has vowed to get all project “rigorously vetted and verified” by third parties, including advisory firm Carbon Direct and NGO Winrock International.

“This is a first-of-its-kind approach and we don’t expect to get everything right,” Joppa said.  “We will learn what works and doesn’t, improving our approach along the way. We will also publicly share our learnings from this process so others can accelerate their own carbon removal efforts.”

Joppa also confirmed that Microsoft has extended its internal carbon price to “every part” of its operations and supply chains, meaning that it now covers Scope 3 (indirect) emissions. The price is currently $15 (£11.80) per tonne and is charged as well as calculated.

Additionally, an updated supplier code of conduct now mandates all Microsoft suppliers to calculate and report their emissions across all scopes by next July, lest they face losing their contract. The results of this disclosure will be used to create a new costed timeline for rolling out new technologies and processes across the supply chain.

Speaking to edie shortly after the 2030 goal was first announced, Microsoft’s general manager of supply chain sustainability and cloud computing Paul Clark outlined how the company plans to spend a $1bn funding pot designed for suppliers wishing to pilot or scale-up emissions reductions initiatives. Organisations which “may not be in a position to make the investment needed to bring about large impacts on carbon emissions alone” – either because of their size or because they are located in a region or nation with poor policy or infrastructure support – will be prioritised, Clark said.

In a drive to tackle downstream Scope 3 emissions that result from customer use of Microsoft’s products and services, the tech giant is creating a ‘Sustainability Calculator’ – a digital tool capable of calculating cloud customers’ emissions across all scopes.

The tool will be privately previewed by existing corporate and governmental customers in August. It uses artificial intelligence (AI) and Microsoft’s existing advanced analytics software to calculate past and present emissions, forecast future emissions and identify “hotspots” – meaning that specific actions for emissions reductions can then be recommended.

Microsoft has, historically, faced criticism for continuing to source fossil fuels to power its cloud services and data centres. In 2019, it sourced 60% of the energy needed to power these services from renewable sources, purchasing offsets to cover the emissions related to the 40% still accounted for by fossil fuels.

The announcement of the 2030 ambition saw Microsoft pledge to have green power purchase agreements (PPAs) covering all energy contracted for data centres by 2025. Microsoft built on this ambition this week with a pledge to phase out the use of diesel for backup power in data centres within a decade. It will explore hydrogen and battery energy storage as alternatives.

“Cloud providers around the world rely on diesel-powered generators for backup power to support continuous data centre operations,” Joppa said. “While diesel fuel accounts for less than 1% of our overall emissions, we believe it’s important to help accelerate the global transition away from fossil fuels.”

The announcements from Microsoft come shortly after it launched ‘Transform to Net-Zero’ – a new corporate alliance which will provide businesses with the roadmaps they need to achieve net-zero emissions by or before 2050.  The initiative is being supported by Maersk, Danone, Mercedes-Benz, Microsoft, Natura & Co, Nike, Starbucks, Unilever and Wipro from the private sector, alongside BSR and the Environmental Defence Fund.