Supermarket giant Morrisons will roll out packaging-free fruit and veg across 60 of its UK stores this summer, following a successful trial at three of its stores. 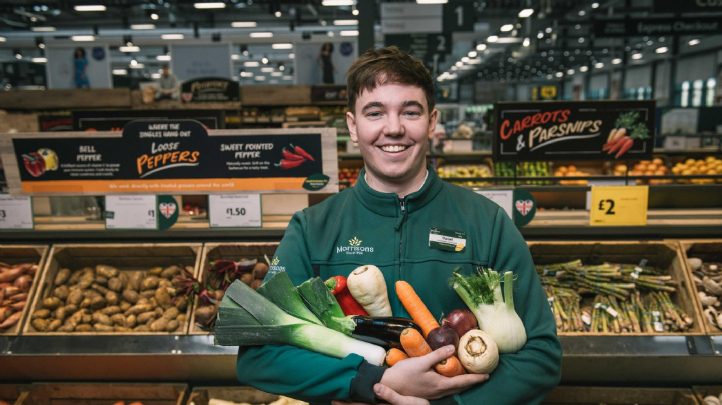 127 produce lines will be sold loose under the programme

The retailer first trialled its “buy bagless” scheme, in which shoppers select from 127 varieties of loose fruit and veg, at its Skipton, Guiseley and St Ives stores last year. After these 10-month pilot schemes proved a success, Morrisons announced this week that it will roll the model out across 60 of its UK stores.

Under the scheme, customers are encouraged to bring their own reusable containers, to carry their produce loose or to use a paper bag. Morrisons removed single-use plastic produce bags from its stores last summer, in a move it claims will reduce its annual plastic output by 150 million items annually. It claims that its paper bags are fully recyclable and biodegradable.

Morrisons estimates that the expansion of its “buy bagless” programme will mitigate the use of three tonnes of plastic per week, or 156 tonnes annually.

“Many of our customers would like the option of buying their fruit and veg loose – so we’re creating an area of our greengrocery with no plastic, where they can pick as much or as little as they like,” Morrisons’ fruit and vegetable director Drew Kirk said.

“We’re going back to using traditional greengrocery and we hope customers appreciate the choice.”

The move from Morrisons forms part of its overarching pledge to reduce its annual plastic footprint by 9,000 tonnes by 2025.

As well as removing plastic bags from produce aisles, it has taken plastic bags off of its range of fresh flowers, replacing them with paper alternatives, and is due to make paper bags a permanent fixture at all of its checkouts this year, following a successful trial.

With the wave of consumer demand for action plastic pollution showing no sign of slowing down – and given that the introduction of the 5p bag charge led to a reduction of up to 30% in plastic bags found in the seas around Britain – Morrisons is one of many supermarket chains to have expanded its loose produce offering in recent months.

In March, rival Tesco began trialling packaging-free fresh produce at two stores in Watford and Swindon, in a bid to monitor whether the removal of plastic packaging for select products will impact levels of food waste. Similarly, Aldi has removed the flexible plastic wrapping from five of its fresh vegetable lines in its Scottish stores.

Elsewhere, Iceland unveiled a scheme at its food warehouse in Liverpool, where 35 produce lines are being sold loose as part of a 12-week pilot. Marks & Spencer (M&S) also recently removed plastic packaging and ‘best-before’ dates from 90 of its fresh fruit and vegetable lines at its Tolworth store in Surbiton.