MPs to probe role of hydrogen in net-zero transition

The Environmental Audit Committee (EAC) is to seek advice on the role of low-carbon hydrogen production and utilisation in accordance with the UK's wider efforts to spur economic growth and reach net-zero carbon emissions by 2050. 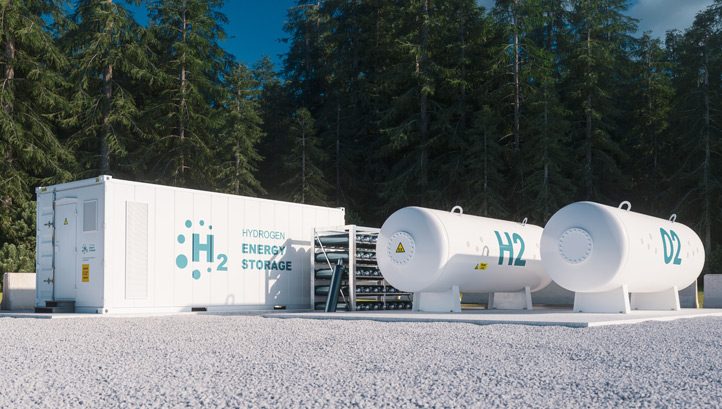 The hydrogen that is produced will need to be low-carbon

The EAC is launching the session as part of its Technological Innovation and Climate Change inquiry. The session will aim to explore the potential usages for hydrogen and ensuring that clean, low-carbon hydrogen is produced.

The EAC’s chairman Philip Dunne MP said: “As we near our commitment of net-zero carbon emissions by 2050, we must consider all options to generate energy that does not harm the environment. Hydrogen could form part of the solution – but it must be produced, stored and used in ways that do not create harmful emissions and maintain the highest safety standards.

“In 2018, 95% of hydrogen was produced using fossil fuels, so it is clear there are significant hurdles that must be overcome for it to become a viable, clean energy source. During this inquiry, we will be hearing from experts in industry about whether environmentally friendly hydrogen can be produced at scale, or if it is merely a pipe dream.”

Hydrogen could provide clean energy for our homes, businesses and transport networks, if it is produced from low-carbon sources, or the carbon emissions created from it are captured. As such hydrogen could help eliminate the largest sources of carbon dioxide emissions in the UK and is seen as a critical part of the future energy mix. However, the hydrogen that is produced will need to be low-carbon, cost-effective and spur an economic recovery, the EAC notes.

Hydrogen in the UK could benefit from existing infrastructure. The UK has the largest global offshore wind capacity and extensive gas networks, both of which can be used to produce, store and transport green hydrogen.

The EAC will scrutinise the development of projects backed by £160m in government funding, in order to find ways to boost industry and deliver greater hydrogen capacity.

In February, the Government announced £90m in funding to help cut emissions from industrial processes and the built environment, including the backing of two low-carbon hydrogen production plants. £70m will be spent to fund low-carbon hydrogen production plants near Mersey and Aberdeen, while a third project will use offshore windfarms off the Grimsby coast to produce clean hydrogen.

The funds will explore and trial technologies that can switch industrial production from fossil fuels to renewables in industries including glass and cement production.

An additional £20m will be used to fund projects to cut domestic household emissions through local smart energy projects. More than 250,000 people could have their homes powered by renewables as a result, with the Government claiming that electricity bills could be halved for those who partake in the trials.

In March, a new Hydrogen Taskforce emerged, led by Shell and BP, that is lobbying for the UK Government to invest £1bn to boost hydrogen production in the UK.

The taskforce believes that the UK can be home to a “world-leading hydrogen economy” by investing £1bn on funding for hydrogen production, distribution and storage projects that could be used for transport and heating and blended into the gas grid.