The operating firm for National Grid is predicting that the UK's electricity grid could capture, offset or absorb more carbon than it emits by as early as 2033, if efforts to scale up renewable energy generation and carbon capture technologies are accelerated. 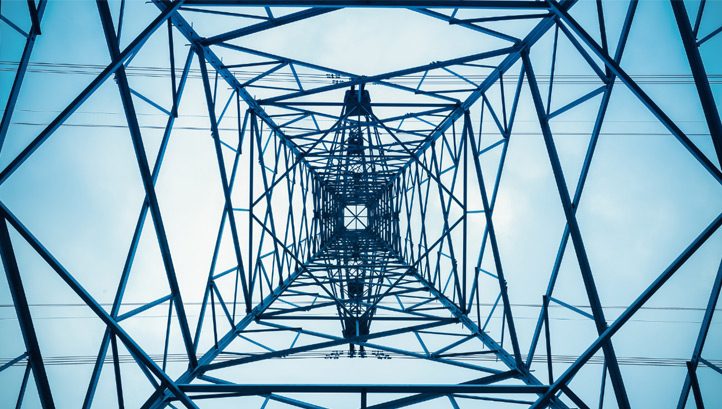 In the “most stretching” scenario, the ESO and wider electric power sector would be able to deliver net-negative emissions within 13 years by rapidly scaling up the use of bioenergy and the installation of carbon capture, usage and storage (CCUS) technologies. By shifting from fossil fuel generation to biomass and bringing large-scale CCUS arrays online at all industrial clusters by 2030, along with hydrogen infrastructure, the report claims, the power sector could sequester 62 million tonnes of CO2e by mid-century. 70% of biomass facilities could create negative emissions in this scenario.

At present, only two industrial clusters with hydrogen and CCUS capacity are due to come online within the next decade – the Humber project, spearheaded by Drax and Equinor, and HyNet North West, spearheaded by Cadent.

As such, the report calls on UK policymakers and corporates seeking to demonstrate net-zero ambition ahead of the 2050 target to increase investment in these emerging technologies; enhance collaboration on cross-sector regulations and services and work with key stakeholders on a local basis.

Moreover, aligning the UK with the National Grid ESO’s most ambitious net-zero scenario would require rapid and far-reaching improvements to energy efficiency across the nation. The report describes energy efficiency improvements as a “no-regret action” for policymakers and corporates, given that the business case already stacks up favourably in the majority of cases.

In its most ambitious scenario, the total energy demand for the road transport sector falls by 75% between 2019 and 2050, due to a combination of electrification, automation, increased efficiency (carsharing, more efficient logistics) and modal shifts towards active travel and public transport. Similarly, the energy consumption of the average home falls to 25% of current levels, as housebuilders, local authorities, central government and individual homeowners invest in deep retrofits and smart technologies.

“Although these are not firm predictions, we’ve talked to over 600 industry experts to build this insight and it’s clear while net-zero is achievable, there are significant changes ahead,” the ESO’s head of strategy Mark Herring said.

Herring went on to warn that bringing any of the three net-zero-aligned scenarios detailed in the report would require “immediate action” from the Government on key energy policies.

BEIS is notably set to publish the Energy Whitepaper, Heat Strategy and Buildings Strategy this Autumn, following extensive delays. The National Infrastructure Strategy, initially due for launch at the March budget, and the Department for Transport’s roadmap for aligning all modes with net-zero, are both earmarked for publication at the end of 2020.

The Future Energy Scenarios report is the first from National Grid ESO since it claimed that Great Britain’s electricity system can operate as a zero-carbon grid by 2025.

Responding to the Operator’s research and to the updated Climate Change Act, National Grid committed to align its model with the 2050 net-zero target by investing to improve efficiency, electrify fleets, minimise natural gas leaks and bring more renewable generation online.

Its approach has, however, faced criticism. Some groups said they would have liked to have seen a more ambitious deadline, given that the electricity sector will be crucial to the decarbonisation of sectors like heat, transport and heavy industry.

National Grid and BEIS have also been told that their net-zero strategies are over-reliant on biomass and CCS, as biomass has the potential to bear negative land-use consequences and CCS may not mature and upscale rapidly enough.