edie's new mini-series exploring how local authorities are collaborating with businesses to actuate community-centred sustainability schemes on the road to net-zero emissions continues, this time with a look at how Oxford and its Citizens' Climate Assembly are aiming for net-zero by 2030. 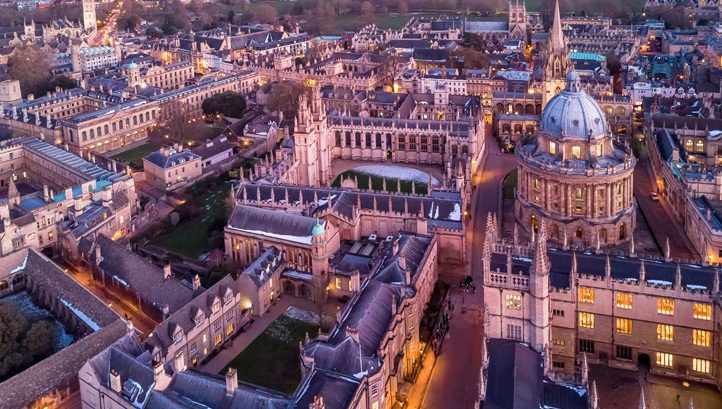 Much like Bristol City Council – the first council interviewed in this mini-series – Nottingham City Council – the second in the series – Oxford has made a public declaration on the climate emergency, which culminated in the creation of a net-zero emissions target for 2030 and the implementation of the UK’s first Citizens’ Climate Assembly.

While the national Citizens’ Assembly is meeting in Birmingham for the first time today (24 January), Oxford announced its intention to become the first UK local authority to create a “citizens assembly” to assist with the establishment of new carbon targets and climate mitigation strategies back in April 2019. A response document to the first meeting, held in September 2019, saw Oxford City Council pledge to become net-zero across its direct operations by the end of 2020.

More broadly, the Council was instrumental in the creation of the city’s net-zero target – 20 years ahead of the national target. In order to reach this target, the 42 members of the Citizens’ Assembly are recommending the “introduction of new energy efficiency requirements for community buildings and new-build housing; measures to boost local renewable energy installations; measures to cut transport emissions and investment to expand biodiversity across the region”.

Speaking to edie, Councillor and Cabinet Member for Zero-Carbon Oxford Tom Hayes said that the declaration of the climate emergency delivered a huge conversation shift in the city, which has seen key actors ramp up sustainability actions.

“Climate emergency declarations are a phenomenally fantastic way of galvanising attention, particularly if a council has already done a lot in this area. For us, the challenge was identifying what more we can do,” Hayes told edie. “It’s an interesting thing to declare. We’re saying we’re going to act unusual and out of the ordinary. It suggests that business as usual is no longer an option.

“An emergency declaration is valuable because of that and the ability to get people to work together. Oxford is our home and our big goal is to have the leading organisations inspire others to do more but share challenges and take that energy back into their organisations.”

The Council is responsible for just 1% of Oxford’s airborne CO2, but has realised the impact of declaring the emergency and setting up the Citizens’ Assembly can have. The University of Oxford, for example, is responsible for around 8-9% of the city’s emissions and the declaration has spurred them to explore the construction of more buildings to Passivhaus standards. The University’s The Hub building, launched in 2017 by Kellogg College, was the first to be certified to Passivhaus standards and many more are expected to follow.

Internally, the offsets purchased by the Council will be certified and will contribute to tree-planting in south-east England, but the Council has reiterated that the main focus of work will be reducing emissions.

The local authority has also confirmed plans to bolster its existing £84m climate-related funding pot with an additional £1m of operational funding and £18m of capital investment. It will outline plans regarding precisely how this pot will be spent – and what other measures will be used to support its aims – in the coming months.

Surprisingly, transport has been one of the key successes of Oxford’s decarbonisation efforts to date.

Oxford unveiled plans to phase out petrol and diesel vehicles from the city centre with an ultimate aim to deliver a zero-emission zone in 2035. At 16%, transport is the section largest emitting sector in the city behind buildings.

In response to the Assembly, the Council has pledged that at least a quarter of the council’s vehicles will be electric by 2023 at the latest. More broadly, an “Energy Superhub” in Oxford will play host to the world’s first transmission-connected 50MW lithium-ion and redox-flow hybrid battery systems as well as a network of 320 ground-source heat pumps. The scheme is just one of the initiatives totalling more than £80m in investment to support carbon reduction.

Around 400 electric vehicle (EV) chargers will power new EV capacity. Transport accounts for three-quarters of the nitrogen dioxide pollution in Oxford, and 50 tonnes of CO2 are emitted by road traffic in the city every morning rush hour. However, over the past 10 years, air pollution levels in the city have decreased by more than 36%.

Oxford City Council and Oxfordshire County Council have published proposals on a zero-emission zone (ZEZ) for a city centre, which could be rolled out to a small part of the city by December this year.

As a result of the ZEZ, buses and Oxford licensed Hackney Carriages that will drive within the planned ZEZ have agreed on timelines to introduce zero-emission fleets across Oxford and will not be subject to charges. From January 2020, all Hackney Carriage Vehicles licenced in the city will transition to becoming zero emissions by 2025. Bus companies will also work with the councils to move towards zero emissions by 2035 at the latest.

Commenting on the ZEZ, Pedal & Post’s director Christopher Benton says: “The rise of online deliveries has presented a range of transport issues for medieval cities like Oxford – Cargo bikes can deliver up to 51% of all goods in cities and we enjoy inspiring residents and business’s showing what is possible to be delivered by the humble cargo bike. We now work with over 80 local businesses delivering everything from parcels to veg boxes to urgent medication and we’ve managed to save an estimated 30 tons of co2 from cycling across 2019.

“The ZEZ gives us as a local business the confidence to invest further and be much more ambitious in 2020 to help Oxford towards emission-free deliveries. We look forward to working with the two councils to help support and develop these measures, if this is going to work, then we will all have to work together. The challenges we face are extremely daunting but the road to zero is achievable if we act now.”

These proposals have involved a lot of private sector collaboration, another area of strong progress for the city and council.

The Council has created a network of organisations aiming to reduce emissions by 40% by 2020 against a 2005 baseline. Plans are in place to hold a Zero Carbon Oxford summit in 2020, which aims to get the major private sector emitters in the city to convene at an event and discuss collaborative approaches to decarbonisation.

“At Oxford, we’ve committed to doing things that we know we have complete power and control over,” Hayes adds. “We’re responsible 1% of emissions of the city, we can clean up our own house and have influence over 66% of the city’s emissions through our housing company and direct services firm. We, therefore, have a lot of influence over emission in the city.

“It’s hoped the summit can allow the major players to share opportunities but also the challenges that they face.”

Alongside the Superhub, an industry-first Project LEO (Local Energy Oxfordshire) is exploring how businesses can interact with local renewable projects (including solar PV systems at schools), EVs, battery storage and demand-side response mechanisms.

However, the main challenge to overcome in the city is the emissions associated with buildings. The Council’s research notes that more than 80% of total emissions derive from the built environment, and Hayes notes that this will be a big and costly piece of work in order to reach net-zero emissions.

“We won’t solve this at a local level unless we solve the carbon footprint of buildings, it’s as a simple as that,” Hayes says. “Reviews are underway looking at the energy efficiency and thermal leakage of our council houses, affordable housing and council buildings. We’ll have to spend considerable money on retrofits to improve the energy ratings of these buildings.”

While the retrofitting reviews are underway, the council is looking at the impact of new builds in the city. Hayes adds that the Assembly members were clear that they wanted long-term costs savings through energy efficiency buildings by bearing some of the upfront costs in the outset.

With more and more councils and businesses exploring net-zero strategies, Hayes is aware of the collaborative conversations that need to take place, where that is across governments or with new and engaged citizens.

“Local government has been hacked away at so much financially,” he adds. “In order for us to deliver on the ambitions of our cities and citizens we need government support.

“We need more community bridges to engage people on things like repair and reuse and biodiversity. We’re doing that with a Youth Climate Board and Summit and I think that doing this at a much greater level that doesn’t’ just fix the climate problem, but fixes the big political problem of trust through community outreach.”