The HM Treasury has published a final report in the build-up to a Net-Zero Spending Review, claiming that the transition to meeting the UK's long-term climate goals could deliver "slightly positive or slightly negative" economic growth for the UK, depending on how decisive policy action is. 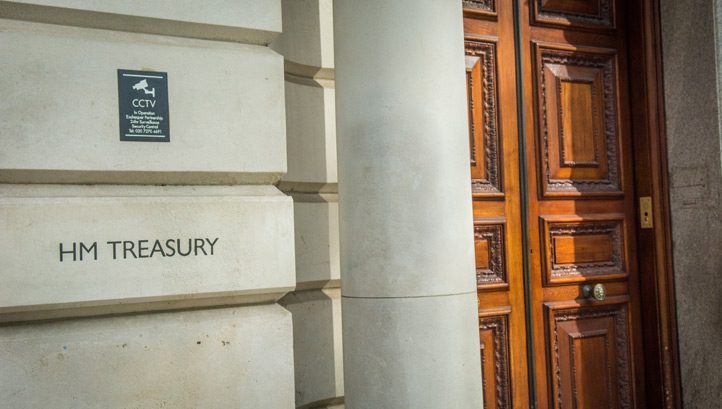 The Treasury has today (17 December) issued the interim report for its Net-Zero Review. The report contains analysis, rather than recommendations, as to how a policy will shape economic efforts to reach net-zero emissions by 2050, both nationally and globally. The analysis will assist the creation of an official Net-Zero Spending Review, which will be published next year.

The interim report has been created following recommendations from the independent Climate Change Committee (CCC), which warned that the economic costs to reaching net-zero needed to be analysed to uncover the fiscal risks and opportunities across the whole UK economy.

The report found that global efforts to reach net-zero emissions are likely to deliver “slightly positive or slightly negative” levels of growth for the UK, depending on how policy is introduced to drive internal collaboration while positioning the UK as a global leader and exporter of low-carbon goods and services. However, the Treasury reiterates that net-zero is “essential” in delivering long-term prosperity and that the Prime Minister’s Ten Point Plan can form the basis of an enabling policy environment.

“The transition to net-zero will create new opportunities for economic growth and job creation across the country. The demand for low-carbon goods and services will encourage new industries to emerge, with the potential to boost investment levels and productivity growth,” the report states.

“Moving decisively in areas of comparative advantage could generate export opportunities and establish the UK as a global leader across the low-carbon economy. Co-benefits from decarbonisation, such as improved air quality, can also be economically significant. However, reaching net-zero will also involve costs and lead to significant structural change.”

As part of analysis for a recommended Sixth Carbon Budget, the CCC claimed that delivering the UK’s 2050 net-zero target will cost between 0.5% and 1% of GDP. The CCC had previously forecast costs of between 1% and 2% of GDP but has adjusted calculations in light of cost reductions in sectors like offshore wind.

The Treasury warns that decarbonisation alone won’t enable the transition to net-zero. Households and sectors currently have a “lack of information” on optimal ways to reduce carbon footprints and are at risk of locking themselves into high-carbon activities.

As such, policy has a key role in shaping fiscal markets and incentives to ensure that low-carbon products and services are championed in the UK.

The report notes that revenues from taxes on fossil fuels and carbon-intensive industries will fall as the UK progresses towards its net-zero target and that the Government will need to find ways to offset the lost tax revenues. A key aim of the transition, the Treasury notes, is to “maintain the long-term health of the public finances”.

Carbon pricing is a key mechanism that the Treasury focuses on in the report. It notes that pricing “should be supplemented by other policies in order to achieve an equitable balance of contributions from households, businesses and taxpayers”.

The Government confirmed in the Energy White Paper that a UK variant of the EU Emissions Trading Scheme (ETS) will be introduced on 1 January 2021. The document notes that the Government is “open to linking the UK ETS internationally in principle” but no preferred linking partners have been confirmed.

The UK ETS has been designed by the UK government jointly with the Scottish Government, Welsh Government and Northern Ireland Executive. The Government first proposed changes to the system in the summer. Published by the Department for Business, Energy and Industrial Strategy (BEIS), the proposals aim to deliver consistency for operators that are used to the EU ETS, but does commit to reducing the current emissions caps for carbon-intensive industries by 5% compared to the European system.

The recent National Infrastructure Strategy also confirmed that the Treasury was updating its Green Book, which outlines the appraisal methods for major investments. The update is designed to ensure that projects are aligned strategically with the net-zero targets. However, the approval of HS2 and the £27bn roads programme continue to raise alarms amongst climate campaigners.

Kemi Badenoch, the Exchequer Secretary to the Treasury, said: “We are determined to achieve a cleaner, green future, and cutting our emissions to net-zero by 2050 is crucial to this.

“We are already making good progress and have set out billions of pounds in green investment, including decarbonisation and greener homes, electric vehicle charging infrastructure, walking and cycling infrastructure, flood defences and backing enough offshore wind to power every UK home by 2030. This valuable piece of analysis will help inform our next steps as we work to build back better and greener.”