BP has announced plans to build the UK's largest blue hydrogen production facility in Teesside, while the Government has committed new funding for carbon storage infrastructure off Aberdeenshire. 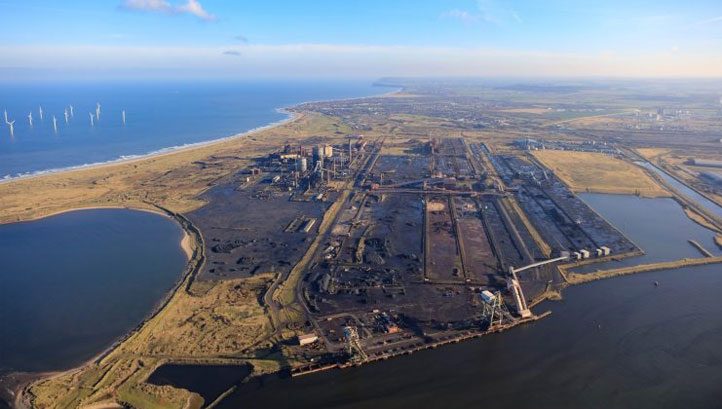 Pictured: The site for the BP project

BP’s plans, unveiled late on Thursday (18 March), will see the company developing a facility with a 1GW capacity by 2030. The facility will generate hydrogen by splitting natural gas, with up to 98% of the emissions from this process then captured using man-made technology.

A final investment decision is expected in early 2024. If plans go BP’s way, the facility could begin production in 2017, with an initial capacity of 500MW.

A statement from BP reveals that it has secured the support of the UK Government and the Tees Valley Combined Authority for the facility, which will form part of the H2Teesside project and contribute to the Net Zero Teesside industrial cluster. BP’s statement also confirms the support of Northern Gas Networks and Venator.

The UK Government is notably targeting 5GW of ‘clean’ hydrogen production capacity by 2030. Globally, some 95% of the hydrogen produced globally in 2020 resulted from fossil-fuel-based processes without carbon capture and storage (CCS).

The UK Government is expected to publish its long-awaited Hydrogen Strategy in the coming weeks,

In related news, the UK Government this week confirmed its intention to allocate £31m of grant funding to a carbon storage capacity project in the North Sea, off the Aberdeenshire coast.

The project will be used to store the carbon captured at the Scotland Net Zero Infrastructure project in Peterhead in rocks deep beneath the sea.

Business Secretary Kwasi Kwartend said the broader Infrastructure project “will not only help in the creation of a greener economy in Scotland but it will also lead to the creation of potentially tens of thousands of sustainable jobs and new opportunities for people in Aberdeenshire.”

Aberdeen is believed to be the area in the UK most dependent on the offshore fossil fuel sector. A recent IPPR report found that more than 10% of jobs in the city and 5% in surrounding Aberdeenshire are related. The Scotland Net Zero Infrastructure project forms part of the wider Aberdeen Energy Transition Zone, which received a £27m pot at the 2021 Budget.

edie readers keen to learn more about carbon capture, utilisation and sstorage (CCUS) are encouraged to download the recently published edie Explains guide on the topic. Produced in association with Carbon Clean, the guide is free to download. Access it here.