Donald Trump's choice to run the World Bank has moved swiftly to allay fears that his appointment will lead to a softening of the organisation's approach to climate change. 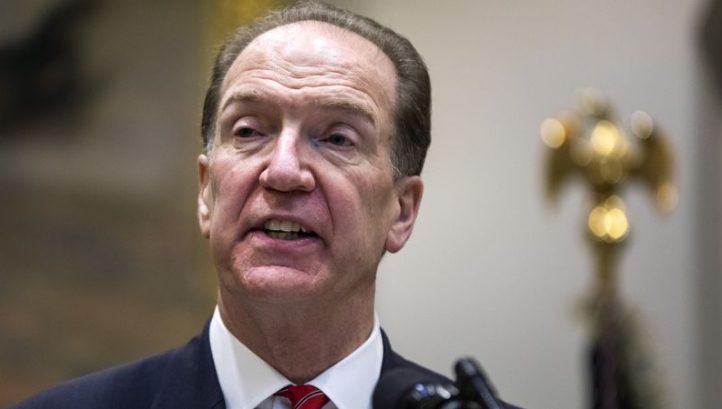 In his first day at the helm of the Washington-based institution on Tuesday (9 April), David Malpass said helping developing countries cope with global warming would remain central to the bank’s mission.

Malpass also said there would be no change in the bank’s refusal to lend for new coal-fired power plants, despite Trump’s strong support for US coal producers.

“Climate change is a key problem facing people,” Malpass said. “It presents specific problems and we are addressing them through adaptation and through meeting our climate change action plan. My expectation is that the bank continues the direction it has been pursuing in terms of those goals.”

Malpass was appointed unopposed last week, continuing a tradition that the US gets to choose the president of the World Bank while the Europeans appoint the managing director of the International Monetary Fund.

But there were concerns, both among the bank’s staff and campaign groups, that the former US Treasury official would adopt a growth-at-any-cost approach that would downplay the organisation’s recent environmental focus. Bank sources said there was relief when, in an address to staff, Malpass mentioned climate change twice and called the challenge “immense”.

The World Bank’s climate change action plan has pledged to increase lending in poor countries vulnerable to global warming, warning that failure to act risks pushing an additional 100 million people into poverty by 2030.

Asked at a press briefing about his views on the bank’s anti-coal policy, Malpass said: “The World Bank board and the governors have established a policy on that. I don’t expect a change in that policy.”

Malpass said his first visit as bank president would be to sub-Saharan Africa later this month and it was worrying that the world’s poorest countries were being affected by the slowdown in the global economy seen since the middle of 2018.

“It’s very important that global growth be faster. It is a key part of meeting the challenge on poverty and shared prosperity.”

In addition to tackling the problems of climate change, Malpass said it was important that developing countries had robust private sectors and encouraged women to take a full role in the economy.

The new World Bank president said there would be an evolution in its relationship with China but no dramatic change. As it grew richer, China would borrow less from the bank and contribute more capital.

There had been a shift in the bank’s lending towards lower-income countries with greater needs and away from middle-income countries, Malpass said. “China has not been singled out but the expectation is that countries that have done better will be reducing their lending from the bank.”