The Environment Agency has unveiled an armoury of high-tech equipment it will use to fight the spectre of potential flooding this winter, including lasers, solar-powered cameras and a remote-controlled robot called Mr Nosey.

The water-fighting gadgets are being publicised as part of the Agency’s Flood Action Campaign which runs through the first half of November to warn businesses to prepare themselves for extreme weather.

Environment Minister Rory Stewart said: “Flooding can have a devastating impact on lives, homes and businesses.

“We are making the most of new technology to help people prepare for potential floods. From ultra-sonic scans of riverbeds on remote controlled boats to robots scouring culverts, we are supporting communities stay protected should the worst happen.”

The crown jewel in the Environment Agency’s arsenal is a new robot known as Mr Nosey, which is being used to investigate causes of flooding that people can’t reach, such as blocked tunnels and underground culverts.

Weighing 30kg to prevent it from being swept away in fast-flowing water, Mr Nosey beams real-time images to the surface so that Environment Agency staff can assess the damage or blockages below. 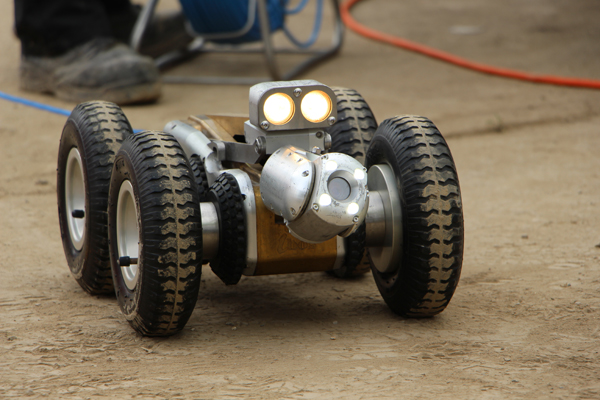 John Curtin, the Environment Agency’s executive director of flood risk management, said: “Almost five million people in England live in areas at risk of flooding and innovations ranging from little gadgets like Mr Nosey to our new state of the art incident vehicles are hugely important.

“They are the little brothers to our larger scale flood defences, such as the iconic Thames Barrier, but all of them help us to reduce that risk. As winter approaches, we also encourage people to prepare for potential flooding by checking the flood risk in their area and signing up to free flood warnings.”

Lasers – The Environment Agency’s aerial survey team use lasers to map and scan the English landscape from above. This data is used for flood modelling and to track changing coastal habitats. 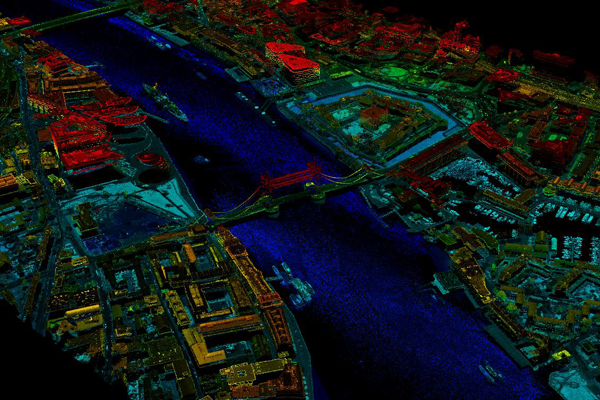 Solar-powered cameras – The Environment Agency has recently installed solar powered cameras at locations around the country to monitor water levels in crucial areas. The cameras are linked to Twitter and when residents have signed up to the service, they will receive alerts and photos via twitter when water levels rise significantly.

Amphibious Weed Cutting Boat and the 'Robomower' – The Environment Agency’s Amphibious Weed Cutting Boat trawls land and water, clearing overgrown weeds with a giant chainsaw to maintain the flow of rivers and prevent blockages that cause flooding. Its partner in crime, the Robomower is a remote controlled grass cutter used for the same purpose on steep grass flood banks to keep grass and bushes to a minimum. 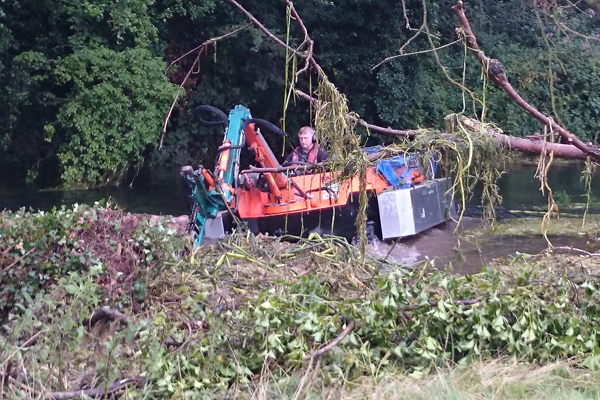 Incident Command Vehicles – When flooding is about to strike, the Environment Agency’s Incident Room is opened and emergency response teams spring into action. The incident command vehicles are one of the first on the scene and use satellite communications to send live footage back to Environment Agency HQ.

The vehicles are kitted out with the latest technology to provide emergency response teams with up-to-the-minute briefings and the on-board generator means they can operate from the most remote locations. The only thing they are missing is an ejector seat.

ARC boats – The tiny ARC (Acoustic Remote Controlled) boats use ultrasound pulses - similar to those used to scan pregnant women – to collect information about how much water is flowing in rivers.  This data is used to monitor river levels and predict when flooding may occur. The boats can be used on areas of a river that it would be too dangerous to get to otherwise, such as under bridges or in fast-flowing currents. 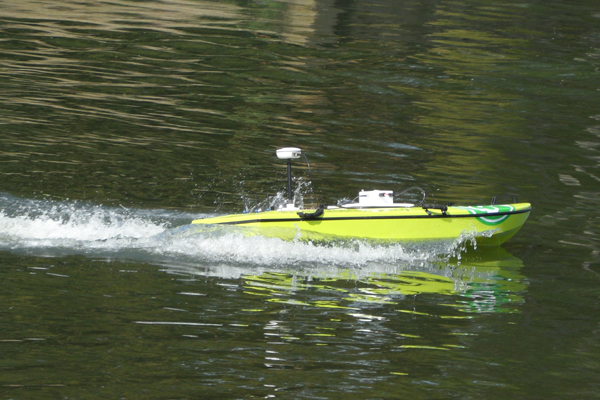 The Thames Barrier – Last but not least, the Thames Barrier – one of the largest movable flood barriers in the world – is a more traditional type of flood defence. Spanning 520 metres across the River Thames near Woolwich, the barrier protects around £200 billion of assets within London including 500,000 properties, London’s financial and business centre and 1.25 million people living and working within London.

It has 10 steel gates that can be raised into a position of defence across the River Thames. When raised, the main gates stand as high as a five-storey building and as wide as the opening of Tower Bridge. Each main gate weighs 3,300 tonnes. The barrier is closed under storm surge conditions to protect London from flooding from the sea. 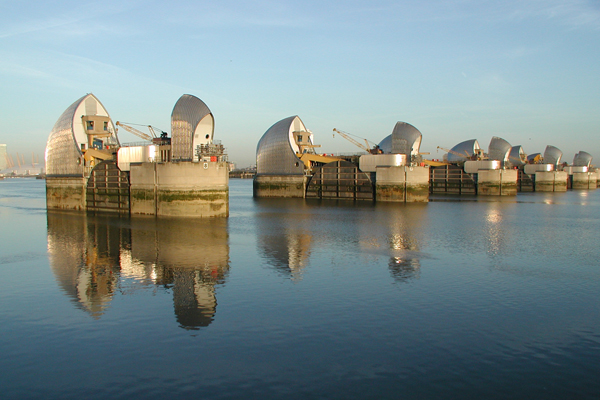