The UK could halve the amount of water used in energy generation by 2030, if it realises an ambitious renewable energy plan says the International Renewable Energy Agency (IRENA).

The UK is projected to withdraw 20bn cubic metres of water for power generation in 2030, but this could be cut to 9.7bn if the UK generates 60% of its electricity from renewables, with scaled-up solar PV and wind at the forefront.

The water benefits of renewable energy are an under-reported aspect of the technology according to IRENA's latest report: Renewable Energy in the Water, Energy & Food Nexus.

For example the American Wind Energy Association estimated that the US saved more than 130 billion litres of water - equivalent to the annual water consumption of over 320 000 U.S. households -thanks to electricity from wind energy in 2013. 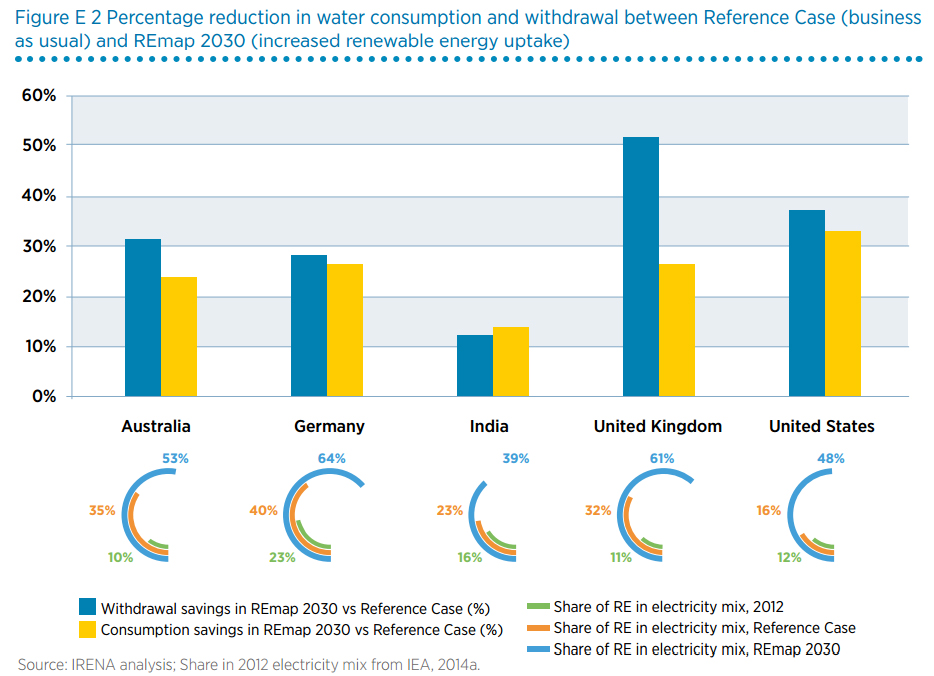 Energy supply presently accounts for nearly 15% of global freshwater withdrawals annually, and if that number is not reduced the industry with the most to lose could be the food-end of the nexus, the agricultural sector.

"Vulnerabilities in water and energy supply pose critical risks for food security, as severe droughts and fluctuations in energy prices can affect the availability, affordability, accessibility and utilisation of food over time," says the report.

The agri-food supply chain accounts for 30% of the world's energy consumption and is the largest consumer of water resources, accounting for approximately 70% of all freshwater use.

In addition the report points out that as technology costs come down, solar could improve the water supply by powering desalination plants.

In related news, a dozen world renowned energy experts launched the International Energy Advisory Council (IEAC) today. The goal of the new organisation is to assist governments with the implementation of sustainable and climate-friendly energy policies 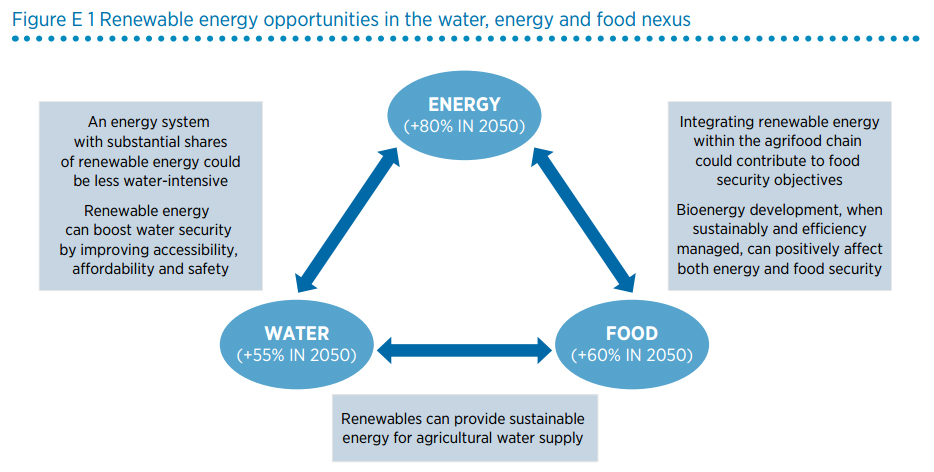