A flurry of recent green announcements has seen Apple evolve from laggard to leader on the environmental front. And the tech giant has some interesting sustainability developments to come...

Greening the Apple: The tech giant is emerging as a leader rather than a laggard on the environmental front

"The time for change is now," Apple's chief executive Tim Cook recently proclaimed. "We know at Apple that climate change is real. The time for talk has passed and the time for action is now. We're thrilled to continue on a course of doing things that make the world better than we found it."

And Cook's company is sticking to its word. New supply chain commitments, resource efficiency pledges and the development of the 'greenest building ever' have all helped the company defy critics of its sustainability credentials.

Here are five reasons why Apple is shaping up to become a sustainability leader: -

It's embracing the renewables revolution

Apple aims to power all its corporate offices, retail stores and data centres entirely with energy from renewable sources. The corporation is designing new buildings - such as its new headquarters in Cupertino - and updating existing ones to reduce energy consumption. Earlier this month, Apple announced it had committed to a 280MW solar farm at its new headquarters to meet the sites energy needs. It is also sourcing renewable energy for its other facilities from third-party suppliers. In 2013 Apple achieved a 169% increase in the use of renewable energy which powered 73% of all Apple facilities; rising to 100% of the energy at Apple's data centres.

According to the Supplier Responsibility 2015 Progress Report Apple published earlier this week, it carried out 633 audits of supplier facilities in 19 countries in 2014 - 182 more than in 2013. Fifteen factories had production completely suspended for "seriously polluting fresh water supplies and air". Apple said it will terminate its contract with these 15 suppliers if a solution cannot be found to these breaches.

The company has also been working with Dutch quango the Sustainable Trade Initiative to find a more sustainable source of tin. In 2012, Apple was accused of sourcing its tin from suppliers mining in Indonesia who are devastating the environment.

It's worth noting that in December last year a BBC Panorama investigation uncovered poor working conditions and treatment of workers in Chinese factories in Apple's supply chain, but the company disputes the programme's findings. 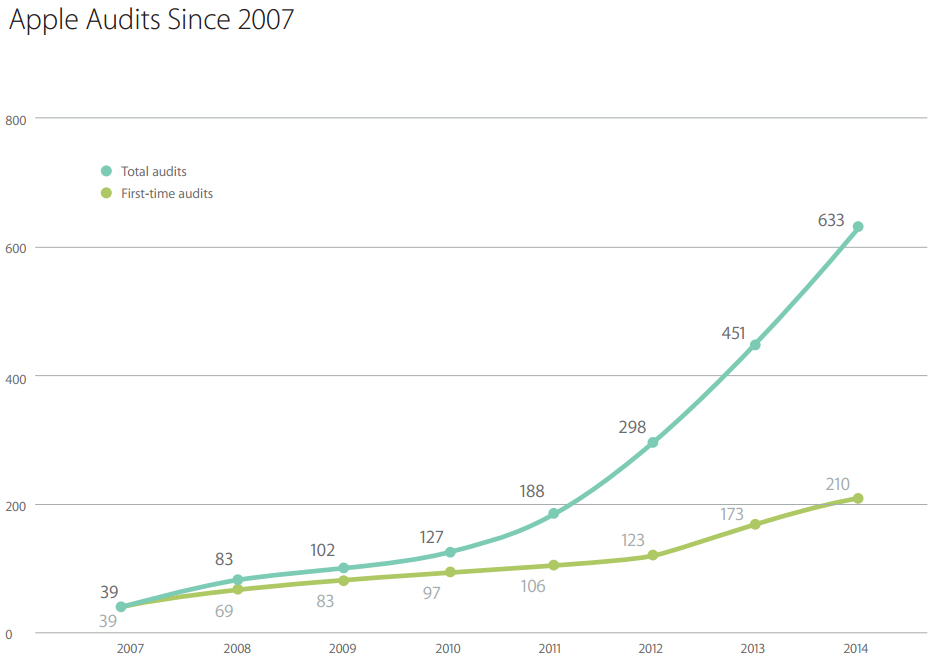 It's moving  into the electric car market (possibly)

Apple is reported to have 100 engineers developing a battery-powered electric minivan vehicle that could potentially shake up the electric car market. While Apple is refusing to confirm or deny the rumours, it has hired several people who have experience in vehicle design. The car is expected to be a rival to Tesla, whose electric vehicles aim to enhance the driving experience through technology.

Tim Cook added weight to the rumours when he revealed that "there are products [Apple] are working on that no one knows about" and "that haven't been rumoured about yet" last September.

Is Apple going to challenge Tesla with an electric car? http://t.co/Cc3r2Ns79s #EV pic.twitter.com/zaUONV8WFe

It's committed the resource efficiency of its products

Today's Mac Pro uses 74% less aluminium and steel than the previous design and the newest iMac is made with 68% less material than the first iMac. Moreover, every Apple Retail Store in the world takes back Apple products for free recycling. It has also set up recycling programmes in cities and university campuses in 95% of the countries where Apple products are sold, diverting more than 190 million kilos of equipment from landfills since 1994. In 2010, Apple set out to achieve a worldwide recycling collection rate of 70% of the total weight of the products sold in 2003. It has achieved 85% every year since. It has even won over Greenpeace by removing hazardous toxins from its products. 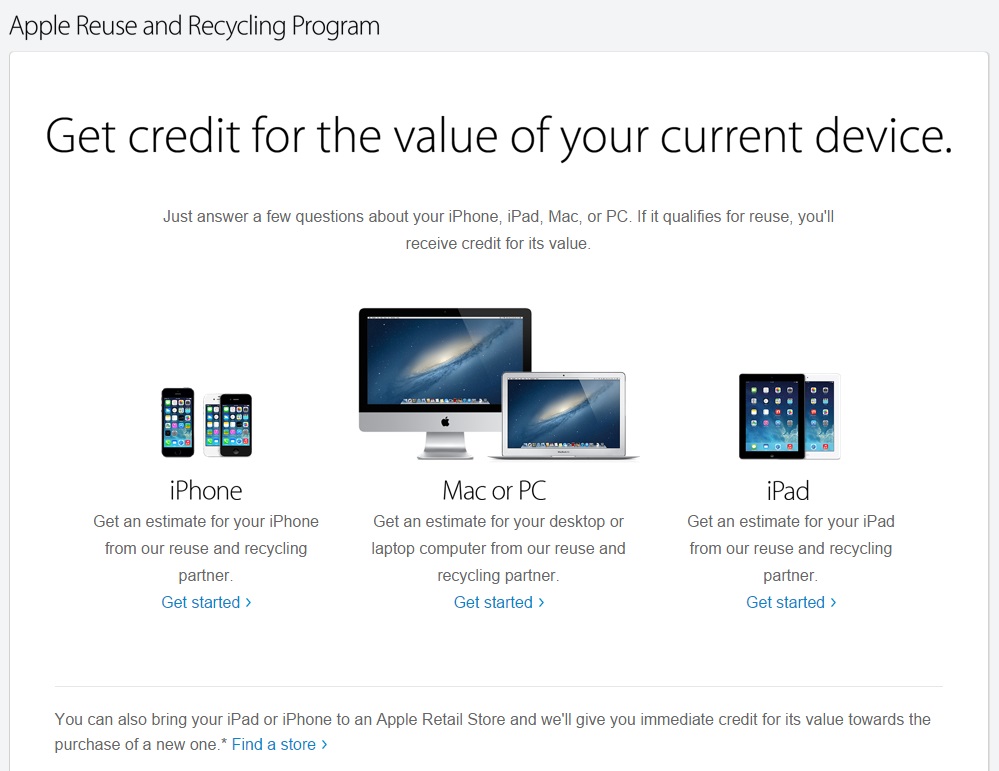 The new Apple headquarters will be the 'greenest building ever'

The new Apple Campus 2 in Cupertino will be powered by 100% renewable energy from the solar farm, and uses 30% less energy than a typical R&D building. The campus aims to form a partnership with the environment, utilising the climate to provide natural ventilation for 75% of the year. Just under 80% of the site will be open space with 7,000 mainly drought-tolerant plants to reduce water usage. Workers will be able to commute to the site on biofuel buses and bicycles, and Apple is providing over 300 electric vehicle charging stations on site.