Britons throw away more than 300,000 tonnes of reusable furniture every year

A new report has called on local authorities and manufacturers of 'bulky waste' - waste too big for normal disposal - to put a greater emphasis on the reuse of unwanted furniture.

With the collectors unable to enter a residents home the furniture is either left outside and exposed to weather, or cut up into pieces so it can be transported to landfill

Rearranging the Furniture from the waste think-tank RSA and resorces firm SUEZ, has revealed that 1.6 million tonnes of bulky waste - 42% of which is furniture - is sent to landfill every year, despite over 50% of it being reusable.

The report recommends that local authorities should become ‘resource returners’ rather than waste managers and that manufacturers should work closely with the authorities to implement a system that allows for collection of bulky products, to ensure they are sent back to the manufacturers for reuse.

David Palmer-Jones, chief executive officer of the Recycling and Recovery UK division at SUEZ said: “Despite sitting above recycling in the waste hierarchy, reuse does not get nearly the same attention as recycling does.  The opportunities to make more of the products we discard are huge - but it needs a concerted and coordinated push from product designers, policymakers and waste management service providers."

Bulky waste provides a different challenge for waste managers as it is too big to be disposed of in rubbish bins. With the collectors also unable to enter a residents home the furniture is either left outside and exposed to weather, or cut up into pieces so it can be transported to landfill. Both of these scenarios halt the potential of a circular economy in the furniture industry.

Despite the report focusing in on bulky waste, it also warns that the UK’s wider system of waste reuse needs an overhaul in order to tap into waste-saving potentials. According to the report 80% of potential environmental implications and reuse options occur at the concept design stage. 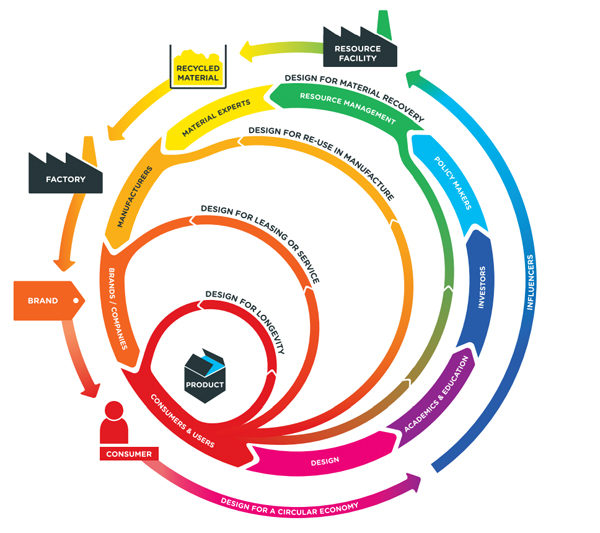 The report recommends that policy makers should continue to increase landfill tax and introduce a ban on landfill for bulky waste. It also recommends that the land-tax should be used to fund re-use collection and waste prevention services.

The report states that not only will reuse positively affect the environment, it will also have economic impacts for both consumer and manufacturer. By working with collectors or reuse companies manufacturers can save on costs while boosting employment.

WRAP believes that a European transition to the circular economy could create three million extra jobs by 2030.