Governments and businesses should commit to zero-net emissions by 2050 according to the 'B Team' - a group of 16 renowned CEO's and policymakers headed up by mogul Richard Branson.

Members of the B Team – including Arianna Huffington, Paul Polman and Ratan Tata – authored an open letter to UN climate chief Christina Figueres calling for 'bold action' ahead of the Paris 2015 climate talks.

"Setting a net-zero GHG emissions target by 2050 will drive innovation, grow jobs, build prosperity and secure a better world for what will soon be nine billion people," said Branson. "Why would we wait any longer to do that?"

The group's letter calls for five actions to keep the earth within the 2C warming limit:

1. For governments to commit to a global goal of net-zero greenhouse-gas emissions by 2050, and to embed this in the agreement to be signed at COP21 in Paris.

2. For businesses to match this ambition by committing to long-term targets and driving low-carbon solutions to scale, thereby enabling the world to achieve the net-zero 2050 target.

3. For both businesses and governments to adopt meaningful and effective carbon pricing.

4. For governments to end all fossil fuel subsidies, and to shift this capital to help scale affordable renewable energy solutions to enable wider economic transformation.

5. For both businesses and governments to ensure the benefits of responses to climate change flow to vulnerable and impoverished communities that suffer disproportionately from climate change and are least equipped to cope with its impacts. 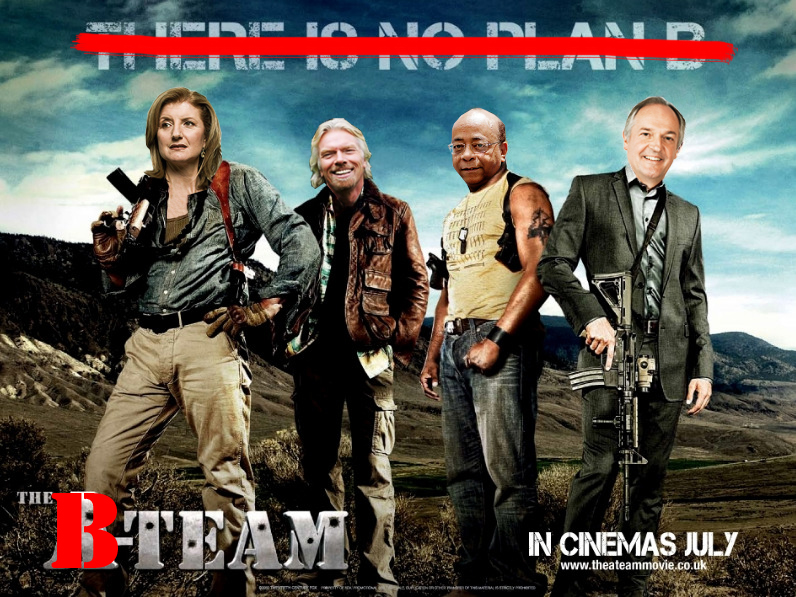 The announcement comes just days before world leaders meet in Geneva to make progress on a draft agreement for Paris.

The Paris 2015 summit marks a deadline agreed in 2011 under the 'Durban Platform', whereby 196 countires pledged to deliver of two objectives:

1. Increasing the level of climate action, including the strength of targets and the provision of climate finance, in the pre-2020 period; and

2. Developing a new agreement 'with legal force' to apply to all countries from 2020 onward.

Geneva will be the first meeting since 2014's Lima COP20, which was widely criticised for failing to take significant decisions, although delegates did draw up a draft proposal which would commit all countries to cut greenhouse gas emissions.

The stated objective of the Geneva session is to turn the proposals into a "zero draft" for the Paris Agreement - a shorter, refined document that clearly indicates continuing areas of disagreement and competing options.

Key questions for the Geneva talks:

- The Geneva Session is dedicating just one day out of six to the issue of pre-2020 action and has limited its focus solely to 'technical expert meetings', reducing the scope for a strong political decision in Paris.

2. How will commitments on finance and technology transfer be incorporated into the post-2020 agreement?

- Rich countries must support the climate mitigation efforts of poor countries with finaince and technology, according the IPCC. Will countries be required to make specific finance commitments or only commit to an aggregate 'global goal', like the $100 billion per year by 2020 made in Copenhagen?

3. How will country's proposals be assessed?

- Many in civil society have been pushing for the inclusion of an 'emissions budget' or the setting of a global limit on climate pollution, and for proposed targets to be measured against this limit