New figures from the Department for Business, Energy and Industrial Strategy (BEIS) show nearly 220,000 energy efficiency measures were installed through the Energy Company Obligation (ECO) and the Green Deal framework in 2019 - a 5% year-on-year increase.

However, installations remain well below the peak of nearly 800,000 in 2014. As of December, around 2.8 million measures had been installed in 2.1 million properties, mostly through ECO.

For its third phase beginning in 2018, ECO was refocused on tackling fuel poverty, meaning all of the 221,800 measures installed last year were delivered through the Affordable Warmth strand of the scheme. Installations were concentrated towards the North West and North East, central Scotland and parts of the West Midlands and Wales. 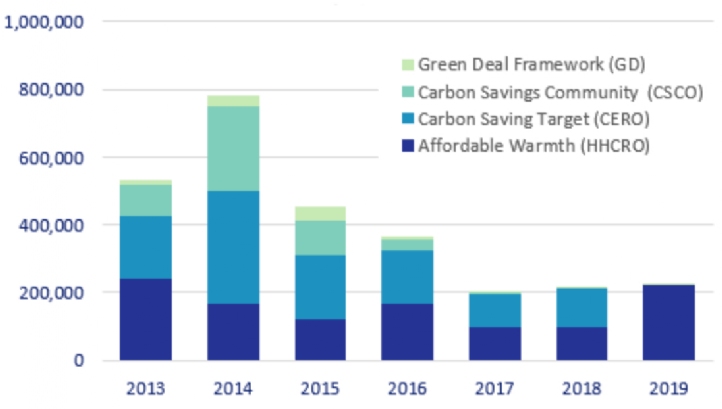 There was a sharp rise in the number of new boilers being fitted under ECO. They accounted for 30% of installations during the year – up from 16% in 2018.

ECO installations by type and year 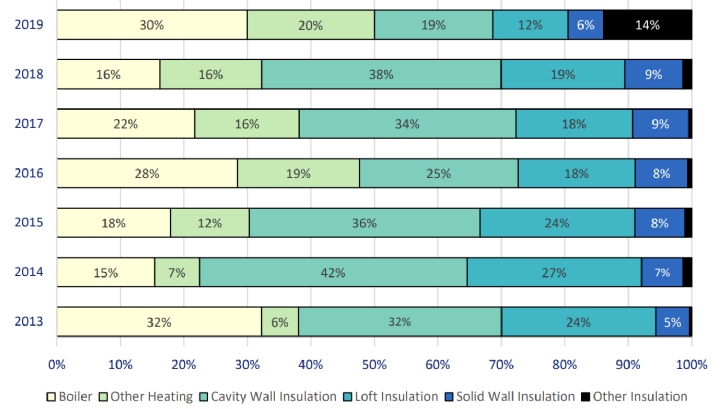 According to the figures from BEIS, suppliers spent £421m on the scheme in 2019, including £40m on administrative costs.