Automotive giant BMW is exploring the potential of a sunlight-harvesting material with the ability to release heat on demand, as an efficient means of de-icing car windshields.

The carmaker is sponsoring researchers at the Massachusetts Institute of Technology (MIT), who have developed a new material – in the form of a translucent polymer film – which absorbs solar energy which can be stored for days at a time before being released.

Produced by MIT professor Jeffrey Grossman, postdoc David Zhitomirsky, and graduate student Eugene Cho, the stored energy can be released by changing the chemical state, likely via a small jolt of electricity.

The report – published in the Journal of Advanced Energy Materials – states: “Photon energy is stored within the chemical conformations of molecules and is retrieved by a triggered release in the form of heat.

“Until now, such solar thermal fuels (STFs) have been largely unavailable in the solid-state, which would enable them to be utilized for a multitude of applications.” 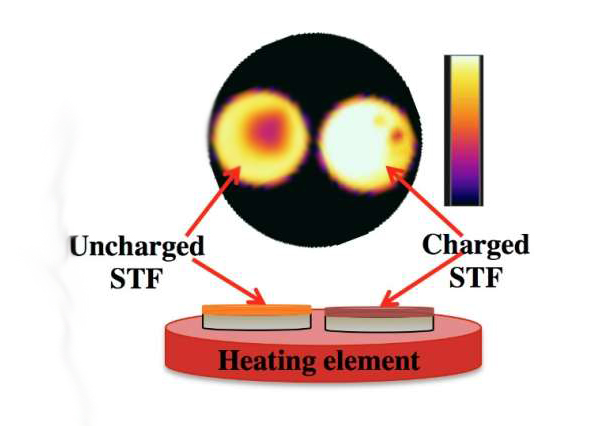 According to professor Grossman, BMW are said to be impressed by the material's ability to release heat on demand. Grossman also claimed that they “did tests to show you could get enough heat to drop ice off a windshield."

The material's transparent film can be sandwiched between two glass layers and could provide BMW with a sustainable means of de-icing cars by taking a small electric jolt from the car to release the energy.

Professor Grossman has also claimed that the new polymer could significantly reduce the 30% driving range reductions that commonly occur in EVs due to devoting energy to heating and de-icing vehicles.

Currently the material, which has a slight yellow tinge, can release energy bursts of around 10 degrees Celsius above the surrounding temperature, which is sufficient to de-ice windshields. Researchers are working to raise the temperature to 20 degrees.

The drive for increased efficiency in solar is also occurring away from vehicles. Researchers from the Technical University of Munich (TUM) have observed the production of organic solar cells- made from plastic bags, cling film and 3D printers.

While not as efficient as silicon solar PV, the newly developed panels are lightweight and flexible lowering both construction and transportation costs and emissions to install them.

The new organically produced cells can also be created in a variety of shapes and colours allowing for non-intrusive installations across an array of structures.

Solar energy capture and photovoltaic modifications form one part of edie’s green innovations list for 2016, which tracks the sustainable methods and models that are set to accelerate over the next 12 months.