The UK must include bioenergy and Carbon Capture and Storage (CCS) technologies in its low-carbon plans to avoid wasting investment and ensure 2050 targets remain achievable, according to a new report from the Energy Technologies Institute (ETI).

The Insights Report published on Thursday examines the targets, technologies, infrastructure and investments needed to ensure a low-carbon energy system is in place in the UK by 2050 - when the country is supposed to have reduced its carbon emissions by 80% from a 1990 base level, according to current commitments.

The ETI says bioenergy and CCS will be crucial for this to happen. If either of these technologies do not feature, it would at least double the cost of delivering climate change targets from around 1% of GDP to 2%, the report states.

It values the CCS and bioenergy industries at £200bn each and, without their development, the report claims "it would be difficult for the UK to be able to meet its climate change targets".

"People are often surprised by this but CCS must be central to any national strategy for meeting carbon targets cost effectively as it enables flexible, low-carbon electricity generation, supports renewables and cuts emissions from industrial processes," said ETI strategy director Jo Coleman. "It can also deliver negative emissions when combined with biomass, creating headroom in the emissions budget and reducing the need for expensive abatement measures elsewhere."

Rather than a focusing on one particular technology, the UK should look to develop a complementary range of technologies. The immediate focus should be on developing large-scale replacements for the UK's nuclear power stations, as well as improving energy efficiency and generating energy from waste.

Critical decisions about the UK's future energy supply need to be taken by 2025 to avoid wasting investment and ensure the 2050 targets remain achievable. Coleman adds that "significant investment will be needed" to support known but currently underdeveloped technologies through the commercialisation and integration process.

ETI chief engineer Andrew Haslett said: "2050 may seem a long way off but there is no time to invent and deploy a set of novel breakthrough technologies and the cost of adaptation will inevitably be higher than the cost of mitigation.

"Many of the UK's ageing power plants need replacing, so the UK will have to pay for this new capacity anyway. This is why we focus on how you can reduce the abatement cost - the additional cost of meeting energy demand through a low, rather than high carbon energy system." 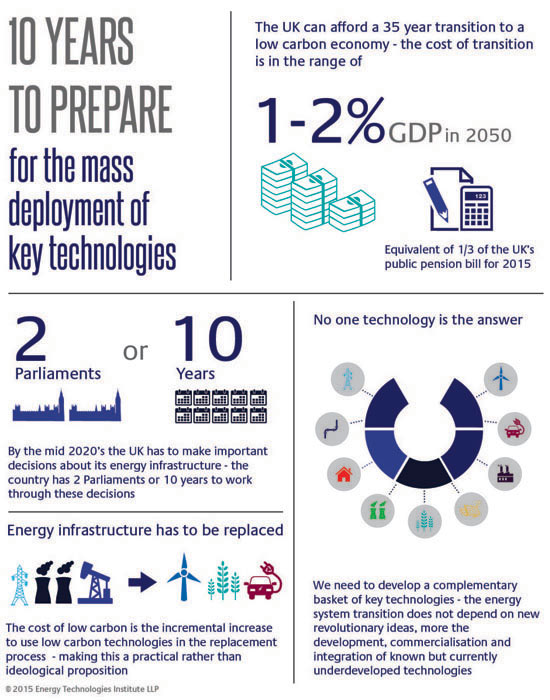 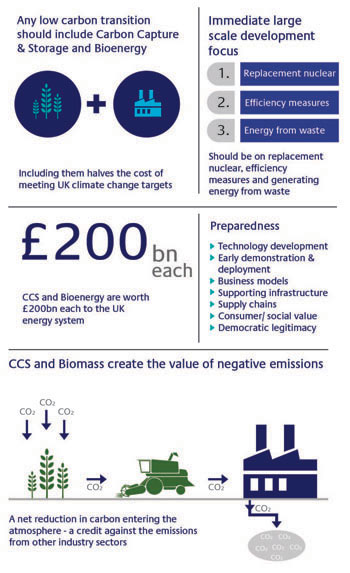