Ford factories save enough energy 'to power Oxford for a year'

US carmaker Ford has announced its European factories will have cut energy consumption by 25% in 2016 compared with 2011, saving around 800GWh a year.

The manufacturer said the expected saving is equivalent to the energy used each year by a city with a population of 170,000, such as Oxford.

Much of the savings will be driven by a new energy management operating system, now deployed throughout Ford’s European manufacturing centres. Facilities in Cologne and Saarlouis, Germany have also achieved International ISO 50001 status for energy management and efficiency.

Energy-saving measures in Ford factories include a system that recovers heat energy from the paint oven exhaust stacks and returns it as useful heat into the district water heating system. This system in Cologne has saved 16GWh of energy since start-up in November 2013.

“Constantly finding new ways of saving natural resources is an important challenge for Ford, especially in an energy intensive industry such as car-making,” said Ford Europe energy manager Richard Douthwaite. “Recycling waste heat from factory paint ovens is just one of the creative ways we are reducing energy demand, helping us to improve the environmental impact of our manufacturing facilities around the world.”

The company is also continuing its switch to low-energy LED lighting at its manufacturing facilities in Europe, installing more than 25,000 new LED fixtures at facilities around the world last year.

Ford also is rolling-out installation of an advanced automated building heating control and ventilation system at its factories. The system allows Ford energy teams to remotely control – and even switch off heating systems in individual offices or areas that are not in use within its plants. 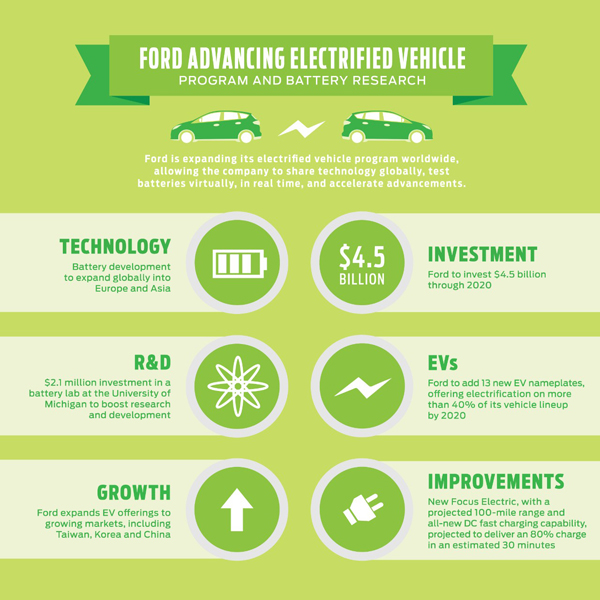 The efficiency drive marks from Ford marks the latest in a flurry of environmental initiatives from carmakers in the wake of the VW emissions scandal. Already this week, Volvo has pledged to build hybrid vehicles across its entire fleet, and Toyota has pledged to cut overall emissions 90% by 2050.

Earlier this year, Ford also launched a free gaming-style app that lets drivers use their smartphone to remotely manage their Ford electric vehicles.