10 facts that will blow you away

To celebrate Global Wind Day, edie pulled together 10 fascinating facts about wind; its power and the possibilities it holds to reshape our energy systems, decarbonise our economies and boost jobs and growth.

Secretary General of GWEC Steve Sawyer said: “Climate change is happening faster than expected, but so is the transition to renewable energy. As businesses become increasingly aware of the progress in technology and falling costs we are seeing a rapid change in investment patterns.”

With so much more potential for many challenges ahead for the wind energy industry, edie brings you 10 wind energy facts to mark Global Wind Day 2015.

… according to statistics from the EWEA. A number of high-profile companies have also announced new commitments to wind energy so far this year, including Amazon’s 150MW capacity Web Services Wind Farm. 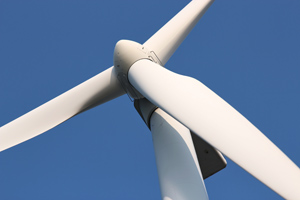 In a boost for the UK’s renewable energy figures, official statistics from the National Grid showed Britain generated 4.1TWh of wind energy in the first month of the year.

At the time, Renewable UK’s director of external affair Jennifer Webber praised the results, but added: “If we're to secure a supply of clean energy for the long-term future, we need all the mainstream political parties to support the wind industry, onshore and offshore, in the General Election and beyond."

Reports from Denmark in January found that 39% of the country’s electricity was generated by wind turbines in 2014. The country is aiming to generate 50% of its electricity from wind by 2020.

And it was the 17th time in the last 18 years that the amount of wind capacity installed has increased.

6) 128.8GW of wind energy has been installed across the EU

The EWEA reports that there is more than 128GW of installed wind energy capacity in European Union countries. The EU power sector is continuing to move towards renewable energies with a 3.8% increase in wind installations in 2014 compared to the previous year.

… according to the Global Wind Energy Council. China leads the way for installed wind capacity, followed by the USA. Britain is kept out of the top five by EU nations Germany and Spain in 3rd and 4th with India coming 5th.

The world’s largest furniture retailer Ikea pledged earlier this month to spend €1bn on renewable energies and tackling climate change for the next five years. The Swedish firm confirmed it would spend €500m on wind power alone. Ikea CEO Peter Agnefjäll said, “We are going all in to transform our business.”

In the UK, 37,500 people are employed in the wind industry, the most employees of any renewables sector. That number also increased 6.5% in the year leading up to May 2015.

10) The UK leads the world for offshore wind capacity

…with almost 4,500MW of offshore capacity as of 2014. Reports also suggest the UK is set to lead the charge for global offshore wind in the future, already accounting for more than 55% installed in Europe with massive new deals for wind farms such as East Anglia ONE  and the Dogger Bank project. 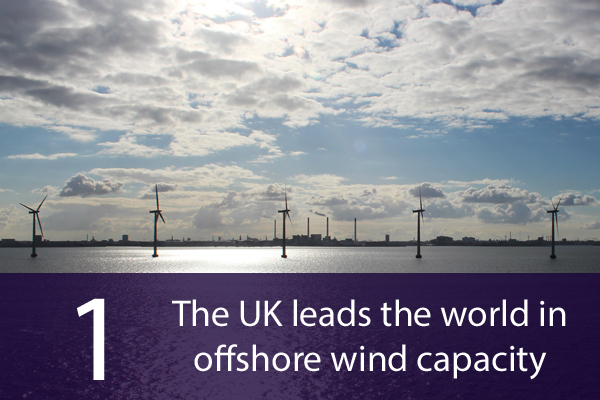