Groundbreaking house can power itself and two neighbours

A new contender for Britain's greenest home has been unveiled in North Yorkshire.

The four-bed house, known as Furrows, will have a unique renewable energy system, allowing it to generate more than 13,000 kWh of electricity and heat a year.

Around 5,000 kWh will be used by Furrow's homeowners with the remaining 8,000 kWh exported to the grid - enough electricity to run two further houses.

Furrows features a combination of 64 solar PV and solar thermal panels, with all spare energy diverted to an on-site storage system for evening use outside of sunlight hours.

Excess thermal energy is used to heat domestic hot water, while the storage system means the house is completely off-grid 85% of the time. 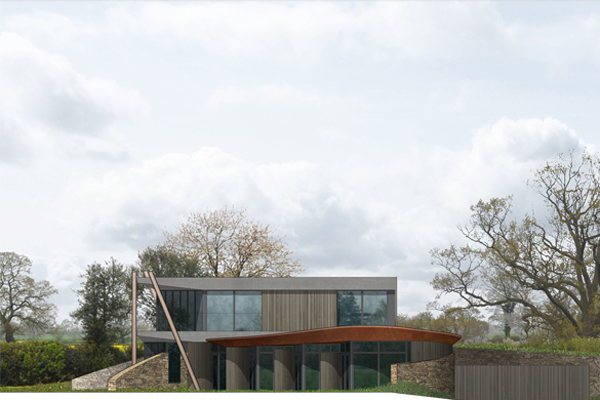 The Furrows home is the type of building that Exeter University's Professor Catherine Mitchell claimed could ‘revolutionise the energy system’, with its combination of storage and onsite renewables.

The Furrows house was completed a month after the unveiling of what was lauded as Britain’s first energy-positive house in Wales.

That building, designed by the Welsh School of Architecture at Cardiff University, also featured solar panels, on the roof and integrated into the windows, with wall-mounted batteries storing energy and balancing demand.

The house also features a solar heat collector, using the sun's energy to warm air for a ventilation system and a heat recovery system to heat the water.

The standards achieved by both houses will only serve to frustrate those in the green buildings industry, as the sector has seen standards and subsidies slashed under the new Government.

In early July, the Conservatives announced plans to axe zero-carbon building standards for future UK homes, in a move described as the ‘death knell’ for zero-carbon UK homes.

Later that month, the Government also scrapped the Green Deal loan scheme for efficiency upgrades to existing homes, claiming it was a drain on taxpayer’s money.

Lord Nick Bourne, who is responsible for the Conservative Party’s energy efficiency policy, told edie that an alternative to the Green Deal would be in place “within the autumn, by the end of the Government’sspending review.”

The built environment accounts for around 47% of UK CO2 emissions, according to WWF.