Japanese carmaker Toyota has unveiled a series of ambitious new environmental targets with an overall aim to eliminate the use of gasoline cars and cut average carbon emissions from all of its vehicles and products by more than 90% by 2050.

Toyota aims to have 900,000 cars powered as hydrogen, plug-in hybrid and electric vehicles on the road by 2050

The company has set up the Toyota Environmental Challenge 2050, which lists six challenges the company will incorporate over the next 35 years.

The challenges include reaching zero emissions from vehicles and across its entire supply chain and plants; minimising and optimising water use; establishing better recycling systems for materials; and engaging in environmental conversation activities.

A statement on Toyota’s website reads: “We need to take on new challenges that consider the world 20 or 30 years in the future, in order to remain closely aligned with the global environment.

"This means not merely trying to reduce negative factors associated with automobiles as close to zero as possible, but at the same time, looking beyond zero, challenging ourselves in all-Toyota initiatives toward a net positive impact.” 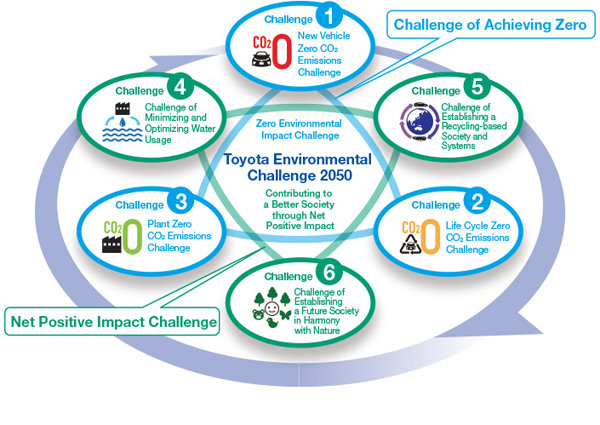 The goals are 'interlocking', with one challenge affecting the next, but Toyota's main aim for 2050 is for the company to be operating with near-zero CO2 output, primarily by reducing emissions by 90% from a 2010 baseline.

This emissions reduction will be aided by a rollout of 30,000 fuel-cell cars each year after 2020, Toyota says. This means that, by the time the 2050 challenge draws to a close, Toyota aims to have developed 900,000 cars powered as hydrogen, plug-in hybrid and electric vehicles.

Toyota is expecting sales for HVs to reach 1.8m by the end of 2015 since its launch in 1997. During that time, the carmaker has also seen emissions fall by 58 million tonnes. By 2020, Toyota claims it will have sold 15 million hybrids - twice as much as it has already sold by all of the world's car manufacturers combined.

Toyota is also aiming to introduce hydrogen fuelled production methods to completely eliminate CO2 emissions from plants by 2050. Wind power will also be produced on-site at the Tahara Plant by 2020. The company will also start developing and testing manufacturing technologies using hydrogen as the main power source on fuel cell vehicle production lines including external supply chains by 2020.

Toyota has already experienced some success with its introduction of hydrogen-powered vehicles. In August, it announced the rollout of the Mirai powered sedans. By that time, Toyota had already received 1,500 orders for the Mirai model in Japan. 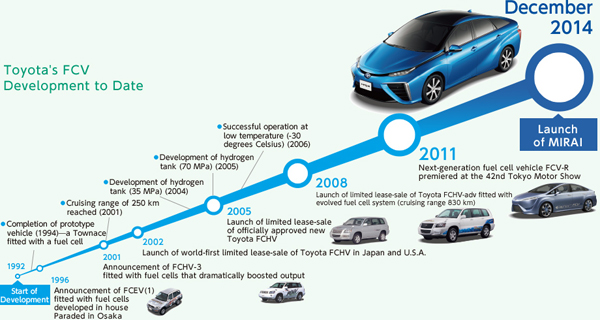 Toyota’s 2050 Challenge comes in the wake of a notoriously turbulent time for the vehicle industry. With the Volkswagen scandal still lumbering on, Toyota’s announcement looks set to separate them from the rest of the pack, with future planning at the forefront of its challenge.

edie recently spoke with Swedish entrepreneur Lewis Horne, who has launched 'Uniti' - a futuristic car concept which he believes could shake-up current business models within the industry. Read more here.