UK power from renewables increases to 11.7% in third quarter

Offshore wind generation rose by 54.2% year on year in the third quarter

Generation from hydro fell by 16.2% in the third quarter of 2012 compared with a year earlier, due to lower rainfall in North Scotland.

However, reporting on renewables in transport, the share of liquid biofuels of petrol and diesel consumed in road transport fell from 3.9% to 2.7%, due to a 63% fall in biodiesel consumption as a result of the ending of duty relief on cooking oil used for biodiesel on March 31 2012. 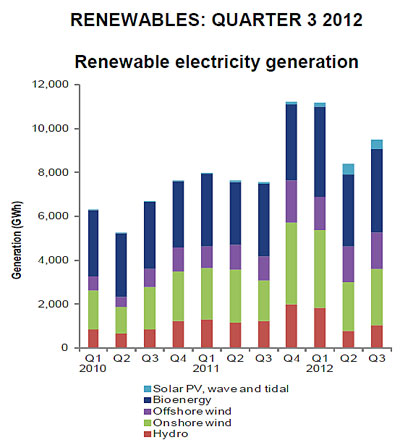