Consumer goods firm Unilever and Elon Musk's Tesla have been identified by global sustainability experts as having made the biggest contribution to climate solutions over the past five years.

More than 600 sustainability experts from business, government, NGOs and academia in 69 countries around the world were polled for a new report by consultancy duo GlobeScan and SustainAbility.

The results of the survey turned up a significantly different list from six years ago, when General Electric topped the table followed by Interface, Toyota and BP.

Reasons that the experts chose Unilever included chief executive Paul Polman making bold statements backed up by actions, and the fact the company has clear commitments and mechanisms to cut carbon.

Figure 1: Name up to two companies that you think have made the biggest contribution to advancing solutions to climate change in the past five years

When asked a follow up question: “Why do you think x is a leader in addressing climate change?”, the sustainability experts most often mentioned a commitment to renewable energy as a key factor.

Technological innovation was also considered important, as was having ambitious green targets.

SustainAbility research manager Aiste Brackley said: “The landscape of corporate leadership is dominated by technology and consumer companies that have been at the forefront of investing in renewable energy and low carbon solutions – and being vocal about their initiatives on the global stage.

“The landscape has significantly changed in recent years as only three companies (General Electric, Walmart and Toyota) that were included in the 2009 ranking made it onto the list this year.”

Figure 2: Why do you think x is a leader in addressing climate change? 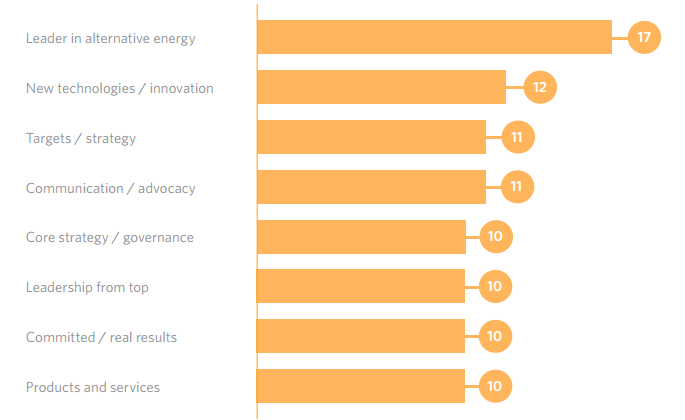 That said, experts were not overly optimistic about the strength of that framework in the first place. Although 92% are confident that COP21 will result in a global agreement, only 32% believe that it will have binding powers. Just 4% think the agreement will limit global warming to 2C.

GlobeScan sustainability director Eric Whan said: “The convening parties, the UN and its national members, are not expected to deliver a result that the science says we need at Paris.

“Meanwhile, expectations are high that solutions will flow from the private sector almost as much as from national governments post-Paris, whatever the outcome. The pressure is on, and the companies that get this right will be the ones thriving 20 years from now.”

Figure 3: How important will the role of each of the following organizations be to the efective implementation of the post-Paris climate change framework? 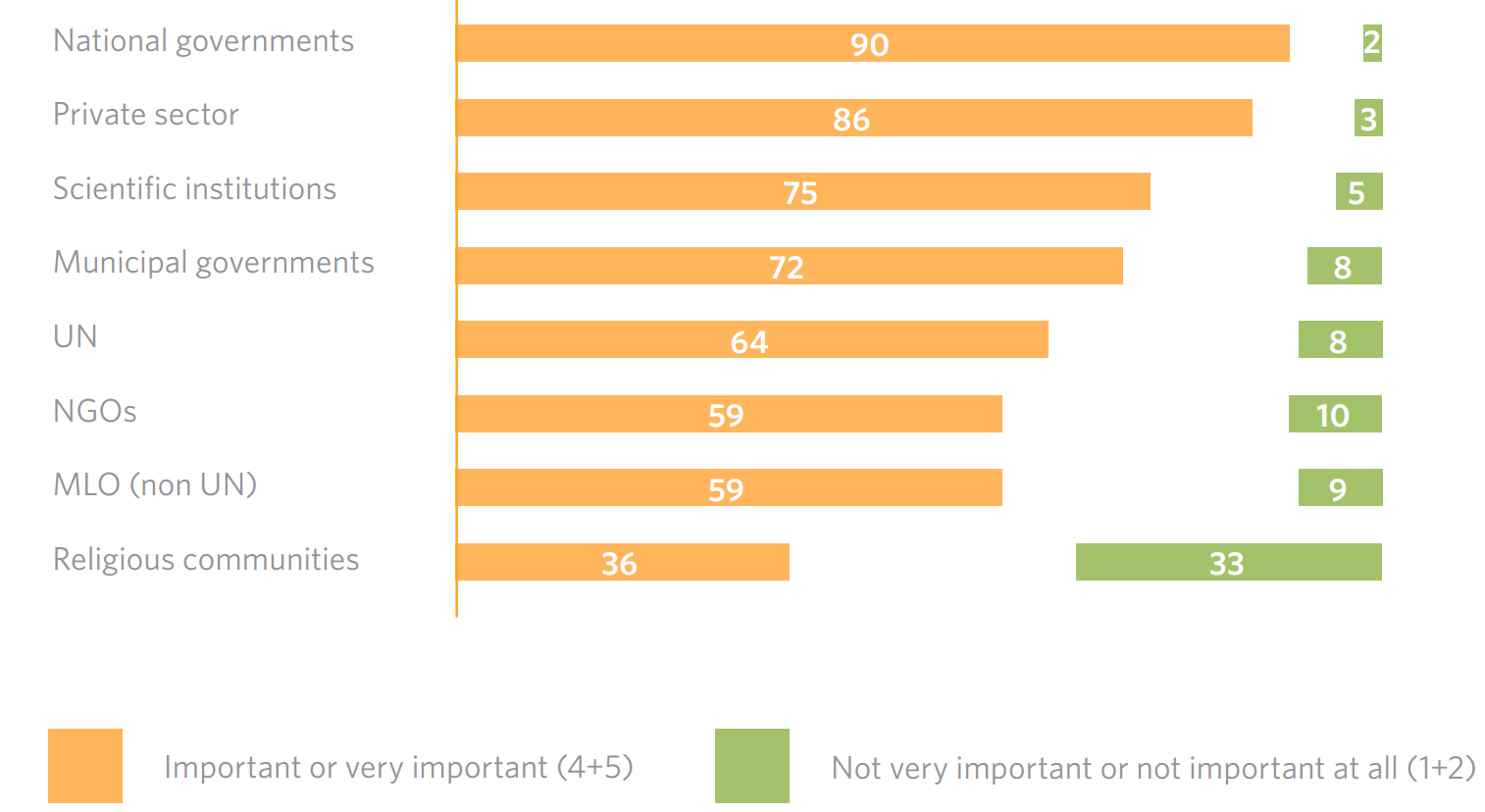 The lack of faith in Governments from sustainability experts is perhaps exemplified by the debate over fossil fuel subsidies. In the survey, more than 80% of experts said that the removal of subsidies for the fossil fuel industry is the most effective of available economic instruments.

However, a report released earlier this week revealed that G20 countries spent around $450bn on fossil fuel subsidies – more than four times as much as was allocated for renewables.