Swedish carmaker Volvo has announced a comprehensive electrification strategy which will see plug-in hybrids introduced across its entire range and a fully electric car on sale by 2019.

The announcement forms part of a new strategy for Volvo, which expects electrified vehicles to account for 10% of its total car sales by 2019.

It makes Volvo one of the few carmakers with two new vehicle designs aimed at supporting plug-in and pure EV powertrain configurations.

Håkan Samuelsson, president and CEO of Volvo Cars, said: “We believe that the time has come for electrified cars to cease being a niche technology and enter the mainstream. We are confident that in two years’ time, 10 per cent of Volvo’s global sales will be electrified cars.”

Volvo’s plug-in hybrid scheme will be implemented across versions of its 90 and 60-series larger cars such as SUVs and Twin Engine All-Wheel Drives as well as continuing the hybrid versions of the sedans.

Volvo will introduce a new range of smaller 40-series cars that will be designed from the outset for electrification. Further details on the all-electric car scheduled for rollout in 2019 are yet to be fully released.

The strategy not only aims to promote EVs and hybrids as a mainstream form of transportation but also cut down on the companies GHG emissions. Volvo’s XC90 T8 Twin Engine SUV, delivers over 407 horsepower equivalent and just 49 g/km CO2, plus a pure electric range of 43km.

Dr Peter Mertens, senior vice president for research and development said: “We have come to a point where the cost versus benefit calculation for electrification is now almost positive. Battery technology has improved, costs are going down, and public acceptance of electrification is no longer a question.”

Volvo’s announcement comes during an interesting period of transition for the auto industry as it begins to recover from the recent VW scandal.

Hyundai is currently midway through a campaign which sees which sees the Hyundai ix35 Fuel Cell the world’s first commercially-available hydrogen-powered vehicle. The car is currently driving around every street in London to celebrate 10th anniversary of Hyundai Motor UK. 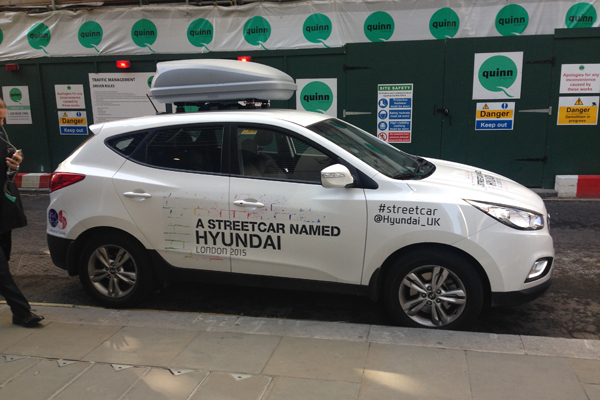 Earlier this week, Toyota announced a new set of six sustainability challenges to be incorporated and completed by the company by 2050. This included introducing improved recycling rates into the sector and reducing emissions by 90%.