Eight of the world's 10 most polluting countries are expected to double their collective renewable energy capacity in the next 15 years, a new study from the World Resources Institute (WRI) has found.

WRI’s analysis, Assessing the Post-2020 Clean Energy Landscape, looks at plans from eight of the 10 largest greenhouse gas emitters — Brazil, China, the EU, India, Indonesia, Japan, Mexico and the US — concluding that their cumulative clean energy supply will jump from approximately 9,000 TWh in 2012 to 20,000 TWh in 2030.

This increase is equivalent to all of India’s current energy demand, with the uptick driven by a flurry of new national energy targets announced over the past year.

“Combined with the Paris climate agreement, it’s clear that renewable energy is poised to surge forward in the next 15 years bringing clean and affordable power to millions of people worldwide.” 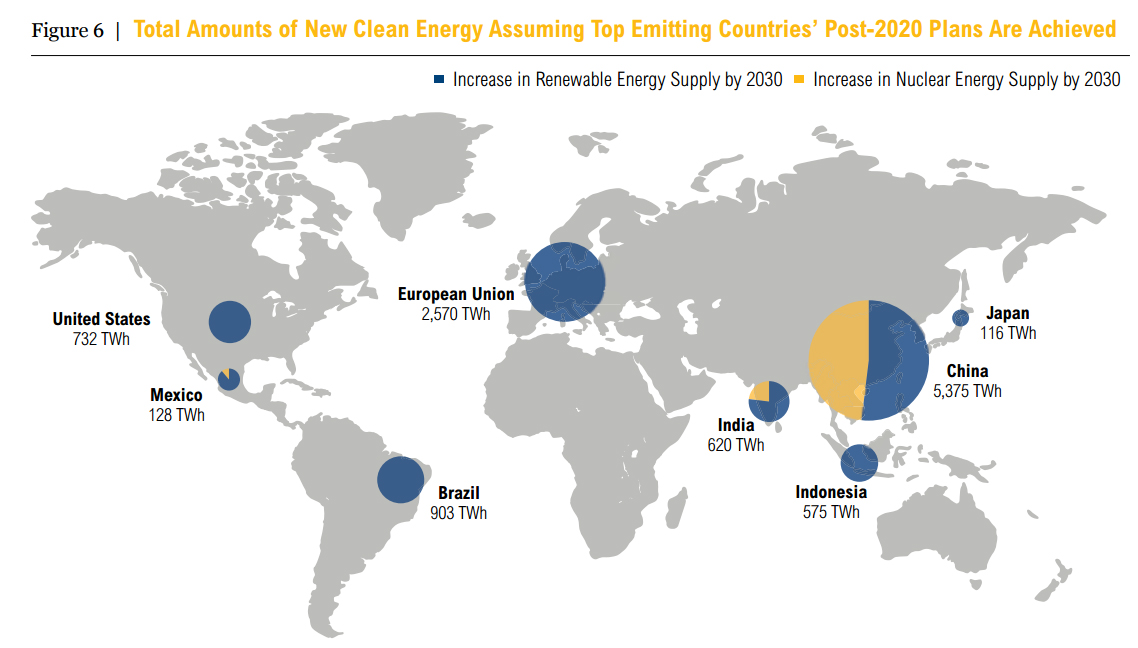 The remaining two emitters among the top ten, Canada and Russia, have not put forward post-2020 renewable energy targets and were not assessed.

However, despite this progress, current global efforts to cut greenhouse gas emissions leave about half of the necessary reductions still to be found, according to a new analysis by the UN.