'Promiscuous' enzymes and fjord-cooled data centres: The best green innovations of the week

A number of eye-catching and potentially transformational innovations have emerged that could help businesses and nations deliver on resource efficiency, low-carbon transitions and combat climate change. Here, edie rounds-up six of the best.

With the publication of the Committee on Climate Change’s annual progress report to Parliament, the cancellation of the Swansea tidal power plant and the MP vote to expand Heathrow Airport, this week has seen big environmental decisions dominate the mainstream media. In the face of climate challenges, the benefits of green innovation could usher in an unprecedented transition to the low-carbon economy, as this round-up demonstrates.

With this in mind, this week’s round-up covers a variety of ideas, concepts, products and systems that could help nations and businesses accelerate sustainability commitments.

Flooding the market with innovations

Flooding is perhaps one of the less-discussed climate change risks, but was brought to the forefront of attention once more this month after a report from the Westminster Sustainable Business Forum (WSBF) concluded that 129% more UK homes will be at risk of flooding by 2050.

One potential solution to flooding has emerged this week in the form of a network of sensors which, when installed across waterways, can alert residents and businesses in flood risk areas to any changes in their local watercourse.

The technology, called RiverTrack, was invented by Edinburgh-based engineer Gary Martin, and is currently being trialled throughout the Highlands by the Scottish Environmental Protection Agency (SEPA) after a successful pilot scheme in Galloway and Dumfries.

A close shave for plastic waste 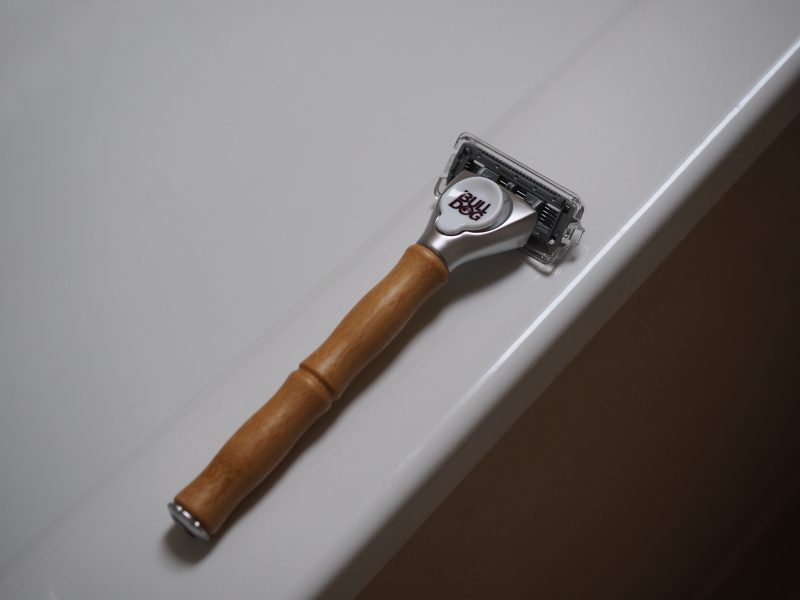 Britain's plastics revolution is continuing to gather pace as new policies and business models aimed at reducing the eight million tonnes of plastics that seep into oceans each year continue to emerge. A string of companies have moved to replace virgin plastics in their products and packaging with recycled or biodegradable alternatives, with the latest move coming this week from grooming brand Bulldog.

The firm, a previous green innovations entrant for its sugarcane face wash packaging, has launched a men’s razor with a bamboo handle in a bid to further reduce its plastic output following a RecycleBank study which found that two billion plastic razors are sent to landfill each year in the US alone.

Bulldog has an impressive track record for innovative products. The company has never used microbeads – now banned in the UK – in its scrubs, instead using natural and renewable alternatives such as quinoa husk.

Who’d have fjord it?

Any sustainability professional in the tech sector will know just how much energy it takes to power data centres, which are carbon-hungry beasts due to the amount of electricity and cooling they require.

A month after Microsoft announced it was to tackle these issues by sinking a small-scale centre of 12 racks sunk underwater off the coast of Orkney, a larger data centre has just become operational inside an underground mine in Norway.

The Ledfal Mine data centre, which can run up to 50 kW of power, is powered exclusively by renewable energy produced locally by four glacial hydropower stations and two windmill farms with a combined capacity in excess of 300 MW and is cooled using water from a nearby fjord. These measures mean it uses around 35% less energy than a typical data centre of the same size.

Wind me up and watch me go

The business world  has made good progress towards driving the renewables revolution in recent months, with more than 100 corporates now signed up to the Climate Group's RE100 initiative to source only renewable power for their operations.

Indeed, more and more businesses are opting for onsite generation, with Samsung, Whitbread and the City of London Corporation among those to recently announce expansions for their solar arrays, but a new innovation to help make onsite wind power accessible could spur this change further.

Hover Energy has invented a low-cost rooftop wind array system that can be fitted on homes, offices, factories and other buildings to generate renewable power onsite. It uses the building as a sail with the array creating a multiplier effect, enabling it to create more power than a PV panel of the same size. The company is in the process of securing the patents needed to market the system and is currently researching how it can be combined with onsite storage systems.

Turning over a new leaf

As circular economy principles became embedded in the business models of even more organisations worldwide, scientists have created a new family of enzymes which break down plant waste into high-grade, high-value materials that can be converted into nylon, plastics and biofuels.

A team of UK and US scientists tweaked natural enzymes to activate when they come into contact with lignin -  a key component of all plants, which strengthens their structures and provides protection from pathogens. Prior to the discovery, researchers had found that only a handful of fungi species and bacteria strains could remove lignin from plant waste.

Because the enzyme is classed as “promiscuous”, meaning it will work on a wide range of materials, it could also be used to break down end-of-life products, allowing companies to recycle their used items into their new designs as they move away from cradle-to-grave business models.

As carmakers seek to electrify their models and pilot autonomous vehicles, an alternative solution to the air pollution problem in the transport sector is being developed by scientists and engineers in Boston.

Researchers at Transit X have come up with the concept of replacing cars, buses, trains and even short-haul flights with networks of solar pods. The pods, which could hold five passengers each or be used to carry cargo, would run entirely on solar power and work by travelling along networks of electrified rails.

The power would be generated from PV panels fitted to the rails, with the first circuit set to be trialled in Boston before the end on the year. Transit X claims that the zero-emission pods can travel at 72km/h, and that they are 100,000 times safer than driving on a motorway.