Every month, numerous eye-catching and potentially transformational innovations are being developed to help businesses and nations turn their green ambitions into actions. Here, we round up five of the best from June 2021.

This month's innovations could have siginifcant impacts in the built environment, nature conservation, food, metals and minerals and recycling sectors

As June comes to a close, we wave farewell to another busy month in the UK’s sustainability space. The past few weeks have seen the edie editorial team covering the outcomes of the G7 Summit in Cornwall; The Climate Change Committee’s (CCC) third assessment of climate risk and latest progress reports to Parliament; a legal challenge to the £27.4bn roads plan and a major ‘retrofit revolution’ scheme for London, to name but a few stories.

All the while - despite decreased investments in some fields - innovators have continued to develop or scale up new products, concepts and systems which could help corporates and governments to lead the development of a resource-efficient, low-carbon, socially equal world.

In this round-up, edie outlines five of the most promising green innovation stories from June 2021. 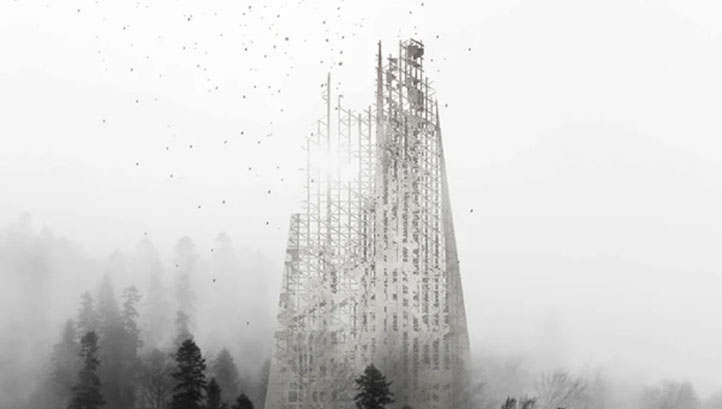 Nature restoration and nature-based climate solutions have been steadily climbing up the agenda in the run-up to the UN’s 15th biodiversity COP. This roundup has previously featured solutions in this space, including bio-based pesticides and virtual fences for protected areas.

In this edition, we are highlighting a skyscraper-like structure that gradually disperses seeds and soil nutrients across degraded forests. Called ‘Regenera’, the innovation has been developed by Italian architect Alberto Roncelli. It consists of a bio-based and biodegradable structure featuring pockets of soil, seeds and nutrients that disperse through wind and time. The idea is that scientists could use the structure as a hub to work in the early months after installation. As the structure degrades, they would need to leave, and it is hoped that larger plants and animals would then be attracted to the remaining part of the Regenera.

The Regenera has not yet been tested at its full scale in a real-world environment. Roncelli is hoping to collaborate with scientists, farmers and local groups to bring the first trials to areas hit by wildfires. 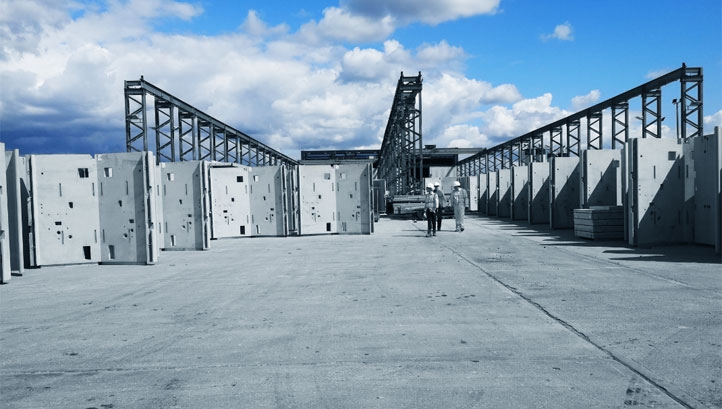 The global cement and concrete industry is estimated to account for 7-8% of man-made greenhouse gas (GHG) emissions annually and is widely considered hard-to-abate, given its reliance on sectors such as heat and transport, and the fact that its processes rely on clinker.

Innovating to decarbonise the sector will, therefore, likely involve the use of recycled or other novel materials in tandem with low-carbon energy solutions for industrial processes scaling up. InnovateUK has funded a new ‘Decarbonising Precast Concrete’ project which aims to tackle both of these challenges at once, while also helping built environment firms to use less concrete in the first instance.

The Ministry of Defence (MOD) has signed on as the client for the scheme. Initial results from the pilot are due to be made public this summer.

"We are extremely hopeful that in demonstrating significant carbon reductions we will be able to formalise a project model that can enable others across the industry to apply to their development pipelines, to deliver better outcomes,” Akerlof’s founding partner John Handscomb said.

Tech that extracts lithium from seawater 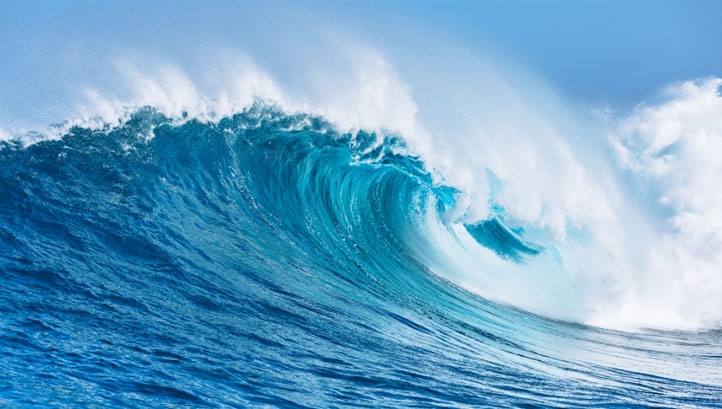 Much has been said in recent months about how the transition to a net-zero world will entail scaling up the use of critical metals and minerals including lithium, for use in technologies such as electric vehicles (EVs). This raises questions around sustainable sourcing, including human rights, carbon associated with upstream processes and resource scarcity. To this latter point, Rystad Energy is forecasting a “serious global lithium supply deficit” by 2027.

One potential solution to these challenges comes from a team of Chinese scientists who recently published the results of a study into cost-effective methods of extracting lithium from seawater. The process involves an electrochemical cell containing a ceramic membrane made from lithium lanthanum titanium oxide (LLTO), with pores just wide enough to let lithium ions through while blocking larger metal ions.

In tests of the method, lithium phosphate power of 99.4% purity – pure enough to make batteries – could be extracted over the duration of five 20-hour stages. It would cost around $5 to produce a kilogram of lithium in this way, if the technology was scaled up.

By some estimates, there is around 5,000 times more lithium in the oceans than there is on land. If the process manages to scale, therefore, the potential impact could be far-reaching. 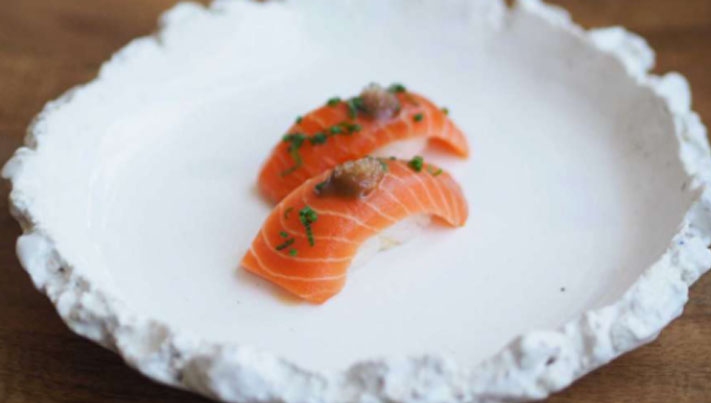 One of the latest announcements in this space comes from San-Francisco-based startup Wildtype, which has been working since 2016 to develop lab-grown fish. The process involves feeding salmon cells nutrients in a controlled tank before harvesting them and attaching them to plant-based structures that provide additional nutrients and help shape the ‘cut’ of fish. Depending on the ‘cut’, the process can take between three and 12 weeks.

After years of research, the team behind Wildtype – molecular biologist Arye Elfenbein and business partner Justin Kolbeck – are set to open a new location to the public this autumn. Customers will not be able to taste the product at that point; the location will start off as an ‘interactive museum’ where they can see the production process.  The hope is that enough salmon will be produced to supply local grocery stores and restaurants in the coming months, subject to FDA approval. 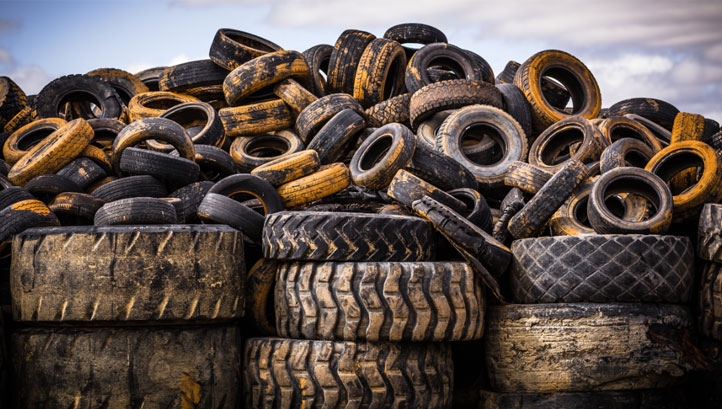 By some estimates, 29 million metric tonnes of vehicle tyres reach the end of their lifespan each year. The majority are not recycled, as they are challenging to process mechanically. Indeed, the UK’s updated Resource and Waste Strategy proposes new extended producer responsibility (EPR) requirements for tyre producers that could fund innovative recycling technologies.

One firm developing such technology is Norwegian waste manager Wastefront. It recently submitted a planning application to build its first full-scale tyre recycling plant in Sunderland and is expecting the facility to open in 2023, subject to planning approval later this year.

Wastefront’s recycling process involves heating tyres to promote thermal decomposition. This produces gas, a liquid hydrocarbon, carbon black and heat. The gas is circled back to fuel the furnace while the hydrocarbons and carbon black are refined to improve chemical properties.  As for the heat generated throughout the process, there is the potential to feed it into a local heat network. Wastefront is promoting self-supply of heat and gas to keep the process’s carbon footprint as low as possible.