To coincide with the UK's Clean Air Summit, edie has rounded up some of the ground-breaking innovations being explored by companies across the globe as we look to tackle the dangers of air pollution.

The event, which was jointly hosted by London Mayor Sadiq Khan, Unicef and the UK:100 network on Thursday (14 February), served to highlight the scale of the toxic air challenge in the UK and abroad, after the UK’s polluted air was declared a “public health emergency” by MPs in 2016.

Specifically, the occasion was used to launch the UK:100 network's #LoveCleanAir campaign, which calls on the UK Government to create a £1.5bn vehicle upgrading programme for the nation's most polluting cars, vans, buses and heavy goods vehicles (HGVs). Backed by 16 city leaders from across the UK, the campaign is also lobbying for the adoption of the World Health Organisation's (WHO) recommended air pollution limits as legally binding targets to be achieved by 2030.

The Summit is the latest call to action after the Government’s latest clean air plan in 2017 was condemned as “woefully inadequate” by city leaders and “inexcusable” by doctors.

But this isn't simply a national problem. Globally, the WHO estimates that 90% of people are breathing poor-quality air every day, with air pollution classed as a "key factor" in the deaths of seven million people every year.

With all of this in mind, edie has rounded-up six of the most innovative solutions to the toxic air problem.

While self-cleaning and pollution-trapping pavements haven’t yet made their way to the UK, Spanish carmaker SEAT is reaping the benefits of this technology at its Martorell plant in Barcelona.

The photocatalytic paving slabs, which are made by applying titanium dioxide to cement, convert pollutant nitrous oxides (NOx) into water-soluble nitrates when they are exposed to light, oxygen and NOx at the same time.

SEAT has installed the innovative slabs across 30,000sqm of walkways in the complex to date – a move it claims will reduce its NOx emissions by 5.2 tonnes annually. The company is currently investigating whether it can apply paints with the same decontamination properties to the 147,000sqm of exterior walls on the plant’s workshops.

A cocktail of stringent T-charges, accelerated urbanisation and the evolution of online shopping is changing the role of delivery fleets. These heavy-duty vehicles are finding it harder to operate across cities, yet are one of the least developed vehicle types when it comes to electrification.

It is reassuring to see, then, that companies like Ikea are investing in low-carbon, low-emission delivery fleets which are suited to the challenge of completing last-mile deliveries. After setting a 2025 target of using zero-emission vehicles to make all of its last-mile deliveries worldwide in 2017, the furniture retailer is now using electric rickshaws to dispatch at least 20% of deliveries from its new Hyderabad store in India.

The fleet of rickshaws, which Ikea claims have been chosen due to India’s notoriously dense traffic and narrow streets, will be charged using 100% renewable power, generated by the 4,000 solar panels on the store’s roof.

With large areas of London having commonly breached annual legal limits for air pollution within the first few weeks of last year, technologies which aim to clean air in the capital are widely sought after.

One potential solution comes from Danish firm Airlabs, which has created air-filtration technology which claims to remove 95% of traffic fumes and residual airborne pollutants including nitrogen dioxide and CO2.

The air cleaning units were recently installed at Marylebone Station’s advertising stands in a bid to create clean pockets of air for customers while highlighting to the scale of the air pollution problem in London. The technology has previously been fitted at three bus stop sites in New Oxford Street, Tottenham Court Road and High Holborn as part of a campaign by The Body Shop, and are also in place at Stella McCartney’s new Bond Street store.

Contrary to popular belief, carbon isn’t inherently evil – so much so that companies like high-tech polymer supplier Covestro are treating it treat it as a valuable raw material that can enhance product specifications and cut key environmental footprints.

Another company adopting a similar mindset is Graviky Labs, a spinoff company from MIT Media Lab working out in India. The start-up is targeting tailpipe emissions from diesel vehicles, and using them as resource material for an innovative Air-Ink system.

More than 1.6trn litres of air has been cleaned by the firm's technology since 2013. The process attaches a “Kaalink” device to vehicle exhausts. The process is being kept under wraps by the firm, but the device can capture around 93% of the emissions from internal combustion engines, taking just 45 minutes to convert it to an ounce of ink, which will then be sold on as a product.

The firm also has a patent waiting for an end-of-pipe technology that will capture ultra-fine carbon emissions from diesel exhaust. The technology is still in the developmental stage and is therefore open to licensing. 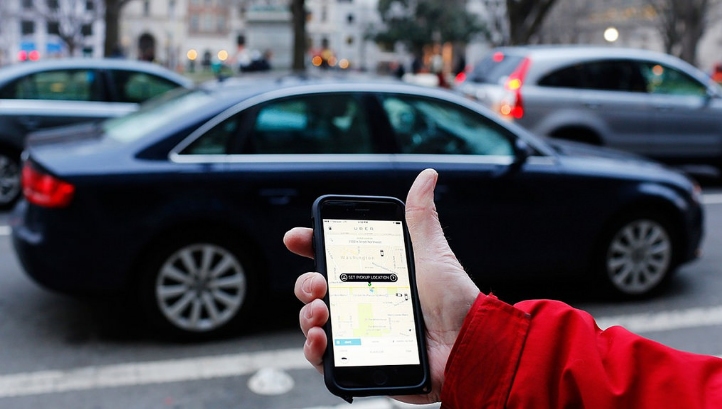 Ahead of the launch of the world’s first Ultra-low Emission Zone (ULEZ) in London, which will force vehicles meet new, tighter exhaust emission standards or pay a daily charge to travel within the zone, several firms have already begun using financial incentives to encourage low-emission transport within the capital.

Ride-hailing giant Uber, for example, recently added a 15p per-mile "eco-charge" for all journeys taken within London, with the profits set to be ring-fenced and used to support drivers wishing to purchase an electric vehicle (EV). The amount of support drivers will receive towards the cost of an EV will depend on how many miles they have logged on the Uber app, with a full-time driver working 40 hours a week expected to receive a grant of around £3,000-£4,500.

Similarly, London City Corporation is running what it claims is the capital's first "environmentally friendly" parking tariff, offering discounted parking rates for EV and hybrid drivers in a bid to incentivise sustainable travel.

Less than a week after a report found that the Mayor’s wide-range measures to tackle London's air quality crisis will "substantially" improve the health of people living in the capital's most deprived areas, Sadiq Khan unveiled plans for tens of thousands of air quality sensors to be fitted across Greater London.

These fixed units will be complemented by mobile sensors equipped to Google Street View cars, which will be able to identify areas of toxic air that the network might miss.