Nissan has confirmed a new £52m investment into its Sunderland facility that will enable the use of recycled and lightweight aluminium for the production of Qashqai vehicles to reduce the energy required for material processing. 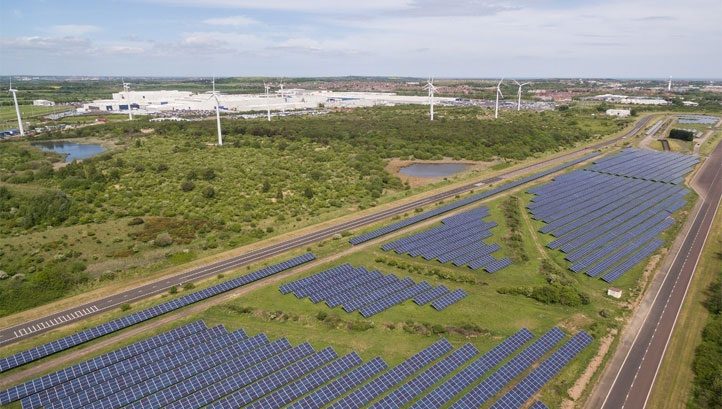 The £52m investment focuses on aluminium production at Nissan’s Sunderland plant. The automaker has invested in a second extra-large press line and a “cyclone” recycling facility that extracts scrap metal to be used by suppliers for re-production. The second press line was issued at the site last year and can produce scrap at 150km/hour while handling more than seven tonnes of metal an hour.

The metal will be used for the hood, doors and front fenders of new Qashqai vehicles, which will be stamped from aluminium alloy. Nissan claims that the body of the car will therefore be 60kg lighter than previous versions, which improves vehicle efficiency and lifecycle emissions as a result.

As the aluminium alloy is stamped into shape, scrap material is shredded, extracted and separated and returned to suppliers. The suppliers can then turn the scrap into more aluminium alloy for Nissan to use in production.

Nissan states that recycling the scrap metal will save more than 90% of the energy needed to create an equivalent amount from raw materials.

The new closed-loop recycling system will reduce waste and carbon emissions and build towards Nissan’s goal of achieving carbon neutrality across the company’s operations and the life cycle of its products by 2050.

Nissan’s vice president of manufacturing Alan Johnson said: “We continue to look for ways to make both our vehicles and our manufacturing process more sustainable and the use of lightweight aluminium in the new Qashqai is a great example.

“We continue to improve the efficiency and sustainability of our manufacturing operations and Sunderland will play a key role in meeting the company’s commitment to carbon neutrality.”

Earlier this year, Nissan unveiled plans to build a new solar farm at its Sunderland Plant. The automaker applied for planning permission for a 20MW solar farm at the plant, which is the UK’s largest single car manufacturing facility, following a community consultation.

The plant is already co-located with a 6.6MW onshore wind farm with ten turbines and a 4.75MW solar farm, if the new solar farm is approved, it will be able to meet 20% of its electricity needs with self-generated renewables.

The £52m investment comes as rumours persist that Nissan wants to use its Sunderland facility as its first “Gigafactory” for electric vehicles, rivalling those used by Tesla.

The details of the proposal were first reported by the Financial Times on Wednesday. Nissan is aiming to procure millions in Government funding to support the creation of the factory, which could produce around 200,000 batteries each year. Details suggest that the site would be overseen by Nissan’s battery maker Envision AESC.

Reports from the Guardian suggest the Gigafactory could open in 2024, and would be able to produce 6GWh of battery capacity annually – far exceeding the Sunderland plant’s current capacity of 1.9GWh.

The Government “is committed to securing investment in gigafactories in the UK” and states that the industry needs “a robust battery supply chain to realise our ambitions of making the electric vehicles of the future here in the UK”.

A 30 GWh Gigafactory has been proposed by manufacturer Britishvolt. The firm confirmed this summer that it has shortlisted two potential sites for the facility, both located in Wales. Its preferred plot is in Bro Tathan, South Wales. Britishvolt has said it will require 80 hectares of land for the facility, given that it wishes to co-locate it with a new solar farm.

Elsewhere, Coventry City Council has partnered with a local airport to develop plans for a major battery Gigafactory that would help to scale up the local EV and energy sectors.