Nissan promises £13.2bn of investment in EV revolution this decade 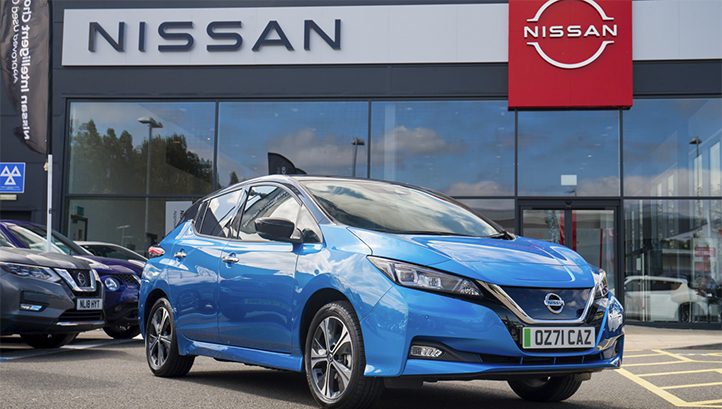 Announced today (29 November), the Nissan Ambition 2030 plans are headlined by a commitment for the brand to launch 23 new electric vehicle models by the end of the 2030 fiscal year. 15 of these models will be pure EVs and the remaining eight will be hybrid.

There is also an updated ambition for half of Nissan’s global vehicle sales to be accounted for by EVs by the end of the decade.

Nissan had previously set targets for 60% of sales to be accounted for by EVs in Japan, 23% in China and 50% in Europe by this point. There were no sales targets for the US under the previous approach and, moreover, the UK and EU had not legislated to end new petrol and diesel car sales.

Nissan is aiming to bring down its EV battery costs by 65% under the plans, by 2028. It will introduce Cobalt-free, more efficient, lithium-ion technologies. These all-solid-state batteries will be piloted in Yokohama, Japan, from 2024 and then launched to the market by 2028.

As well as vehicles themselves, there will be an accelerated investment in charging infrastructure (accounting for 10% of the two trillion yen), home energy management systems and the circular economy. To this latter point, Nissan will launch battery refurbishment services in Europe in 2022 and the US in 2025, replicating the offer it already provides in Japan.

“The role of companies in addressing societal needs is increasingly heightened,” said Nissan’s chief executive Makoto Uchida. “With Nissan Ambition 2030, we will drive the new age of electrification, advance technologies to reduce carbon footprint and pursue new business opportunities. We want to transform Nissan to become a sustainable company that is truly needed by customers and society.”

The strategy stops short of committing Nissan to full electrification of its portfolio – a move that has been announced by competitors including Jaguar Land Rover, Volvo, GM and Mercedes Benz.

Earlier this year, Nissan confirmed plans to transform its flagship Sunderland manufacturing facility into a £1bn EV hub that will feature a 9GWh battery production Gigafactory.

The UK Government is notably aiming to bring seven Gigafactories online by 2027, to support a ban on new petrol and diesel car sales from 2030.