Green groups have expressed their anger at the Government's new £16bn sector deal that pledges to align the oil and gas sector with the national net-zero target, while also ending financing for overseas fossil fuel projects, with many frustrated by a refusal to end oil and gas licensing. 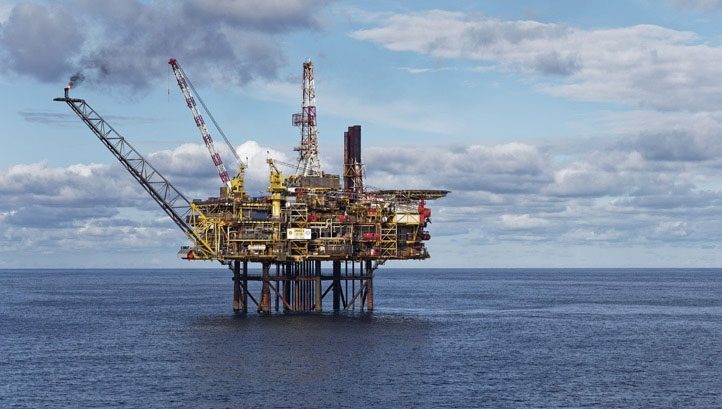 The Government unveiled its North Sea Transition Deal this morning (24 March), much to the disappointment of campaigners. The new deal promises to support oil and gas industry workers and businesses by introducing low-carbon solutions such as hydrogen production, Carbon Capture Usage and Storage, offshore wind and decommissioning.

However, no timeframe has been set for when this decarbonisation process will be completed, with the Government stating that it will be in line with its own national net-zero aspirations. Additionally, the Government has failed to rule out that oil and gas projects, largely based in Scotland and the North East, will be licensed in the future.

A number of interim targets have been set, namely for the sector to reduce emissions by 10% by 2025 and 25% by 2027 before delivering a 50% reduction by 2030. In the same timeframe, the sector will voluntarily commit to ensuring that 50% of all offshore decommissioning and new energy projects are provided by local businesses, which will support job growth.

Decarbonisation will be supported by up to £16bn in government and sector investment by 2030. This includes up to £3bn to replace fossil fuel-based power supplies on oil and gas platforms with renewable energy, up to £3bn on Carbon Capture Usage and Storage, and up to £10bn for hydrogen production.

The Government states that these measures will cut pollution by around 60 million tonnes by 2030, including 15 million tonnes from oil and gas production on the UK Continental Shelf – the equivalent of annual emissions from 90% of the UK’s homes. The deal is also expected to support 40,000 jobs across the supply chain.

Business and Energy Secretary Kwasi Kwarteng said: “Today, we are sending a clear message around the world that the UK will be a nation of clean energy as we build back better and greener from the pandemic.

“We will not leave oil and gas workers behind in the United Kingdom’s irreversible shift away from fossil fuels. Through this landmark sector deal, we will harness the skills, capabilities and pent-up private investment potential of the oil and gas sector to power the green industrial revolution, turning its focus to the next-generation clean technologies the UK needs to support a green economy.

“At every step on the path to net-zero emissions, we will create the right conditions for new green industries to base themselves in the UK and create new high-value employment opportunities, while future-proofing existing businesses to secure the long-term viability of jobs in our industrial heartlands.”

Extracting oil and gas on the UK Continental Shelf accounts for almost 4% of the UK’s greenhouse gas emissions.

While the Government has failed to rule out new oil and gas licensing, it is introducing a new Climate Compatibility Checkpoint before each licensing round to examine the compatibility of projects with the UK’s climate goals. The Government will share details of this checkpoint later in the year.

Investment into net-zero technologies such as floating offshore wind and clean hydrogen could capture up to £125bn in annual benefits from the North Sea energy sector.

Analysis by OGTC and Offshore Renewable Energy Catapult, published in November, found that new policies that attract investment into the North Sea energy sector could support 232,000 jobs as part of the net-zero target for 2050. This would deliver a 66% increase on current levels.

The report warns that failure to support the already struggling sector could result in the UK becoming a buyer, rather than supplier, of green energy and technology.

The Scottish Government’s Expenditure and Revenue Scotland (GERS) report for 2019-20 shows that the nation’s share of North Sea energy tax receipts fell by almost 50% over a 12-month period to £724m. This was attributed to a decline in production and the closure of certain plants.

In more positive news, the Government has confirmed a date for the ban on overseas support for fossil fuel projects and businesses.

Prime Minister Boris Johnson announced back in December that the ban would be implemented and the Government has today confirmed that from 31 March, no support will be provided for overseas fossil fuel projects.

More than £20bn of oil and gas exports has been funnelled into overseas energy projects through trade promotion and export finance in the last four years. However, the Government has faced continuous criticism over the allocation of finance, which has favoured fossil fuel projects.

“Refusal to rule out new oil and gas licences when the evidence is already clear that they are incompatible with UK climate commitments is a colossal failure in climate leadership in the year of COP26.

“While the government has rightly recognised the need to set a global example in ending fossil fuel finance abroad, its domestic plans for oil and gas continue to fall woefully short, giving mixed messages on the world stage.

“Instead of finding ways to prop up this volatile and polluting sector, a better proposition for workers and communities would be for the government to confirm a ban on new licences, and put all its energies into a nationwide programme of retraining, reskilling and investment in renewables and green infrastructure.”

“The Government has made another bailout to the oil and gas industry sound like the green revolution. This announcement talks big but there are no clear conditions to ensure secure, well-paid jobs and relies on controversial and unproven technologies.

“The UK Government’s refusal to end oil and gas licensing is an insult to its international climate obligations and puts support for a faltering industry ahead of a liveable future. We need an industrial strategy that puts workers and their trade unions, communities and the planet first.”

“Even teenagers like us can see that the government’s numbers fail to add up. The government is betting our futures on risky, unproven technologies like hydrogen. We know what needs to be done: both climate science and climate justice demand a managed phaseout of oil and gas production and a just transition, directed by workers, their unions and the most marginalised communities. This has to start today.” Lola Fayokun, youth climate activist

“This decision has completely exposed the outrageous hypocrisy inherent in the UK Government’s approach to the climate emergency which is a mix of denial and delusion with devastating consequences.

“The science on this is already crystal clear, burning fossil fuels is the key driver of this crisis so to avoid climate breakdown there can be no new licenses and existing production must be wound down over the next decade – a new ‘climate compatibility checkpoint’ isn’t going to change that reality.

“With the UN’s climate talks coming to Glasgow in November the Government may be hoping they can hide their fixation with fossil fuels behind this test, but with Ireland and Denmark already bringing an end to new licences, people will see through such cynical efforts.

“This announcement and the details of the North Sea Deal lets the polluting corporations controlling the oil and gas industry off the hook and badly fails workers and communities by failing to plan for a well managed and just transition in line with climate science.”

“For a government usually so keen to set targets, the absence of an end date for extracting fossil fuels from the North Sea is a glaring omission. The days in which oil and gas receipts topped up Treasury coffers are long gone, with our ageing oil and gas infrastructure increasingly a drain on national finances.

“It is clear that the energy future of our seas is renewable. A bold announcement on ending oil and gas extraction in the North Sea whilst supporting jobs and workers through the transition would have made waves comparable to plans to stop generating electricity from coal and ending the sale of petrol and diesel cars. With the UK hosting this year’s UN climate summit for the first time ever, this is surely the time for bold action on ending our reliance on fossil fuels.”

“This North Sea Deal recognises the importance of helping all key economic sectors and their workforce transition towards net-zero emissions and is, therefore, an important step forward. With the right policy framework and low carbon skills strategy, the move to net zero emissions can create significant employment opportunities for the UK’s oil and gas workforce, whose skills will be much needed in contributing to the huge infrastructure deployment challenge facing the UK in areas such as marine renewable energy, carbon capture and hydrogen. Putting in place a detailed net-zero strategy in the near future will be key to ensuring that the transition to net-zero emissions can occur in a timely fashion and in a way that delivers economic and social benefits to the UK.”

“Tackling the net-zero emissions challenge in a way that is credible and effective requires the UK’s domestic and global climate policy to be consistent. We strongly welcome the UK’s commitment to stop funding fossil-fuel projects overseas and would call on any exceptions to be strictly limited, based on transparent and very tightly defined criteria.”

“The energy transition is full-steam ahead. Government is seeking to support the transition and corporate strategies that have been, and continue to be, redrawn based on policy being set.

“Human capital is key to delivering the transition – be that experience of delivering large-scale, capital intensive projects in energy companies, development of nascent technologies in the tech industry or designing new energy efficiency solutions in the digital sector. Government support is welcome as part of ensuring that those skills are effectively captured today for the benefit of the speedy pursuit of the transition.”