Retailer Ikea's charitable foundation is allocating a £4.5m grant to the University of Oxford's Sustainable Finance Group, which is working to help the UK's financial sector align with the Paris Agreement's climate pathways. 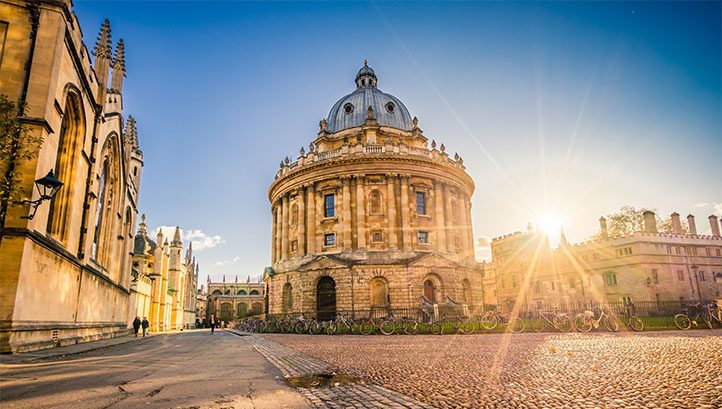 Pictured: Smiths School of Enterprise and the Environment

The grant package, confirmed on Monday (22 November), will be allocated over a three-year period and support four of the Group’s research, development and innovation projects. Each project will support the financial sector in divesting and engaging in a manner consistent with net-zero by 2050 and capping the global temperature increase to 1.5C.

A project working to gather and publish “consistent, comprehensive and accurate” data about the historic and current emissions from high-emitting sectors, on an asset-level basis, is the first to receive funding. It is called the Spacial Finance Initiative and it is hoped that it will improve transparency, making it easier for financial firms to measure and manage financed emissions and climate-related risks. This information could then also be disclosed to businesses and the public.

The second project, the Energy Transition Risk and Cost of Capital Project, is working to track changes in the cost of capital for polluting industries and companies amid the growing net-zero movement. Factors that are pushing up costs include policy and regulatory changes and changing investor demands. As well as helping investors measure and manage risk, the project could help policymakers forecast the impact of stricter requirements in more granular detail.

Also receiving funding is the Group’s Public and Third Sector Academy for sustainable finance, which will provide public sector and civil society organisations with the expertise they need to design effective policies, regulations and campaigns for driving a just low-carbon transition among investees. The Academy launched this year and is already supporting central government organisations, local authorities, regulators, NGOs and charities.

The fourth and final project from the Group to receive the Ikea Foundation’s support is a new ‘Future of Engagement’ workstream. This is due to launch next year and will develop, pilot and scale new processes for financial institutions to engage with high-emitting businesses on climate action.

Earlier this month, UK-based asset owners with investments of more than £5.9bn, including universities and NGOs, urged their asset managers to implement more “robust” escalation policies for firms that do not take on board requirements from engagement. There has been much discussion this year on whether engagement processes are transparent enough and whether they should, ultimately, have a fixed end date at which point divestment would be used.

The Oxford Sustainable Finance Group’s director, Dr Ben Caldecot, said that all four projects are potentially “transformative interventions” that are “about going after the big wins, not slight improvements and incremental change”.

The Ikea Foundation’s head of climate action Liz McKeon added that the global mission to cap the temperature increase to 1.5C will not be successful without “interventions from – and change within – the finance sector”.

She said that academic institutions can “provide the north star” in terms of gathering and disseminating information that can help ensure policy and business decisions are made with climate front-of-mind.

Back in April, to mark Earth Day, the Ikea Foundation outlined plans to spend an additional €1bn on initiatives supporting the low-carbon transition within five years.

This will be no mean feat. The Government has repeatedly been criticised for excluding sector-specific information for finance in policy packages intended to support its overarching net-zero goal, seemingly relying on private sector leverage rather than new mandates for finance firms in the most part. The Bank of England has also come under fire.