Reconomy has been investing in technology to modernise and improve its waste management practices for many years. Across the construction industry there continues to be an ongoing discussion around digitisation, with clear and positive arguments for an evolution in systems, processes, and methodologies. 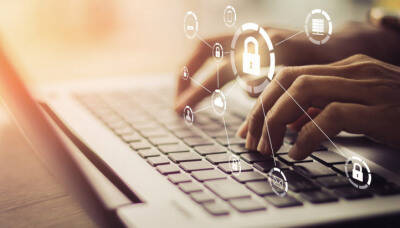 Reconomy has been investing in technology to modernise and improve its waste management practices for many years. Across the construction industry there continues to be an ongoing discussion around digitisation, with clear and positive arguments for an evolution in systems, processes, and methodologies. The benefits of a digital approach are well established, facilitating greater transparency and automation, which ultimately drive improvements in collaboration and productivity.

Using its unrivalled dataset from within the commercial construction sector, Reconomy calculated that over a 12-month period between January 2020 and February 2021 large construction contractors were, on average, each responsible for processing approximately 18,000 waste management transactions. Accompanying each of these transactions were the frequently unseen costs of manually placing orders, raising purchase orders and processes invoices – with these costs inevitably being higher when using traditional methods such as emails and telephone calls.

In contrast, an estimate by research and analysis group, Gartner, reported that carrying out these processes using automated methodologies can be as much as 20 times more cost effective. Furthermore, it also provides more dynamic and accurate data, together with a future-proofed and sustainable way of operating, with less waste in both time and materials.

Having championed the argument for digitisation to both its client base and the wider waste industry, in September 2020 Reconomy completed the implementation of what was believed to be the waste sector’s first large-scale ‘PunchOut’ procurement catalogue, in partnership with the construction and infrastructure giant Balfour Beatty.

The implementation of the PunchOut catalogue was supported by a comprehensive engagement and training programme which saw the Reconomy team carry out virtual presentations to approximately 300 Balfour Beatty staff during their well-established ‘lunch & learn’ sessions.

PunchOut works by removing the need for multiple emails or phone calls relating to individual orders, ensuring transactions instead take place in a secure and controlled procurement environment. PunchOut’s guided purchasing journey also ensures that correct waste containers are requested for the relevant waste stream before being run through Balfour Beatty’s regular approval processes and creating an order to Reconomy to fulfil. This is helping to eradicate human error along with any costly waste handling charges for procuring incorrect skips or containers.