The energy performance and carbon management company that helps corporates such as Tesco and Pukka Herbs to set ambitious science-based targets is 'walking the talk' on sustainability. 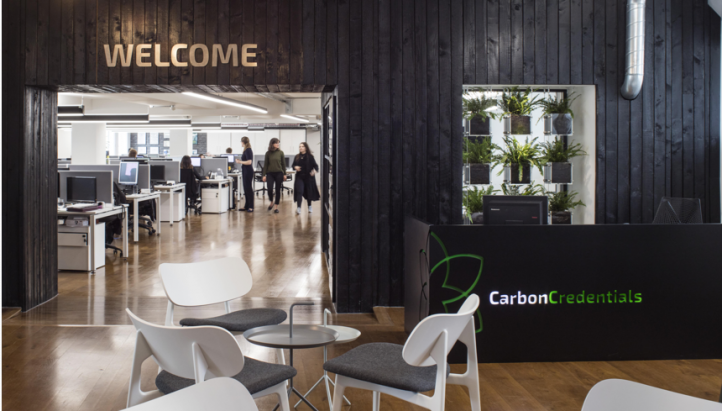 Carbon Intelligence is leading the way in the nation’s call to be net zero by becoming the first zero carbon company to have its climate goal – to maintain zero operational emissions and dramatically cut (Scope 3) value chain emissions by 2030 – approved by the Science Based Targets initiative (SBTi).

Since 2010, the energy performance and carbon management experts have been helping organisations connect sustainability with business value and have supported 1 in 6 SBTi approved companies in the UK. These businesses include Tesco, which became the first corporate to have official targets aligned with an ambitious 1.5°C target.

The intelligence driven company is ‘walking the talk’ on sustainability, joining the likes of Marks and Spencer, Unilever and Pukka Herbs in the UK in having its targets approved. The SBTi independently assessed these companies’ operational emissions targets to be in line with keeping global temperature rise below 1.5°C.

Carbon Intelligence is growing fast and joins an important group of SMEs that comprise just 8% of the 210 companies worldwide to have had their science-based targets approved.

Paul Lewis, CEO of Carbon Intelligence says: “I am proud that we are utilising our experience in implementing ambitious sustainability strategies for clients to shine a spotlight back on to our own actions and behaviours. We’re showing first-hand the benefits of aligning sustainability to business value by setting science-based targets.

“We know it’s going to be difficult because we’re growing, but it’s the right thing to do. We want to demonstrate our own ambitions to help tackle the climate crisis that we are in, as well as supporting our clients such as Tesco and Pukka Herbs to build their pathway to zero carbon emissions.”

Since 2017, the carbon management specialists have been establishing their Scope 1, 2 and 3 targets for submission to the SBTi. As a company that doesn’t burn fuel and procures renewable energy derived 100% through wind power, its Scope 1 and 2 goals for its direct business operations, are set on maintaining zero emissions.

Emissions occurring from sources not owned or controlled by the company (scope 3) – are Carbon Intelligence’s most significant environmental impact. Setting highly ambitious Scope 3 targets has therefore been imperative to the company’s purpose to enable a zero-carbon economy.

Carbon Intelligence’s commitment is to reduce emissions from purchased goods and services by 65%, to cut business travel emissions by 40%, and to encourage 30% of suppliers to set their own science-based targets.

Paul Lewis continues: “The European Climate Foundation has called for net-zero emissions societies by 2050 so companies must be ambitious in their targets if we’re to have any hope of meeting this benchmark and it’s why we’ve set ourselves a goal for 2030.

“Science-based targets are becoming the new standard. I’m proud that we are supporting many of the organisations signing up to the SBTi from professional services, telco, finance and real estate and yet, so much more needs to be done.

“Carbon Intelligence’s own research on 2,000 companies recently found that only 10% have set a carbon reduction target but with 66 companies signing up to the initiative this year alone we expect that percentage to change. More companies are waking up to the fact that setting ambitious targets is becoming the new normal, and to hesitate means being left behind.

“Now that we have our own science-based targets formally approved, we can independently show that doing the right thing for the environment also drives business growth.”

Want to find out more? Download our Guide to Science-Based Targets