Centrica Business Solutions is set to start injecting hydrogen into its existing gas peaking plant at Brigg, Lincolnshire, as part of a UK first trial with HiiROC aimed at better understanding the role of hydrogen in power production. 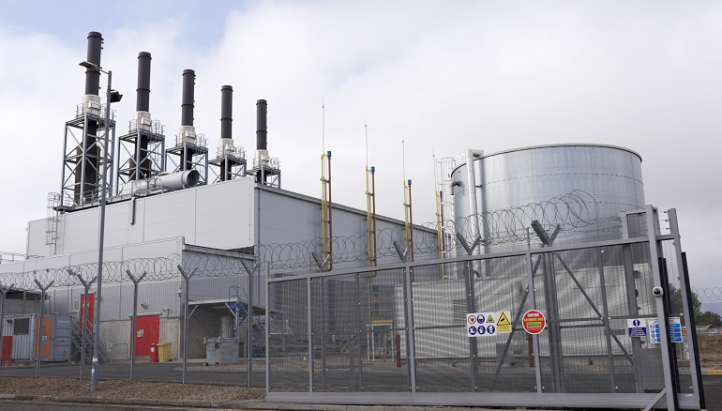 –Centrica increases shareholding in HiiROC to 5 per cent

Centrica Business Solutions is set to start injecting hydrogen into its existing gas peaking plant at Brigg, Lincolnshire as part of a UK first trial with HiiROC aimed at better understanding the role of hydrogen in power production.

The 12 month trial will be part funded by a £553,000 grant from the Net Zero Technology Centre (NZTC), which has given 20 projects a total of £8m. Each is aimed at developing technology which could reduce emissions offshore, accelerate clean energy production and enable the delivery of the UK’s net zero ambitions.

The 49MW gas fired plant at Brigg is designed to meet demand during peak times or when generation from renewables is low, typically operating for less than three hours a day. Mixing hydrogen in with natural gas reduces the overall carbon intensity.

It’s anticipated that during the trial, getting underway in Q3 2023, no more than three per cent of the gas mix could be hydrogen, increasing to 20% incrementally after the project. Longer term, the vision is to move towards 100% hydrogen and to deploy similar technology across all gas-fired peaking plant.

Because the byproduct comes in the form of a valuable, solid, pure carbon it can be easily captured and used in applications ranging from tyres, rubbers and toners, and in new use cases like building materials and even as a soil enhancer.

Greg McKenna, Managing Director of Centrica Business Solutions, said: “Gas still plays a huge role in maintaining a secure, stable supply of power in the UK, with around 40 per cent of our power coming from natural gas. So, it’s vital that we find ways to reduce the carbon intensity of gas plants like that at Brigg.

“We’re delighted to get the grant funding from the NZTC in order to explore the role of hydrogen in providing the low carbon back-up power we’ll need in order to maintain security of supply as more renewable energy comes on stream.”

Tim Davies, HiiROC’s CEO, commented: “This exciting project with Centrica and the NZTC at the Brigg facility will be a first step on the journey to enable the decarbonisation of gas peaking plants. With the continued and crucial rollout of renewable energy generation, intermittency of power supply is a key issue, and the programme we are developing with Centrica will explore routes to address intermittency without generating CO2 emissions.”

Ahead of the trial, Centrica has increased its stake in HiiROC to approximately five per cent. In November last year, HiiROC announced a ~£28 million funding raise with new investors in partnership including Melrose Industries, HydrogenOne, Centrica, CEMEX, Hyundai, and Kia, who joined existing strategic investors Wintershall Dea and VNG.

“HiiROC is pleased to have agreed Centrica’s extended commitment through their increased equity stake, cementing a fantastic partnership to enable Centrica and the UK to reduce emissions and generate low carbon hydrogen,” added Tim Davies.

Alexander Stafford MP, Chair of the Hydrogen All Party Parliamentary Group, said: “This is the first time hydrogen will be used within a grid connected gas fired power plant in the UK, making this trial an important step forward towards realising the role hydrogen can play in decarbonising our energy system. It is an exciting milestone that will help accelerate the transition to a hydrogen economy and its role in achieving Net Zero. The All Party Parliamentary Group on Hydrogen will be following the progress of this trial keenly.”